After two Provosts of the Jawaharlal Nehru University resigned from their posts in quick succession, the Provost of Paschimabad-II Khand, Dr Shakti Kumar, Paschimabad-I Khand, Dr Neerja Samajdar and of the Dakshinapuram Khand, Dr Bhaswati Das, rejected the Draft Hostel Manual after the students presented them with an option to resign or reject the manual post-discussion. The JNU Students Union has circulated a copy of the signed letters across social media platforms and said that they are in conversation with the fifth Provost as well. 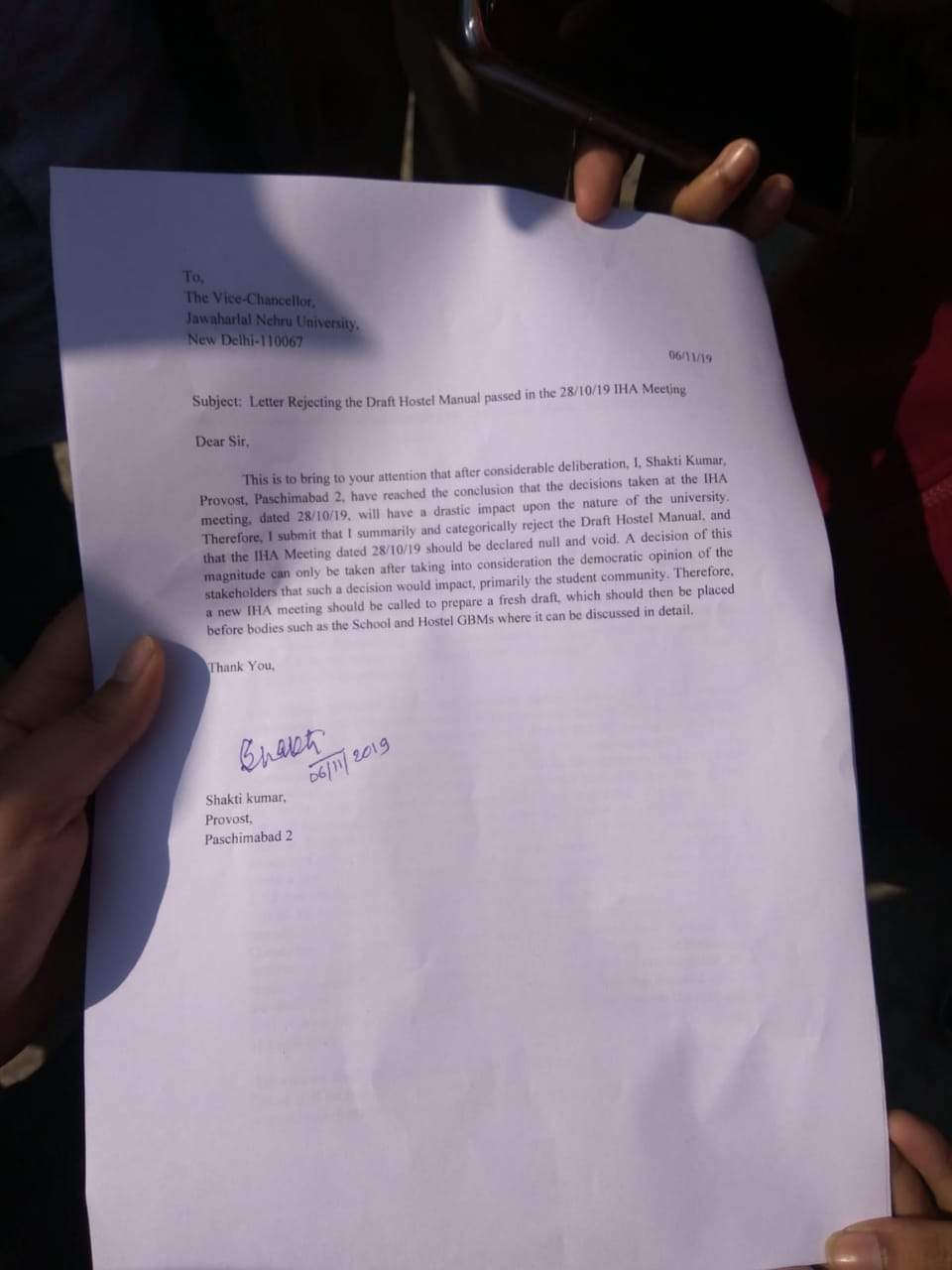 Dr Kumar in his letter said that after a lot of deliberation he has reached the conclusion that the decisions taken at the IHA meeting on October 24 will have a drastic impact upon the nature of the university. "I submit that I summarily and categorically reject the Draft Hostel Manual and that the IHA meeting should be declared null and void," said the letter. "A decision of this magnitude can only be taken after taking into consideration the democratic opinion of the stakeholders that such a decision would impact primarily the student community. Therefore, a new IHA meeting should be called to prepare a fresh draft, which should then be placed before bodies such as the School and Hostel GBMs where it can be discussed in detail," he added. Dr Das signed a similar letter but also said that there are specific clauses that she would reject categorically. Dr Samajdar also signed the letter rejecting the draft manual.

The students presented the Provosts and the wardens with a list of 12 concerns and objects they had regarding the draft manual. "We asked them the rationale behind implementing the manual. If they can tell us why they signed the manual and give reasons for it, we would happily have a conversation to discuss our points. But at the end of it, if they cannot justify their signature on the manual, then they should either resign or reject the manual. This is the only logical step," said Saket Moon, Vice-President of the JNUSU. "Dr Kumar has realised that the hostel manual is regressive and will affect us negatively. Thus he decided to reject it," he added.

There are continuous protests going on at the Narmada Hostel in the Pashchimabad-I and this will continue till the administration discusses the issues with the students, the protesting students said.

The Provosts look after the affairs of their respective Khands or group of hostels and advise Wardens on matters relating to their functions.