According to a 2018 amendment made in The Scheduled Castes and the Scheduled Tribes (Prevention of Atrocities) Act, a special court was set up for the trail of Dalit and tribal communities

On October 25, a special Protection of Children from Sexual Offences Act (POCSO) court in Palakkad, Kerala acquitted 3 accused rapists. They were under trial for the rape of two Dalit sisters, aged 13 and 9 from the Walayar region. The case dated back to 2017 when the older sister was found hanging and later the younger sister was found under the same circumstances, 52 days later. Further post-mortem investigations found evidence of sexual assault. Their parents, who were construction workers, reported their children as being murdered. Protests erupted across the state demanding justice for the girls

Mary Alexander is a prominent member of Sakhi, a women's resource centre based in Trivandrum. Along with a strong team of experts, she visited Walayar on a fact-finding mission to find out how those in charge had mismanaged the case of the sisters. She says, "As a community, the Dalits in Walayar are completely isolated. There was and continues to be, no mechanism in place to protect young children like the sisters. Just like they had, there are a number of other girls suffering in the region because neither does the panchayat or police officers provide them any actual safety."

"What are our child protection organisations or women's rights commissions for if they are not able to reach those who are most vulnerable?" asks Mary. "They should not be there just to speak meaningless words after a tragedy, we depend on them to prevent anything of the sort from happening at all!" 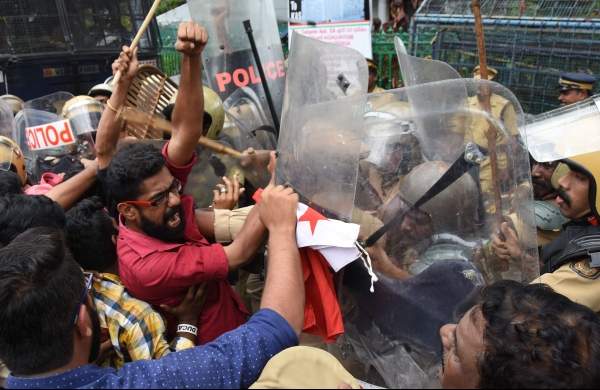 FIGHTING INJUSTICE: The case dated back to 2017

"This case is not exceptional," says Preetha KK, Law Officer of the Human Rights Law Network. According to a 2018 amendment made in The Scheduled Castes and the Scheduled Tribes (Prevention of Atrocities) Act, a special court was set up for the trail of Dalit and tribal communities. "A majority of the cases that are tried in the special courts end in settlements. Even in cases of rape, the punishment rates are extremely low."

Preetha continues, "The judgements are always against Dalits. The police investigations are either delayed or full of loopholes. They do not take these cases seriously. Just look up the Jisha murder case of 2016. In this specific case, those who were investigating the case were discussing the mother's morality and questioning the parent's conduct instead of asking any of the right questions."

The children would stay at home when both their parents used to travel daily to Palakkad for work. Preetha continues, "We still look at it from our middle class, blue-collar perspectives. If these parents did not work hard enough, the family would have been living in starvation. We simply do not understand their lives."

Preetha explains that it was pure negligence from the side of the police and the lack of experience of the prosecution appointed by the court that had failed the girls. "They have no Dalit perspectives. They do not even speak their language. The parents of the children went to court without being prepared on how they had to behave or what they had to speak about, because the gap in representation is that wide. When such incidences continuously occur to one section of people, it is undoubtedly because of their vulnerability. And they were discriminated against, specifically because of their weakness."

On October 29, L Murugan, Vice Chairman of the National Commission for Scheduled Castes (NCSC) said that the organisation summoned the Kerala Chief Secretary and state police chief to Delhi to discuss the handling of the case. A representative from NCSC's Kerala wing confirmed that all their files have been transferred to Delhi and that all the proceedings in investigating the conduct around the case will continue from there.