The protestors walked towards Manicktala, where their rally crisscrossed with the TMC rally, eventually leading to a police lathicharge

An independent protest was called by students from several institutes in Kolkata after the violence that took place during BJP President Amit Shah's roadshow on Tuesday evening. The protest, which was non-violent and apolitical began at 4 pm from College Square, adjacent to the main campus of the University of Calcutta and continued till Hedua — with over 500 students taking part from various colleges in Kolkata, until the TMC rally crossed paths with them, eventually leading to a lathicharge by the cops which dispersed the students. 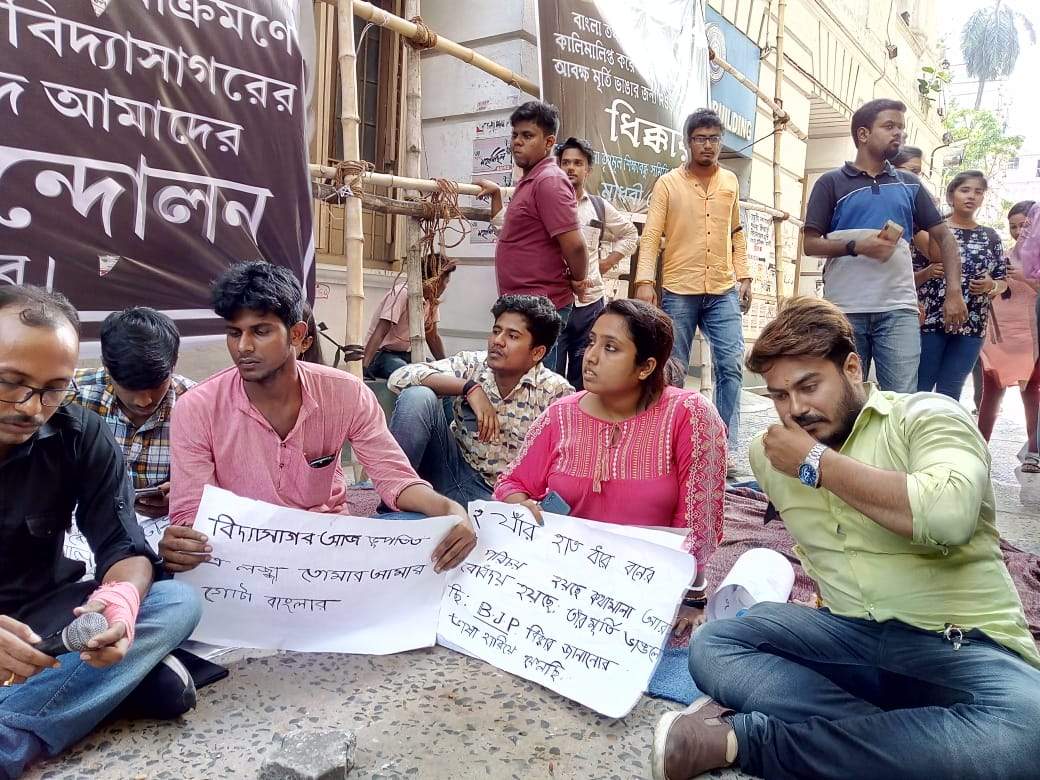 "We gathered around 4 pm at the designated protest site. Around 4.15 pm we began our rally, straight from college street, passing by Vidyasagar college and I would say it was a huge success. Almost 500 to 600 students participated, professors and veterans also joined in. After we reached Hedua, another TMC rally was being held so ours was officially dispersed. However, a section of students continued the rally through Manicktala, they were lathi-charged by the police near that area, we do not exactly know why though. Our protest was peaceful all throughout. Our professors provided immense support and we are grateful for that," said Sampurna Banerjee, a Masters student from Calcutta University.

The Communist Party of India (Marxist) also took out a protest march in the city this morning to condemn the violence during Shah's rally on Tuesday. The party has criticised both Trinamool Congress and the Bharatiya Janata Party for the violent clashes on Kolkata streets. "A protest was already ongoing at College street by the Trinamool Chhatra Parishad (TMCP) members. The CPIM conducted theirs in the same area and another was conducted by All India Students' Association (AISA) in places near the university campus," an ex-student said, who wanted to remain anonymous. 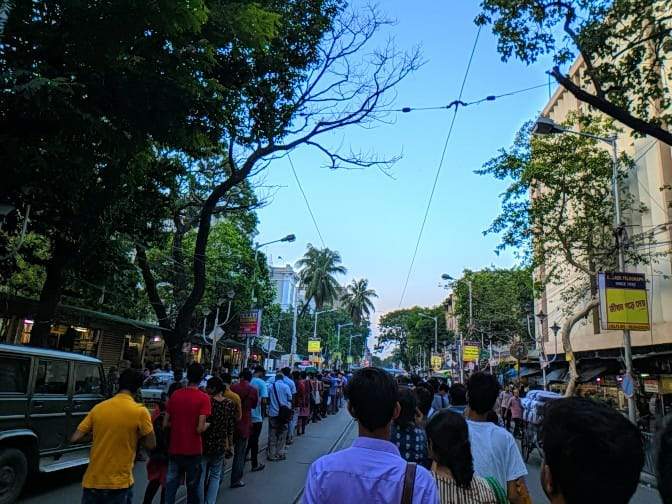 A scene from the protest rally

The Election Commission is expected to hold a meeting with West Bengal observers via video conferencing to discuss the violence. Vidyasagar College, which was ransacked during the clash has been left with shards of glass lying around the campus premises and burnt two-wheelers lying outside the gates.