Condemning PM Modi's remarks on former Prime Minister Rajiv Gandhi, over 200 Delhi University teachers have issued a public statement. The teachers said in their letter that the Prime Minister has 'lowered the dignity of the office of the PM by making derogatory and untrue remarks' about Gandhi  and said that no PM had ever stopped to this level before.

Two days ago, Modi had targeted Gandhi during one his speeches at a rally. Speaking about Rahul Gandhi, Modi had said, "Your father was termed Mr Clean by his courtiers but his life ended as 'Bhrastachari (Corrupt) No 1." Today, the DU teachers released their statement and it reads - "History records the deeds of the good and the noble, but rarely does it pay attention to the carping of lesser individuals. When India beat back the invaders from Kargil, our soldiers shouted slogans praising Rajiv Gandhi for the Bofors gun even though Rajivji had been martyred a decade ago." 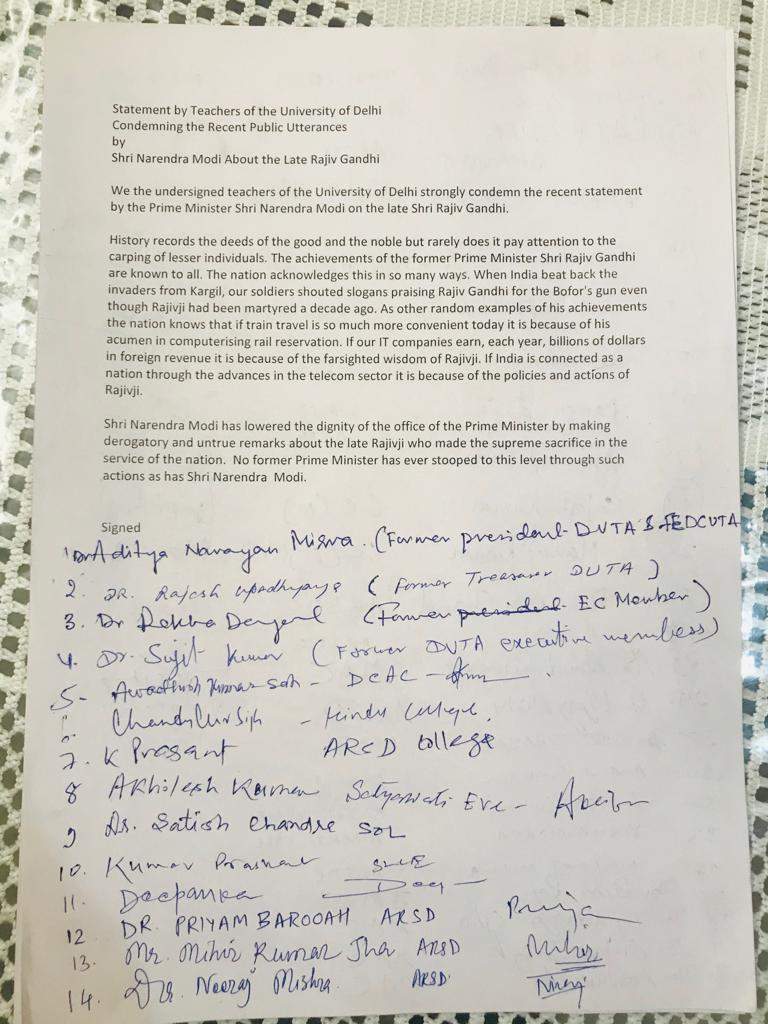 The statement which was published on Twitter by Sam Pitroda, a Congress leader,went on to appreciate Gandhi for his work in computerising railway reservations and also his work in the field of IT, "If our IT companies earn, each year, billions of dollars in foreign revenue it is because of the farsighted wisdom of Rajivji. If India is connected as a nation through the advances in the telecom sector it is because of the policies and actions of Rajivji," the statement said.