When he was in school, little Mari didn't study from his textbooks. He, like lakhs of other children from matriculation syllabus, turned to the Konar Tamil Urai, the guide book. It was unlike regular guidebooks, the Konar books explained the lessons (from Math to Science to Languages) in simple words, with stories and real life as examples. The way a good teacher would, the kind who reached out to both the brain and the mind and took examples from their everyday lives to make them understand a concept and not just push them to mug it all up. The kind of teacher you never forget.

This little Mari we speak about is today Mari Selvaraj, the director who set the box office on fire with his heart-rending film Pariyerum Perumal BA, BL. The film told the story of a young Dalit man aspiring to become a lawyer and the torturous casteist circumstances he's put through in his time at the law college. Hidden Gem: Pariyerum Perumal was a highly acclaimed film. In fact, it only released in a few theatres but due to audience demand the screenings multiplied throughout the TN and other states

Two days ago, Selvaraj's wife, Divya Selvaraj, who is an English teacher in a government school in the city excitedly called him on the phone. Her mother, who was a Tamil language teacher had just told her that Pariyerum Perumal was one of the answers to a question in the Konar Tamil Urai guide book.

The question was — Talk about a film you've watched and describe the different Meypaadugal that it has managed to deliver. The writer of the Konar Urai chose Pariyerum Perumal to explain these eight emotions. If a film can get you to experience even one emotion deeply, it is enough to know you've got a winner. But Mari Selvaraj had managed to make the audience feel all eight — nagai (comedy), alugai (sorrow), sirumai (defame), marugai (reform), acham (fear), perumai (pride) and sinam (anger). 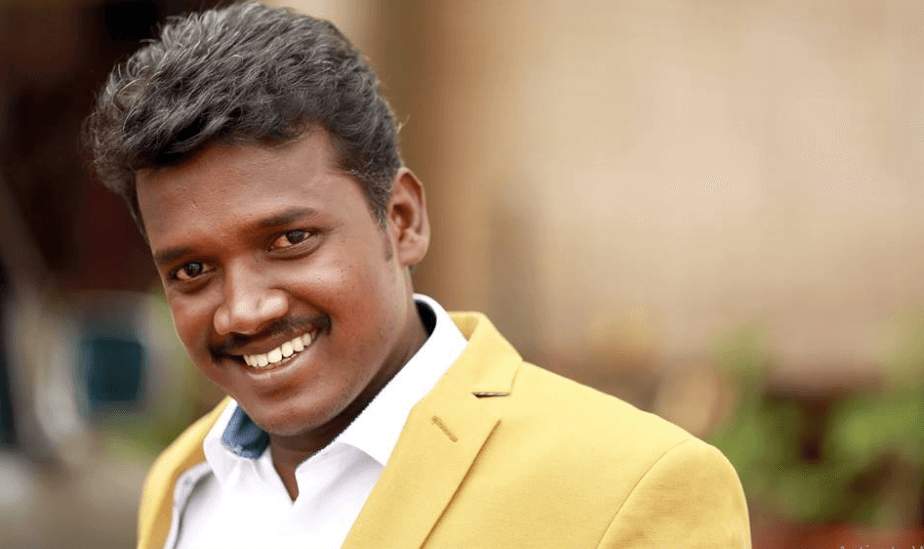 Neelam Production: Mari Selvaraj worked for many years as an assistant director and then got his big break when he narrated his script to Pa Ranjith, who agreed to produce the film

"When you make a film, you only get two-and-a-half hours to make your audience feel what you want them to feel. That's barely any time to get your point across but seeing this essay in Konar has made me feel like I managed to do that. I actually cannot believe it but it makes me so happy to know that I've managed to convey exactly what I wanted to and that students will actually get to read about it too," Selvaraj said.

But this isn't the first time something like this is happening to Selvaraj. The first ever short story that Selvaraj wrote was so well received that the Thanjavur University actually included it in their Tamil syllabus. That story too was one of a man who fights oppression, "It was a story I could tell because I came from that same background." So this isn't new, but Selvaraj is thrilled anyway — after spending 12 years in the industry to have a film that not only did wonders at the box office but also left a lasting impact and now, become a part of school education.

Selvaraj's connection with the Konar Urai runs deep. "From the 6th to the 12th I only used Konar especially for students like me who are not so good at studies. We didn't just have to by-heart everything, it helped us understand and analyse," he explained. 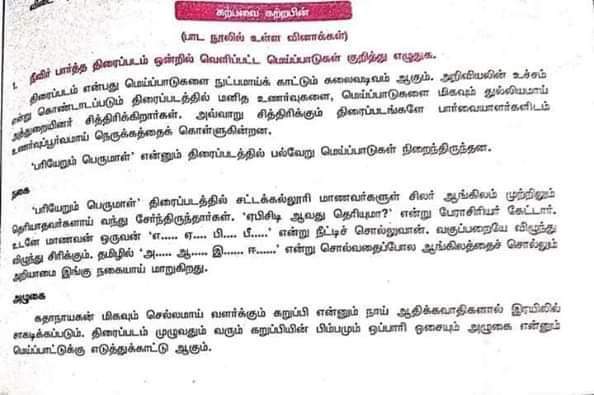 Full Circle: Mari Selvaraj's wife Divya who is an English teacher in a government school was the first to call him with the news

Another interesting point that the award-winning director says is that the Konar books made students be themselves. How does a book manage to do that? "I didn't have to be someone else, someone who pretended to know everything and just mugged up everything. We could be ourselves because the books would appeal to our individual understanding. They would give us examples that we could identify with and that's why I was able to learn," Selvaraj explained.

For this article, we spoke to someone who also relied completely on the Konar books as a child. When we asked them about what they thought of the movie reference in the book, they said, "When I was growing up, for questions like these, the Konar author would use an old mythological tale to explain something like the Meypaadugal. You see we had to imagine these stories, we didn't really believe them so we would anyway have to just by heart the answer. If I was in school and had Pariyerum Perumal as an answer it would have made such a difference because I know it and I've seen it and its easier to identify. I would have aced the exam!"

Which is why for Selvaraj, finding the film as a reference in the Konar is probably equivalent to an award, "I didn't expect that Pariyerum Perumal would have such a massive impact on people. Now it actually makes me scared, scared that I might not be able to reproduce this in my second film. Let's see," he smiles.