The agitating junior doctors of Kolkata have called for a protest march from Nil Ratan Sarkar Medical College and Hospital in Sealdah to Calcutta National Medical Collge near Park Circus in the city at 5 pm on Friday. Medical colleges across India including the AIIMS in Delhi and even doctors from various countries like Japan who expressed solidarity have joined the protest. They are demanding better security and condemned the recent attacks of junior doctors in Kolkata and the rest of West Bengal. 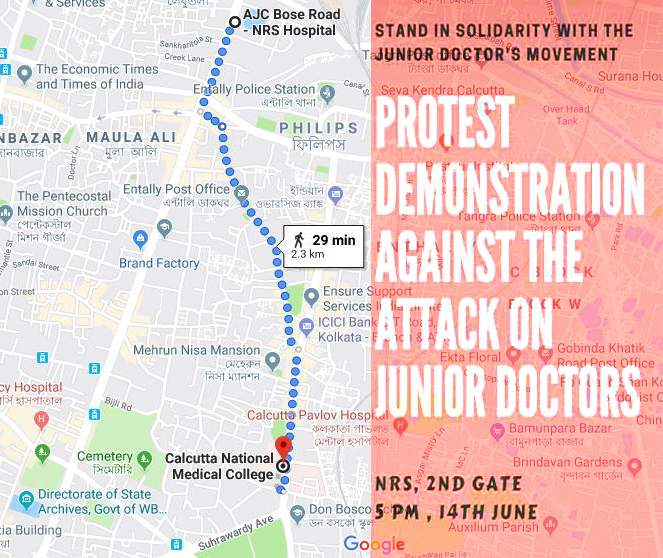 The young doctors welcomed any concerned citizen to walk with them in protest of the attacks on doctors across the state and promised that there will be no political force involved. The march is being supported by student organisations like AISA and AIPF as well. "We do not have any political agenda whatsoever. We welcome you to join us as we walk in protest of the attacks on junior doctors. This is not a political show. We are serious about our demands," said a student of the NRS Medical College. "There have been repeated attacks on junior doctors who are still fighting for their lives. Their lives could be ruined. In what world is any of this justified? In what world is there absolutely no positive response from the state government in support of the doctors?" asked a resident doctor of the same college. 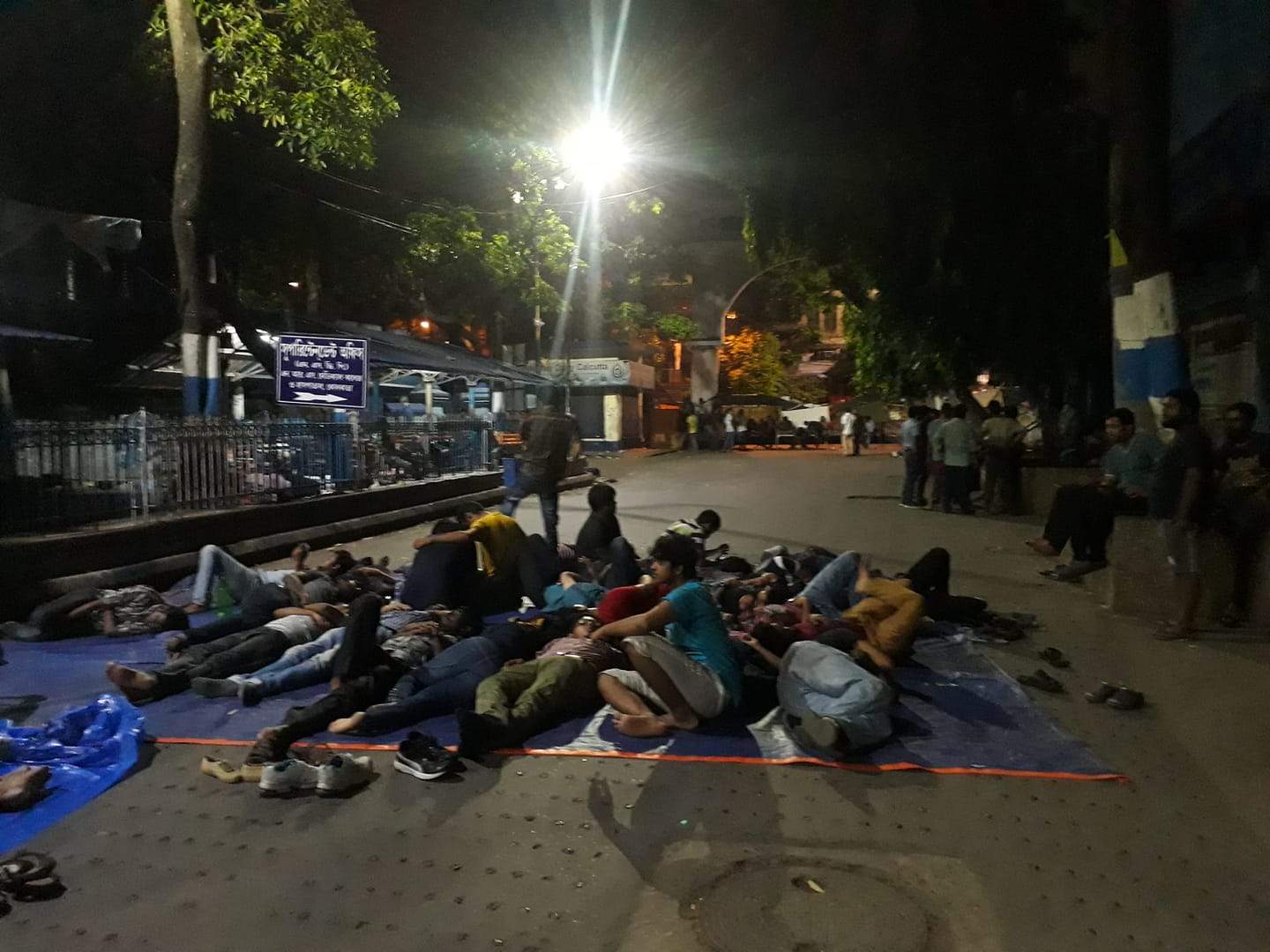 Living in Fear: The students said that they were scared to stay inside the hostel after the CM had ordered to vacate the premises if they did not comply (pic: Facebook)

West Bengal Chief Minister Mamata Banerjee on Thursday had warned agitating junior doctors across the state that action will be taken against them if they failed to resume work by 2 pm. But her threat went in vain. "The CM had said that if we didn't stop the protest we will have to vacate the hostels. But it sounded more like a threat. We were scared and decided to stick together. We spent the whole night in the lecture halls," said a resident doctor of the SSKM Hospital. Banerjee reached the state-run SSKM hospital at 12.10pm on Thursday and had directed police to vacate hospital premises, asserting that no one other than the patients should be allowed on the campus.

She also alleged that the agitation was a part of the conspiracy of rival parties. "I condemn the agitation. The junior doctors' agitation is a conspiracy by the CPI(M) and the BJP," Banerjee, who also holds the health and family welfare portfolio, said. "The BJP, with help from the CPI(M), is indulging in Hindu-Muslim politics. I am shocked to see their love affair. BJP chief Amit Shah is encouraging his party cadre to create communal tension and run propaganda on Facebook," Banerjee said. She contended that outsiders had entered medical colleges and hospitals to create disturbances. Senior BJP leader Mukul Roy had alleged that members of a particular community had carried out the attack on doctors and that the perpetrators belonged to the TMC.

Even though a few Emergency wards and OPDs were operational again the protesting doctors said that their agitation and cease work will go on. They also said that they never forcefully stopped any function of the medical colleges and hospitals but simply refused to work

The students, reacting to this, said that her statements were not just false but outrageous. "We have never stopped any doctor from going in. The porch in front for the emergency ward was empty throughout these days. We had simply said that we will not work till the government ensures better security for us," said Prantik Sardar, one of the agitating doctors. "We are yet to meet our director and decide on a course of action. But we will definitely continue the protest."

The doctors, who have been protesting since Tuesday after one of their colleagues were attacked and seriously injured at the NRS hospital in Kolkata, raised "we want justice" slogans before Banerjee.

Emergency wards, outdoor facilities, pathological units of many government medical colleges and hospitals, and a number of private medical facilities in the state have remained closed over the past two days in the wake of the protest.