Peaceful uprisings are what you need against CAA-NRC: Student leaders, activists tell protestors at Jamia

Whoever wants to protest can join us. They have every right to protest for something they feel is undemocratic and unconstitutional, says Kawalpreet Kaur, Delhi president of AISA

In their continued and creative streak of protests against the Citizenship Amendment Act and Nattional Register of Citizens on campus, Jamia Millia Islamia conducted a public meeting called An Idea of Exclusiveness on Monday in front of Gate No 7 at the varsity. The programme began around 2 pm in the afternoon and witnessed a number of speakers such as D Raja, Rajya Sabha MP, Nandita Narain, ex-president Delhi University Teachers' Association, Ovais Sultan Khan, human rights activist, Kawalpreet Kaur, Delhi president, All India Students' Association, Javed Kashmiri, Khudai Khidmatgar Jammu & Kashmir and more.

Kawalpreet Kaur, Delhi president of the AISA, who spoke at the public meeting expressed her and her organisation's solidarity with the students and members of the civil society protesting against the CAA and NRC. "It is not a students' protest or protest by a single community. All of us who feel the need to express their views should take part," she told Edex. Commenting on the narrative that including politicians and MPs have resulted in political forces hijacking the movement, she added, "Whoever wants to protest can join us. They have every right to protest for something they feel is undemocratic and unconstitutional." 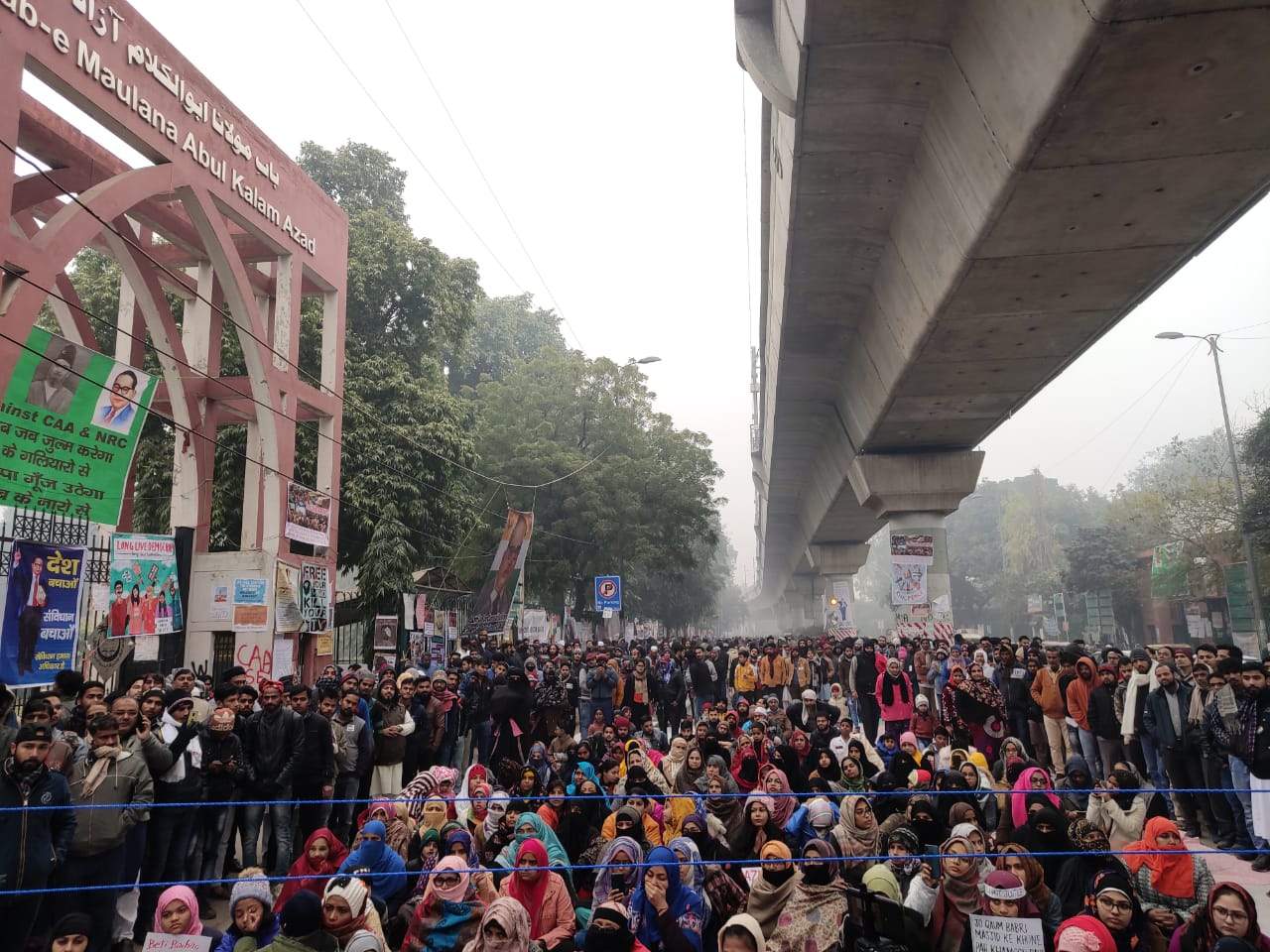 Human Rights Activist, Ovais Sultan Khan, while speaking at the event said that the women, the students and youngsters, and all the people across the country who have risen up to save the constitution and are protesting peacefully is commendable. "This democratic uprising is necessary. Minorities being dehumanised, rights being taken away, the violence unleashed upon students, have all led to this. This is our fight to save the constitution, to save our fundamental rights — this is an unprecedented moment in the country's history," Ovais said.

Explaining why raising our voices against oppression is extremely important, he added, "The Supreme Court, the government, judiciary, and the law makers who are responsible for upholding the constitution, the role that they have in abiding by it, it seems that they have compromised on it in some way. So, we the people, have to take a united stand. The creative, innovative ways in which the students are protesting and how people from all religions, castes, states and all parts of the country are standing united is what makes us feel overwhelmed. This is a struggle against anarchy, we will keep fighting, it's a long and tiring struggle but now that it has begun, we should take it forward."

Speaking about the protests across the country and the government's decision to implement the CAA, Ovais said, "This is a modus operandi by the government targetting the minorities, the preparation to implement NRC, it has shocking and stark similarities with how the Nuremberg laws were brought in by Adolf Hitler in Germany. The amount of innternational pressure that is there against this act, the government should withdraw and revoke this draconian act. I hope they are paying heed to their people and will do something about this."