Kanimozhi's kolam said - vendam NRC, CAA and she had titled the picture - 'engazh vasilil' or 'at our doorstep'. Others sarcastically asked in their captions - Is this kolam big enough?

A day after eight Chennai citizens were detained for drawing anti-CAA, anti-NRC kolams, several Chennaiites got up this morning to do the same outside their homes. This time, they also uploaded pictures of the kolams on their social media sites and challenged the police to come and arrest them. One of these Chennaiites was Kanimozhi Karunanidhi, our very own MP.

Kanimozhi's kolam said - vendam NRC, CAA and she had titled the picture - 'engazh vasilil' or 'at our doorstep'. Others sarcastically asked in their captions - Is this kolam big enough or should we draw a bigger one? The eight people detained yesterday, five of whom were women had sought permission from the police to draw kolams at the Besant Nagar Terminus but were not given the same. When the eight decided to go ahead with it anyway, the police detained them but were later let off. After the incident, people on social media decided to organise a 'kolam protest' with the hashtags #kolamagainstCAA and #rangoliagainstCAA. 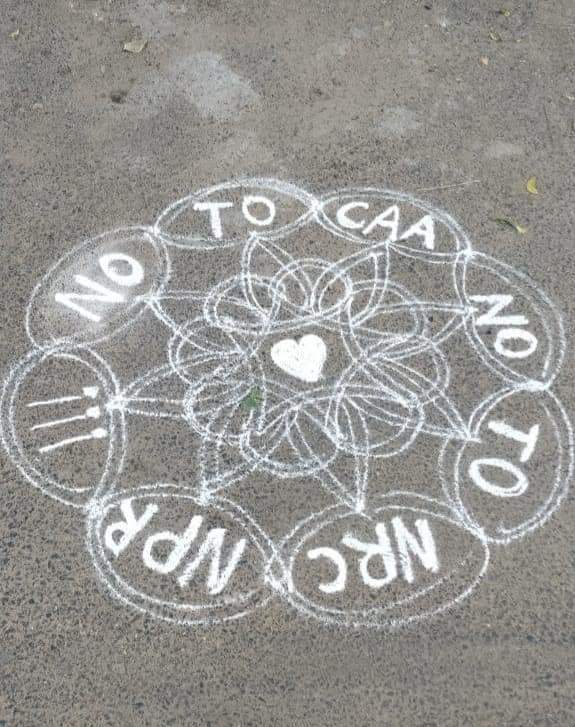 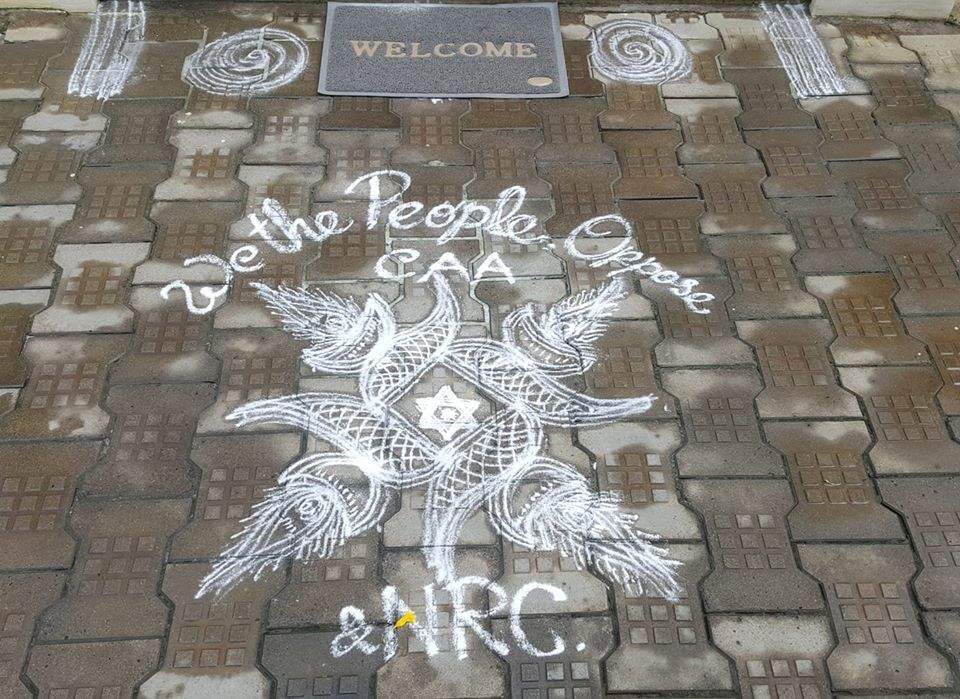 One FB user wrote, "They have certainly stirred the hornet's nest. Now we shall have millions of kolams, in a million diverse ways all over the country. Each one more imaginative than the other." Some drew huge kolams in the middle of the roads as well, some Muslim protesters also participated in this new protest.

Some also extended support from outside the city, all the way from Gurgaon. "This protest was originally planned to be done in just one street, but with the stupidity and shameful act by the police arresting our women, now it has become a India wide protest mode. Thanks to Chennai police. #KolamProtest #RangoliProtest #NoCAA #NoNRC," one FB user wrote.