The two detainees from yesterday were released at 12.30 am last night after students protested. Their strange story adds to the clamour that existed at Madras University all through Wednesday

Students from Madras University carried on their anti-CAA protests for the second day in a row. Except this time, only about 20-30 were inside campus, the rest were stranded outside and were blocked by barricades and the police. The administration allegedly refused to let the students in despite promising them yesterday that they would be allowed to return. 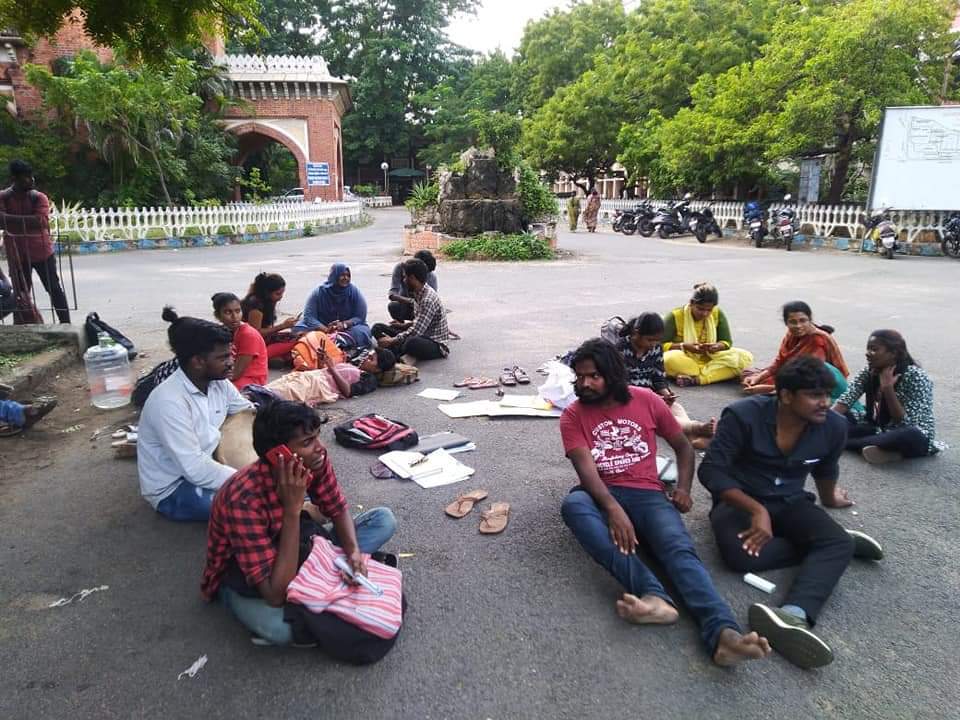 The Madras University administration has also shut down the hostels and the inmates have been asked to vacate by 1 am on December 18, the students said. "There are several North Indian and North East students who can't just suddenly leave. Especially at this time with the way things are in the country, flight tickets rates are also through the roof," a student said. The students argued that even if friends did open up their homes, how many can be accommodated in one house? "It's especially bad for the women who are also in large numbers and will be risking their safety if they are suddenly rendered homeless," he added.

Detained students let off at midnight — asked why they were bothering with these protests
The students were, however, please that the administration did fulfil one of their promises — to get the detained students back on campus albeit it happened only at 12.30 in the night. However, unlike what the protesters said yesterday, the students had not stepped out to buy food. "Actually there were some students from TISS, Thiruvidanthai who wanted to join our protest. So they had contacted me. They arrived by bus but because they weren't too sure of the location, they got down a little ahead of the campus and called me. I told them that they could walk to the campus, just as they were walking an empty bus drove up in front and they were all asked to get in," the detainee said.

Surprised by the police action, the student who had walked out to guide the TISS students asked the police why they had been asked to get into the bus. "He said that no one was allowed to protest at Marina, something that we already knew. But they were only walking and they were going to join us. When I told them this, they said I should not be bothered and I had no right to ask," he said. When the students attempted to ask again, the police asked him and a friend who had accompanied him to get into the jeep. 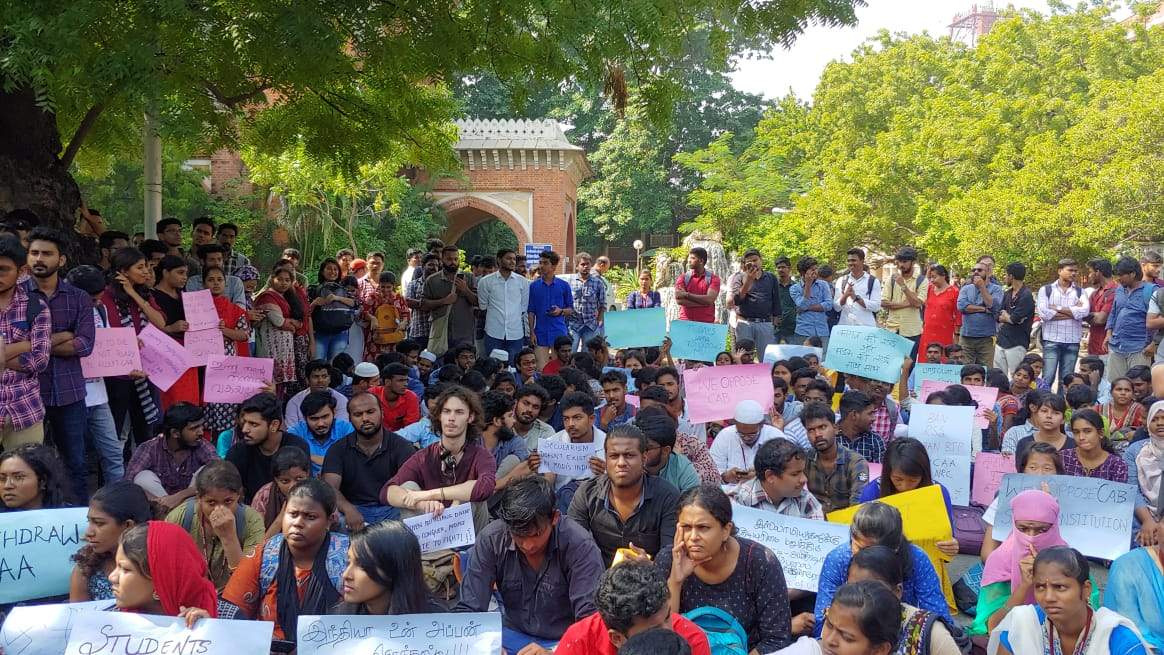 The two detainees were then taken to Triplicane police station but were told that it did not fall in their jurisdiction. So they were then taken to Mylapore police station. Here they were asked to surrender their wallets and mobile phones. "They asked us if we had told our parents that we were going to protest. We said yes, so they didn't attempt to call our parents," he said. The student said that the police however asked them why they were bothering to protest when it was something that did not affect Tamil Nadu and that this Act was just to prevent Muslim terrorists from entering the country.

The students were then dropped back at campus at 12.30. "Two professors came to the station at 12.30 and took us to the campus," he added.