In contrast to protests at most campuses across India, the students of the School of Excellence in Law gathered peacefully and made their protest count — with a reading of the Constitution's Preamble

Balancing their inner respect for the Constitution, but still feeling an overt need to express their shock at the Jamia Millia Islamia violence, the students of School of Excellence in Law, The Tamil Nadu Dr Ambedkar Law University, Chennai, staged a peaceful protest against the Citizenship Amendment Act — this, despite not being allowed to take it to the streets. According to the 150-odd students who were part of the protest on Tuesday, initially, the management opposed the protest as they believed that it would amount to contempt of court to protest against the CAA, but they "became supportive towards the end", they added.

According to the students, a mixed group — almost entirely composed of the 5-year BA LLB (Hons) course — gathered together in front of the college to protest the Act, but the police blockaded them inside the college and warned them that they would be arrested if they were to take the protest outside the college. Being lawyers, the students knew exactly how to conduct a peaceful protest without breaking the law. So, unlike most protests, there was no violence or yelling. The protest went on till early afternoon, making SOEL among other institutions in Chennai to join the protest bandwagon. 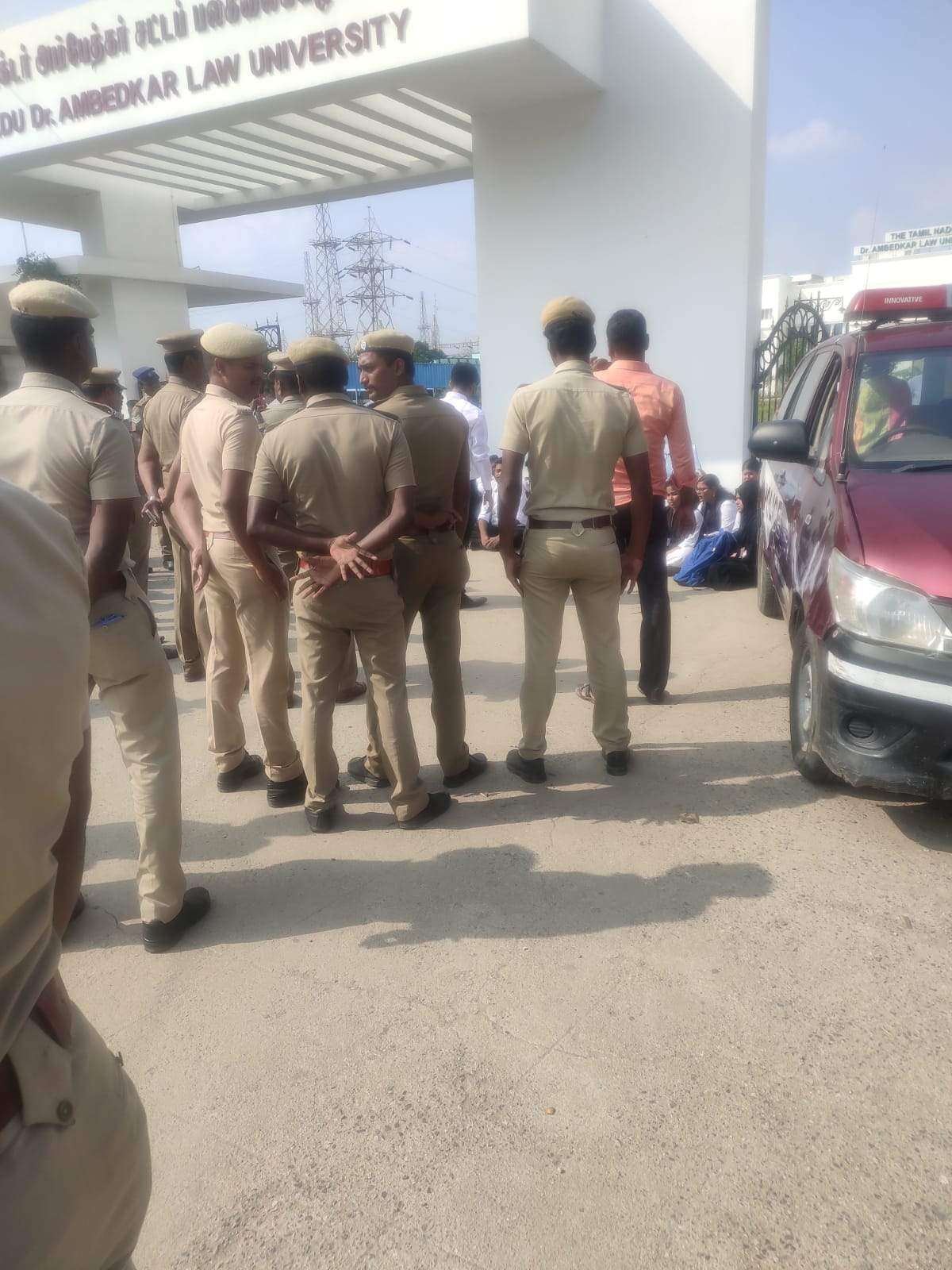 Police stationed outside The School of Excellence in Law

Most of them were from different religions, and they all participated voluntarily. During the course of the protest, they read out the Preamble of the Constitution and collected students’ signatures to write to the government expressing their opposition to the recently passed, and now controversial, Act. “This wasn’t a protest or a strike. This was a boycott done under the guidelines of the Constitution which guarantees us the right to form a peaceful assembly,” said Dhilshath, one of the student protestors. “If the protest was inside the college it’s under the jurisdiction of the college management. Only if it was outside the college involving the public and causing so-called chaos or nuisance, then the police have the right to take any sort of action,” she continued, referring to the Jamia Millia Islamia protest.

Students also shared their opinions on the CAA, the violence that followed it, and why they felt the need to organize this protest.  One student felt that the “CAA is merely a tool used by the right-wing ruling party to marginalise the Muslim community. CAA along with the NRC is a death stroke for the Muslim communities as well as refugees from countries not mentioned in CAA, like Sri Lankan refugees”, while another said, “This is against our democracy and Constitution. The main aim of CAA is to divert people from major problems. Apart from that, the JMI attack totally shows the face of fascists.”