On December 13, almost 50 Jamia Millia Islamia students were detained by the Police after a march to the Parliament against the CAB turned violent. The authorities also lathi-charged the protestors

Jamia Millia Ismalia students in New Delhi have called for a complete university lockdown on Saturday, December 14 against the unconstitutional bill and the police brutality unleashed upon them on Friday as they were marching to the Parliament. The students from almost all the departments of the varsity are also boycotting the ongoing examinations as a form of protest.

The lockdown began from around 10 am in the morning and students from the Department of Social Sciences, Polytechnic and several others have already begun boycotting their exams. The entire student community of Jamia has appealed saying that this struggle is not short-lived and so the students must brace for a long one and not just become a 'reactionary force to the right-wing offensive'. 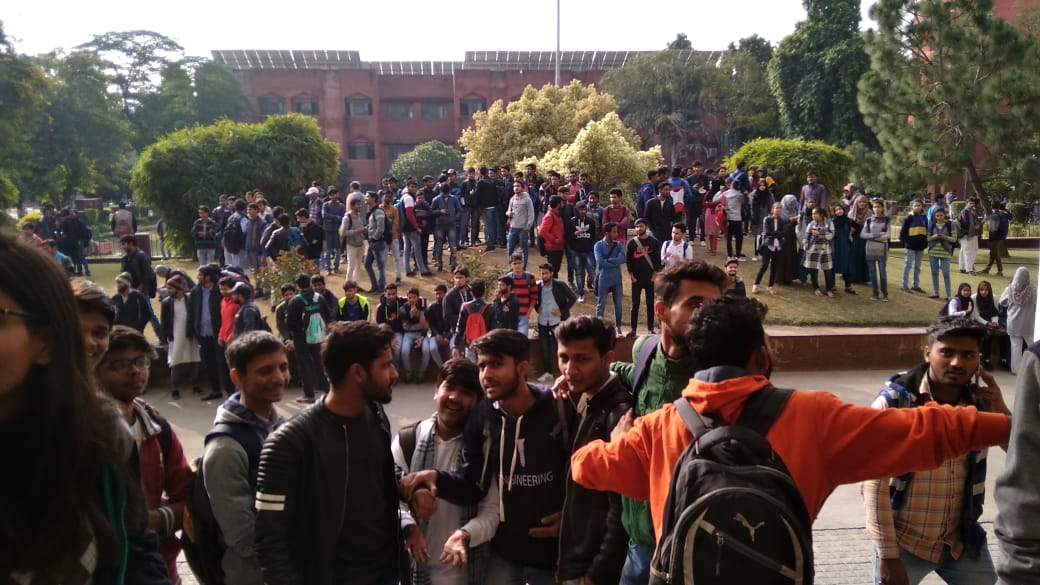 A public talk and gathering have also been planned for the evening near the varsity's gate no 7 where the students will peacefully discuss the tenets of the CAB and the National Register of Citizens (NRC). "We request all the students of Jamia Millia Islamia to unite and fight against this regime and against this Islamophobic, irrational and unconstitutional CAB and All India NRC. We won't bow down to the might of the state and shall continue our fight in defence of secular-democratic India," said AISA national joint secretary, Ajaz Choudhary, who had also been pursuing his masters in social exclusion at Jamia.

Earlier, the march by students of the university to Parliament turned violent on Friday after Delhi police, in a bid to stop the protest, lathicharged the protestors. The students belonging to the All India Students' Association (AISA) had been protesting against the CAB. Sources said that the students' march was also joined by the locals, who threw stones at the policemen who then responded by firing teargas shells which injured some students also. Several students were injured and admitted to Holy Family Hospital. Police reportedly ordered the lathicharge after the students tried to break through the heavy barricades that were put up outside the university's gate number one. In retaliation, they allegedly started pelting stones at the police personnel, compelling them to fire tear gas shells.