On Friday, the Jamia Millia Islamia University students initially wanted to march towards the Parliament but the cops had placed barricades which resulted in clashes

Amidst protests on campus against the Citizenship Amendment Act (CAA) and a complete university lockdown called upon by the students on Saturday, the Jamia Millia Islamia University cancelled the odd undergraduate and postgraduate semester examinations and has now declared winter vacation. The University will reopen on January 6, 2020.

"All semester exams stand postponed. New dates will be announced in due course of time and winter vacation is declared from December 16, 2019, to January 5, 2020. University will open on January 6, 2020," said Azeem Ahmed, Public Relations Officer of the university.

Earlier on Saturday, the university in a notice, said, "All students of odd semesters of UG and PG programmes are hereby informed that the examinations scheduled for December 14 stand postponed. The date of the postponed papers shall be notified in due course of time." The notice was issued by the Office of the Controller of Examination. 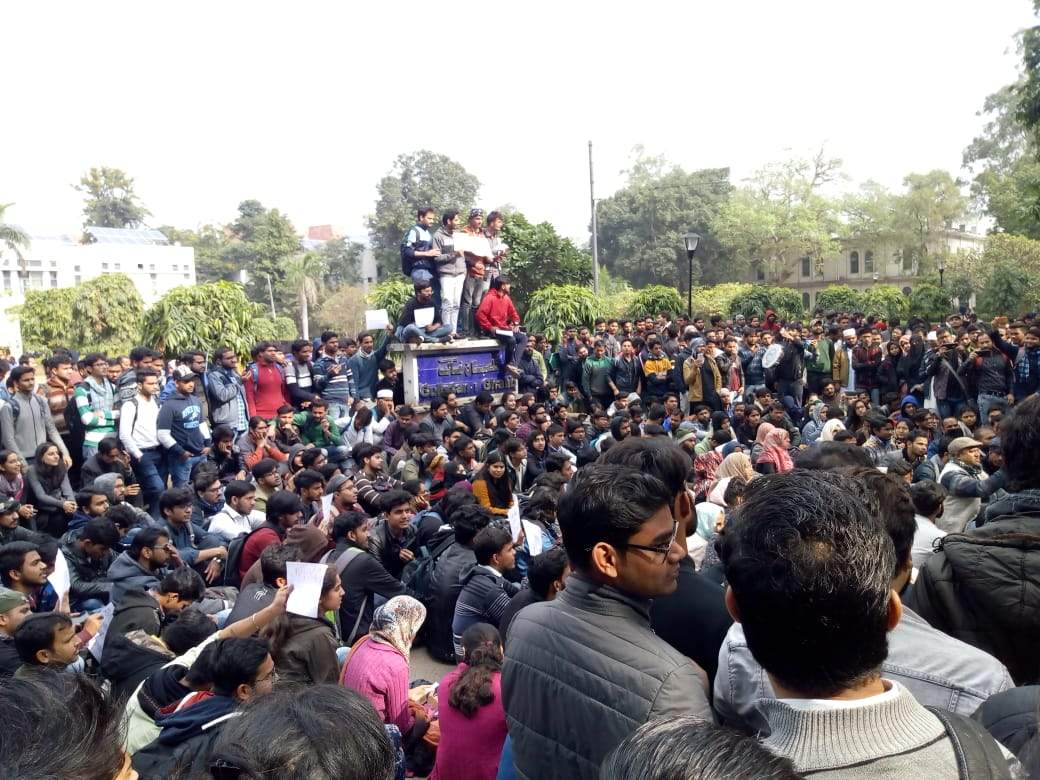 The university was under complete lockdown since 10 am in the morning on Saturday as students continued their protests and boycotted the examinations. Students from the Department of Social Sciences, Polytechnic, Humanities, AJK Mass Communication Research Centre and several others joined in eventually. They were also conducting a public gathering on campus near gate no 7 where they were peacefully discussing the controversial act and the National Register of Citizens (NRC).

On Friday, a march conducted by the All India Students' Association (AISA) along with the Jamia students to the Parliament turned violent after the police lathi-charged the protesters in a bid to stop them from moving ahead. Media personnel were also injured in the students-police face-off. Several students were injured and admitted to the Holy Family Hospital after they were lathi-charged by the police. Around 50 protesters were detained and taken to Jaitpur and Badarpur police stations to bring the situation under control. Sources said that the students' march was also joined by the locals, who threw stones at the policemen who then responded by firing teargas shells which injured some students also.