The judge was contrirte in saying that no defacement of walls would be entertained in the future, but also for authorities to go easy on the youth of the nation

The Delhi High Court asked college authorities to go easy on students and not be "too harsh" on them during student elections, because we stand the risk of stifling future national leaders — like former Finance Minister Arun Jaitley — Jaitley was an ABVP leader in his days at Delhi University and was a firebrand DUSU leader who left his mark there.

Jaitley, who passed away on Saturday, came in for mention in the Delhi High Court which observed on Monday that the country gets great leaders from students leaders and the university authorities should not be too harsh on them for their activities during students union elections.

It stated this in its oral observations soon after dictating its order directing authorities to initiate civil and criminal action against candidates of Delhi University Students Union polls responsible for defacement of property.

The court, which was dealing with a matter relating to defacement of public property during DUSU polls in 2017, said such things happen in polls. "Don't be too harsh on them. Don't put (a) ban on everything. From student leaders, we sometime get great leaders for the country. You know the examples, you must have seen it yesterday," a bench of Chief Justice D N Patel and Justice C Hari Shankar said, in an apparent reference to Jaitley. Campaigning during election season is very colourful, as are the protests | Express

Jaitley was an Akhil Bharatiya Vidyarthi Parishad (ABVP) student activist at Delhi University in the 1970s and became President of the University Students Union in 1974. The BJP stalwart died on August 24 at the All India Medical Institute of Sciences (AIIMS) where he was undergoing treatment following multiple ailments. His mortal remains were cremated on Sunday with thousands of admirers, BJP workers and leaders from across the political spectrum paying tributes.

The court passed certain directions and disposed of a PIL by lawyer Prashant Manchanda, seeking a complete ban on defacement of public properties by the Delhi University Students Union (DUSU) poll candidates. While dictating its order, the HC bench asked the authorities to inform student leaders and the union about the guidelines framed for regulating election campaigning for the student body polls to prevent defacement in future. The bench said the students should be warned about the orders passed by the court and thereafter, civil and criminal action should be initiated against those involved in damaging public or private properties, as per law.

The petitioner had earlier placed before the court a 'status report' giving names of 15 persons who were involved in destruction of public and private property through use of spray paints and other means of defacement during the process of DUSU election in 2017. 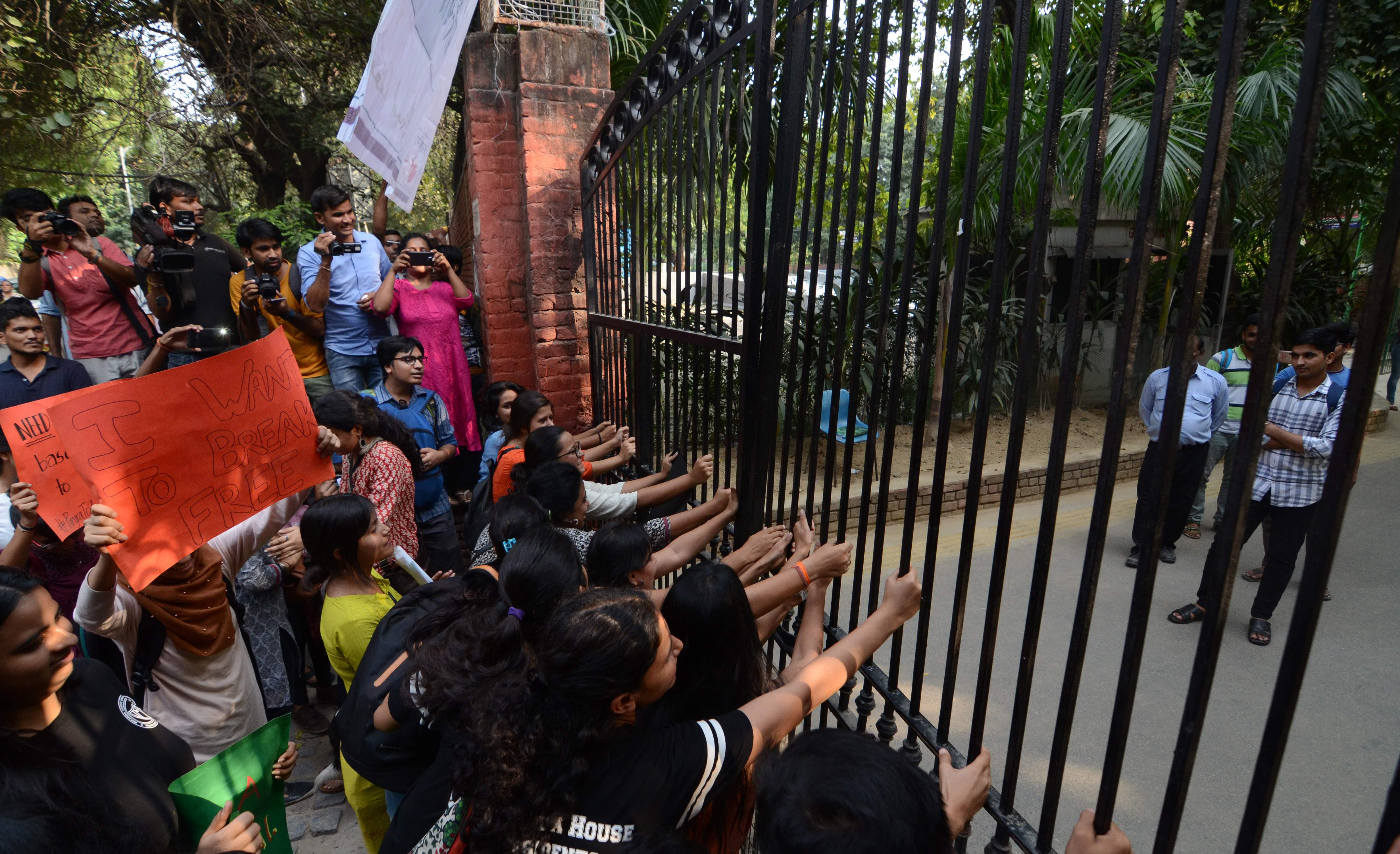 What do you do when the walls are defaced? | Express

The court asked the Centre, the university and the police to keep in mind last year's direction to ensure there was no defacement of public property during the DUSU elections and wide publicity be given to penal consequences of such actions. The high court had earlier said prevention of defacement of property during student body polls in the DU was more important than taking action against candidates after they indulge in such activity.

The court had suggested putting in place deterrents like disqualification of candidates to prevent defacement of property during the student body polls. It had also issued directions to the municipal corporations to be "vigilant" and remove any temporary hoarding or banner put up illegally without due caution and also take penal action, as such structures could result in harm to someone's life.