In this interview with student leader, V Seetha, Makkal Needhi Maiam's candidate R Rangarajan talks about why they will not stoop to the level of causing riots for cheap political mileage

Just before Tamil Nadu (and most of India) faced up to elect themselves a new parliament, we decided to get some of the most educated candidates in the fray — in this case, Makkal Needhi Maiam's R Rangarajan is a former IAS officer, a Chartered Accountant and a Business Consultant — and pit them against student leaders, first time voters who aren't afraid to ask questions that most of us probably have, but simply won't deign to ask.

This is what transpired.

Seetha: If you come to power, what plans do you have for your constituency?

Rangarajan: Drinking water availability is the first priority. Areas like Velachery, Virugambakkam, OMR, ECR are already facing a water crisis. For the last 20 years, we have faced the same issue. I've lived and worked here and I've seen things only get worse. The Pallikaranai marshland that should be filled with water is filled with garbage. We have been speaking to experts and found ways to regenerate water bodies. Even before we knew we were standing for elections, we've been working with experts to come up with good water conservation policies. Chennai gets good rains but that is only for a month and then all the water goes to waste. So if I win, the water problem will be immediately addressed. Kamal Hassan even went to the USA to learn ways in which to conserve water effectively. So with all the experts we've been speaking with, we can ensure that drinking water and flooding are two problems we can immediately tackle. We will also work towards increasing employment opportunities, we want to set up skill development centres. We are also working on an integrated traffic system, women safety measures. And this is not just for Tamil Nadu but also the rest of the country.

There have been many protests these last year from Sterlite to NEET to Neduvasal, but as far as I know MNM has not participated in any of the protests. Not even a street protest. But you want support during elections, how do you think that is right?

When the Thoothukudi protests happened, Kamal Hassan went to Thoothukudi. Our party people were with them. After the shootout, one of the first people that went there was Kamal Hassan. When protest were needed we protested. When Yogendra Yadav was arrested, we were the ones who stood and protested against it. We have done our bit to empower people. Even with the gram sabha, it's only been on paper so far but we've ensured that it started and happened in villages across the state. We want people to know their rights and become empowered, especially in the villages. We understand want people need, even when the Pollachi incident happened, Kamal Hassan met the DGP and participated in the protest. 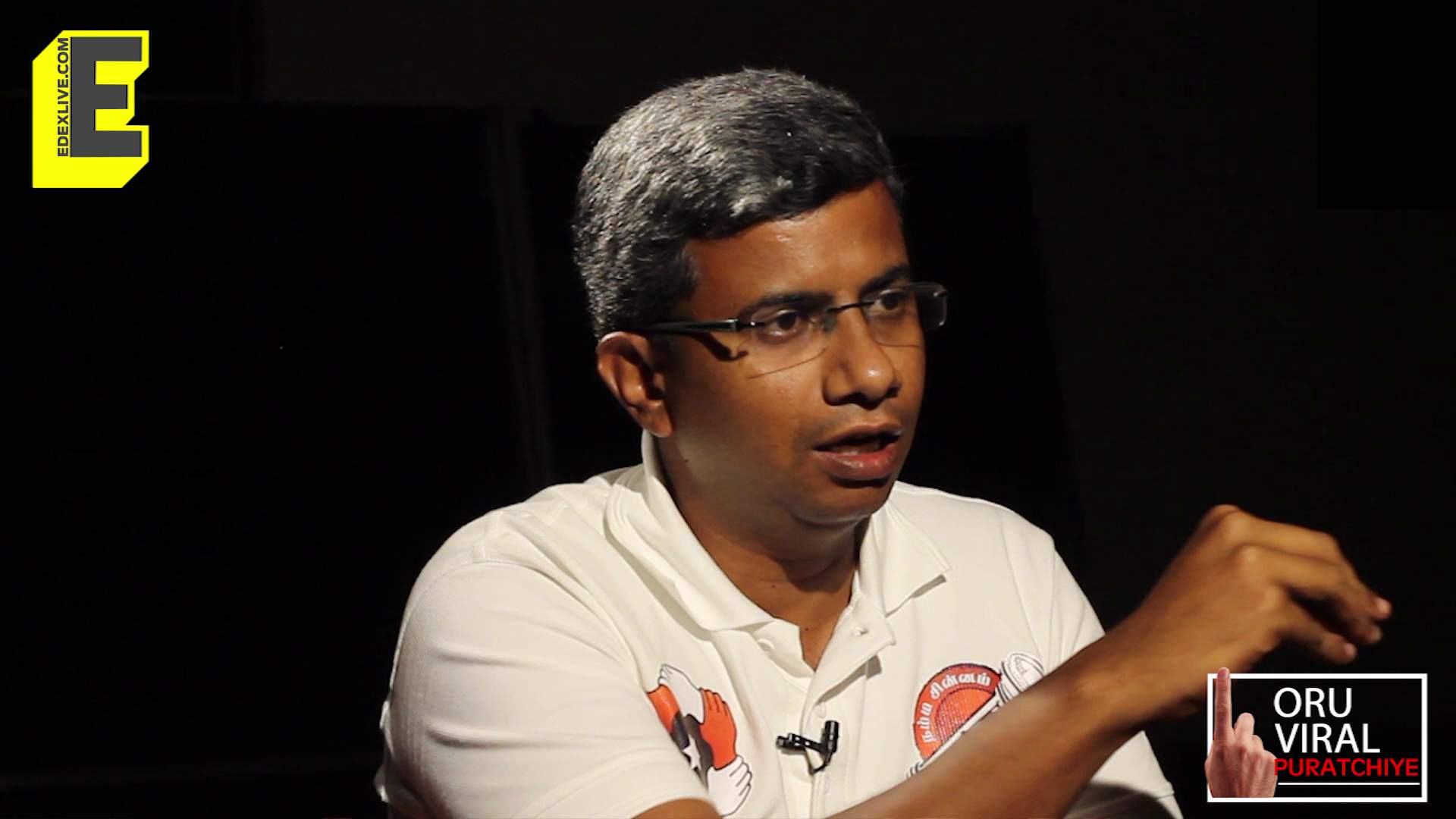 Visiting the region that is affected...all politicians do that. But I'm asking about protests. Where did Maiam protest?

A person from our party was in jail for 49 days in Thoothukudi. We have been extending our support to many protests. Police have filed FIRs on many of our party people, even Kamal Hassan. But if you expect us to go and break windows that is not something we do.

But how many protests has Makkal Needhi Maiam conducted?

In Tiruchy, during the Cauvery protests... even the gram sabha issue was a protest. Youngsters think confrontation is a solution. They have this mindset that only if we confront people, we can come to a solution. Many politicians do take part in these protests and they get arrested on purpose — it's all a gimmick. Maybe there are some real activists that struggle but there are different methods to find a solution. Protests are not the only way, there are other democratic and different channels we can use to reach a solution. If it is the people's protest, then I support them. People's voices meed to be heard.

You haven't answered my question

I have. When we need to go to the streets we will. Already, Kamal Hassan has been doing that. But there is a pre-conceived notion of what a protest should be. People getting into police vans is not a way to get a solution. We will support protests but not the stunts pulled by political parties. What is an honest party? Don't vote for us, just vote for who you think is best. Youngsters should be change agents. Only youngsters can lead a revolution.

What do you think about the PM and his Chowkidar campaign?

See, you cannot keep eating sweets and expect to lose weight. It's just not possible. The BJP only wants to come to power, nothing else. We have to trust the people and take up the challenge. Like someone once said, I don't mind not winning, I mind not trying. We are trying for change. If Kamal Hassan had stood for elections, he could have easily become an MP but that is not enough. We all have to be part of the change.

So right now, BJP and Congress are the two major parties. One of them will have to win. Who do you want to see winning?

We've had a third front party before. In 1996, there was the United Front. There were lot of small parties. Small parties are everywhere in India, Maybe in America, a twin party system may work but here it's not like that. We are all different, regional parties are important. The Centre is an abstract notion. India is the sum of its states. The third front alternative is a possibility, but only when we see the results will we know. But whoever comes to power, we will pressurise them about the problems that TN is facing.

I watched a recent video where Kamal Hassan was introducing you to the crowd. I noticed that you kept talking only about him. You refer to him as Thalaivar. I'm wondering if MNM was formed to celebrate this one person?