Malnourishment in growing India: Why you'll have to look very hard to find healthy kids in India Inc

Over the past 10 years, the number of stunted and underweight Indian kids have come down slightly but this has not had any major effect on the issue as a whole

At first glance, Anu is restless, mischievous and inquisitive about everything around her. She is as normal as any other four-year-old. She eats what little is given to her. She plays pretty much all the time. She even tries to help her daily wage-earning father by staying out of his way. She is the spitting image of normal as far as most of India's Below Poverty Line (BPL) masses are concerned.

But after a persistent fever, when she was finally taken to the hospital, her doctor disagreed about her general state of being. According to him, she was underweight — severely.

India is one of the fastest growing economies, is home to the largest number of children in the world and also has the largest anti-malnutrition programme. Nearly every fifth young child in the world lives in India. It is estimated that there are about 43 crore children in the age group of 0-18 years. The government has allocated a whopping Rs 24,700 crore for the Ministry of Women and Child Development (MWCD) and Rs 16,335 crore for the Integrated Child Development Services (ICDS) Scheme Core (Anganwadi Services) in the financial year 2018-19.

According to the NFHS-4 (2015-16) data, Kerala has the most number of nourished kids with more than 80 per cent clearing the basic nourishment criteria. The state is followed closely by Mizoram, Manipur, Sikkim, Goa, Jammu and Kashmir, Nagaland, Punjab, and Himachal Pradesh.

On the other hand, more than almost 50 per cent of Jharkhand’s kids are malnourished. States like Uttar Pradesh, Madhya Pradesh, Maharashtra, Tamil Nadu, and West Bengal, which constitute a chunk of the country’s population, are not doing well either. 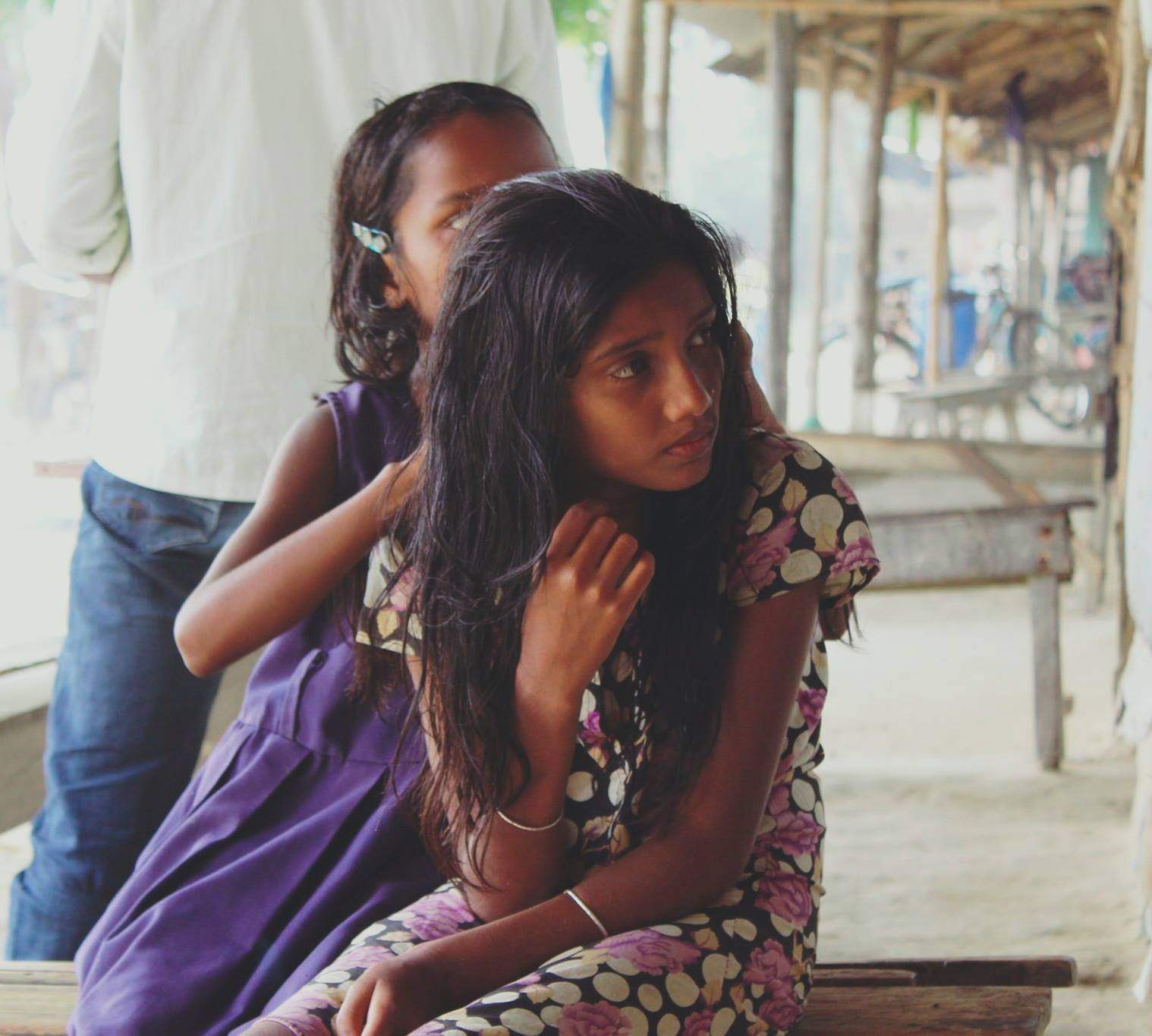 Silver lining: Underweight prevalence has come down by 6.8 percentage points from NFHS-3 to NFHS-4

Looks can be deceiving with malnourishment

Anu is not the only one who is malnourished but does not fit a layman’s imagination of malnourishment. Even though she looked fine to people around her, she had a Body Mass Index of 15.4 — 3.1 points less than the margin. Similarly, not all skinny kids are malnourished though, nutritionist Harini N B explains, “There are certain parameters that help us determine whether the child is malnutrition or not — mid-upper arm circumference, skull circumference, height and weight.” The children who have stunted growth, wasting and underweight are considered malnourished.

Stunting, or low height for that age, is caused by long-term insufficient nutrient intake and frequent infections. It generally occurs before the age of two, and effects, which are mostly irreversible, include delayed motor development, impaired cognitive function and poor school performance. More than 38 per cent of children in India is stunted.

Wasting, or low weight in comparison to height, is a strong predictor of mortality among children under five. It is usually the result of acute significant food shortage and disease. There are 24 developing countries with wasting rates of 10 per cent or more, indicating a serious problem that urgently requiring a response. But India is in a worse position — 21 per cent of its children are wasted.

Have you eaten enough?

Underweight or low weight in comparison to age is also a serious issue in India as more than 35 per cent of its children fall into that category. As weight is easy to measure, this is the indicator for which most data have been collected in the past. Evidence has shown that the mortality risk of children who are even mildly underweight is increased, and severely underweight children are at even greater risk.

Anu is from a village on the Odisha-Andhra Pradesh border. Not just the children but everyone in this village is malnourished. Extreme poverty is a reason but it is not just that. It’s the diet that’s imbalanced. Their breakfast’s primary constituent is rice. It’s majorly a carbohydrate concentrated diet. There are no vitamins, minerals, and almost no protein.

Over the past 10 years, the number of stunted and underweight Indian kids has come down slightly but this has not had any major effect on the issue as a whole. This is probably because wasting among children under five years has increased from 19.8 per cent (NFHS-3) to 21 per cent (NFHS-4) in the last decade.

In a decade: There has been some improvement over the years but it has been slow

It's not really a stunt

According to a report by Niti Aayog, Nourishing India - National Nutrition Strategy, "Child Undernutrition remains high, despite improvements over the last decade. As evident, while stunting and underweight prevalence have gone down, trends in wasting show an overall increase in the last decade. The decrease in stunting has been from 48 per cent to 38.4 per cent, that is, by one percentage point per year."

Similarly, underweight prevalence has come down by 6.8 per cent points from NFHS-3 to NFHS-4. However, the rate of decrease of these parameters of under-nutrition remains slow. This calls for immediate and focused interventions for optimal results.

But it's not that easy. WHO guidelines say that one should have three meals a day while India has a huge population who cannot afford even two a day. Their nutrient intake is low as they generally have no protein consumption. "Even buying an occasional egg is expensive nowadays. Not everyone can afford that. As a result, all they have are carbohydrates. This is a dangerous for kids in their formative years — from the age of two to their mid-teens," says Harini.

Projected data from the surveys carried out by the National Nutrition Monitoring Bureau (NNMB) on nutrient intake in pre-school children between 1975 and 2006 has not shown any substantial improvement in their dietary intake. There has not been a major change in energy and protein consumption of children.

The number of families where both the adults and preschool children have adequate food has declined from 30 per cent to 22 per cent over the last 30 years. "The proportion of families where the preschool children receive inadequate intake while adults have adequate intake has increased to a greater extent," reads the study. "This data reinforces the need to strengthen infant and young child caring and feeding practices. The ICMR Expert Committee revised the RDA for Indians (Nutrient Requirements and Recommended Dietary Allowances for Indians: A Report of the Expert Group of the Indian Council of Medical Research, 2010). In view of the revised RDAs, various food supplementation programs like SABLA, MDM and PMMVY will need to consider this while reviewing the nutritional norms of these programmes."

The NFHS-4 data suggests a trend — the states with better literacy have healthier kids. “Education obviously plays a huge role here. Often kids stay malnourished due to silly superstitions that have been passed on through generations,” Harini stresses and says the apparent connection is not so far-fetched.

But malnourishment in kids is not restricted to just the underweight, wasted or the stunted population in India, there is a considerable section of urban and semi-urban children who are obese and malnourished at the same time. In an urban setting, with both working parents, the child's dietary needs get neglected.

The number of overweight children under 5 years of age is almost as much as those who suffer from wasting and is increasing most rapidly in Asia. NFHS-3 data also suggests that India is in the process of nutrition transition, where the dual burden of malnutrition – i.e. overnutrition and undernutrition is beginning to be seen in some groups. There is a relatively small, but increasing percentage of overweight children who are at greater risk for non-communicable diseases such as diabetes and cardiovascular heart disease. These levels of overnutrition significantly compromise health and productivity. 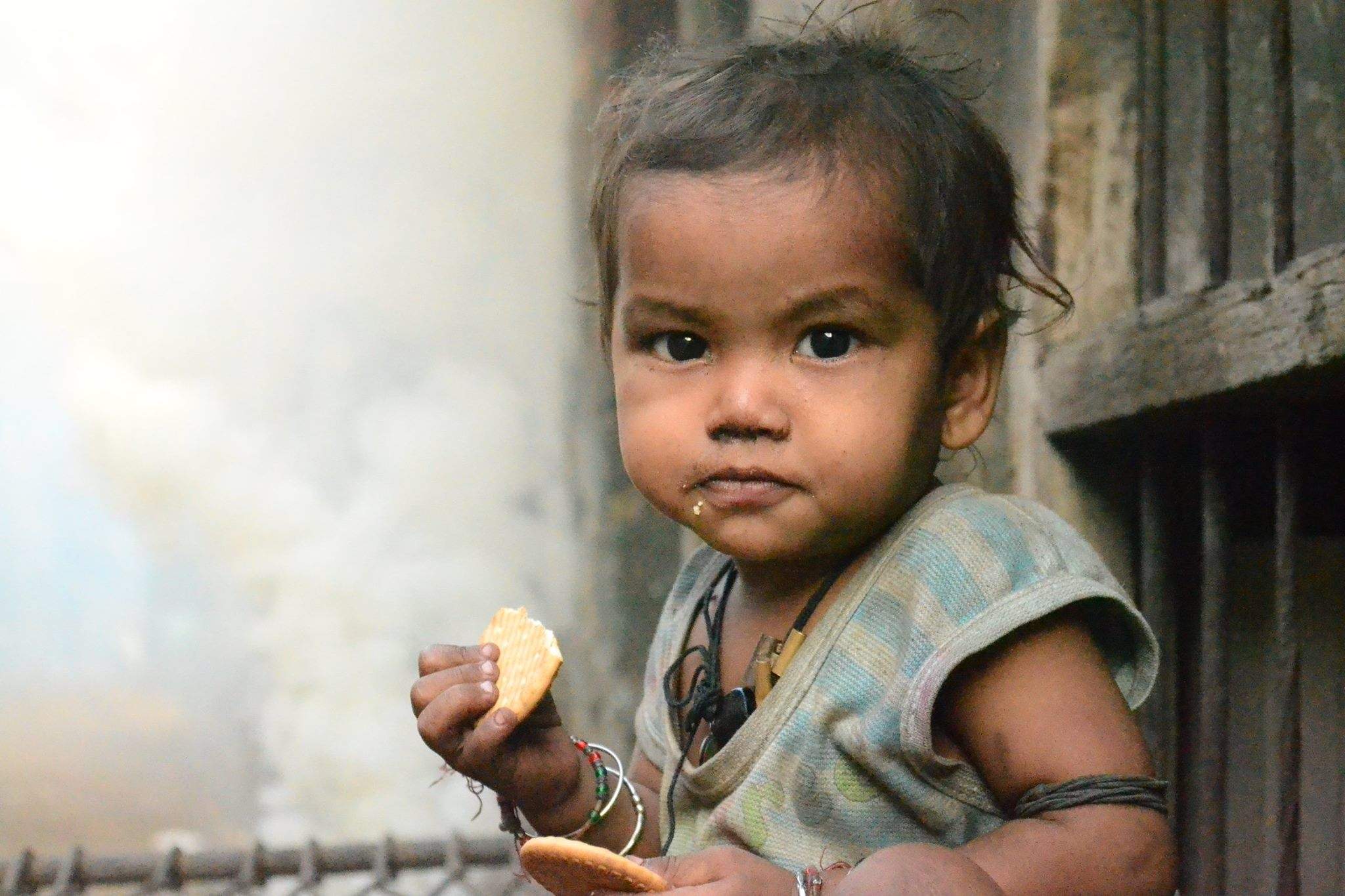 Eating right: Even if the BPL population arrange for one square meal a day, they do not have a nourishing diet

“People tend to consume ready-to-eat food as well as junk food more nowadays. Children love the taste so they do not complain but their nourishment requirements are not meant,” Harini points out. "I feel food needs to be treated as a human right and not as just a policy to eradicate hunger and a lot of them still need awareness on ill effects of malnourishment. Even today many don't care about it either. People need to understand that this is a really important issue that needs to be focused on."

Anu and her friends might love to have a buffet of these ‘junk delicacies’ but that won’t probably help them much.