A scientist and a revolutionary: How UoH's Rashmi Ranjan Suna's friends remember him

While the students on campus take to the roads, some of Ranjan's closest friends are back home in Orissa, with his family including Sriram (name changed). Sriram's village was only three kilometres from Ranjan's but the two only met while in college while they were both pursuing undergraduation. They lived in the same hostel at the college and became good friends.

Ranjan was the first to land up at the University for his Masters, Sriram joined him two years later and in fact stayed in Ranjan's room the first few days he was there. When asked to describe the sort of person that Ranjan was, he simply said — Ranjan was a great soul. He was a student of science but Sriram said that he was always occupied with social issues and always said his aim eventually would be to contribute to societal development.

Ranjan's other friend Anirudh Naik voiced similar thoughts, "I'm an arts student and he was a science student but he would spend hours with me and my colleagues discussing social issues. Everything from caste to gender. Since he himself came from a marginalised community, caste issues were particularly important to him," Anirudh said. 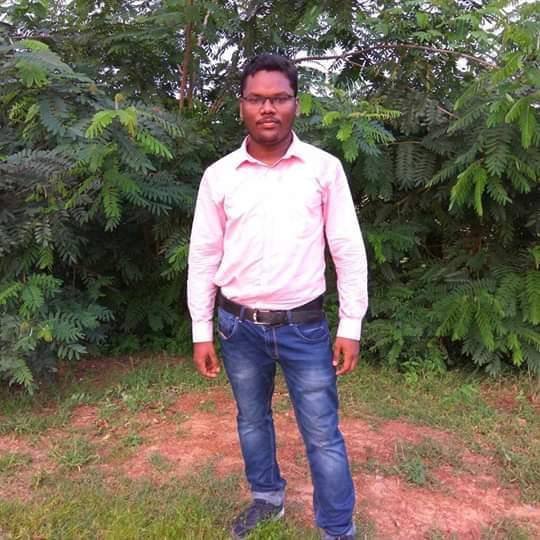 Devoted Ambedkarite: Despite being a science student, Ranjan has always been one to be deeply involved in political discussion and social issues

Ranjan was the son of daily wage earners, both of whom devoted their lives to getting their children educated, him and his sister. Till recently, the parents were living in Surat but had to return to Orissa because his father became ill. His sister is currently enrolled in a teachers' training programme. Ever since his father became sick, Ranjan had become the only breadwinner his family, using his 20,000 rupee Rajiv Gandhi National fellowship to provide for his entire family.

Anirudh met Ranjan when they were in Class 11 and is the only friend amoung the five in their gang who continued to be with Ranjan after college. He remembers him as being somebody very consumed by politics even though he did not participate in any politics. Being from a scheduled caste background, Ranjan was meted out the same sort of treatment most Dalit are — he and his family were forced to live in a colony separately designated for them.

"The colonies were named after the caste of the people who lived there and therefore, people from Ranjan's community were discriminated against. It was Ranjan who urged the community elders to change the name of the colony name to Ambedkar Marg so they could all say where they were from with pride," Anirudh said. 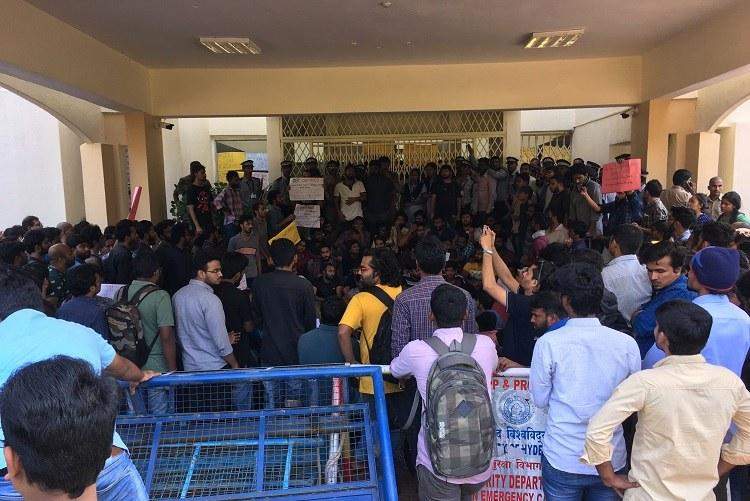 For Justice: The students on campus have been demanding a compensation for Ranjan's family

Anirudh also recalled how Ranjan would conduct plays in his village to dispel superstitions and was also working on one when he passed away. His village also celebrated Ambedkar Jayanthi for the first time.

He was a science student who wasn't confined to the lab but he was a very dedicated student, "I'm not just saying that to glorify him. He truly was one of the most hardworking students," Anirudh said. He had recently won an award at a conference in Lucknow and had been selected to attend a conference in the USA in February.

Both Anirudh and Sriram are with Ranjan's grieving family who are hoping that they can file against the hospital for negligence, "Right now they're not in the mental state to do much. The students on campus are fighting for a compensation but for the family the money isn't important. Nothing is going to bring their son back, but they do want to file a case against the hospital and we've promised them that we will help them fight the case," they said.