The revised guidelines require the SC/ST students to pay an upfront fee of Rs 12,500 while the OBC students have to pay Rs 27,000. The students are calling the move unfair and claim that they were wrongly led to believe that the administration would actually do something to bring about a change in their policies.

For the last 76 days, students have been on a non-stop strike and the issue was take to court as well and the management had been directed to respond to the matter.The administration was finally forced to give in and promised some changes. According to a 'Plan of Action' composed on March 10, the administration had agreed to an upfront payment of  Rs 9500 along with a student aid of Rs 5000 for the SC/ST and at upfront payment of Rs 25,000 for the OBC students. 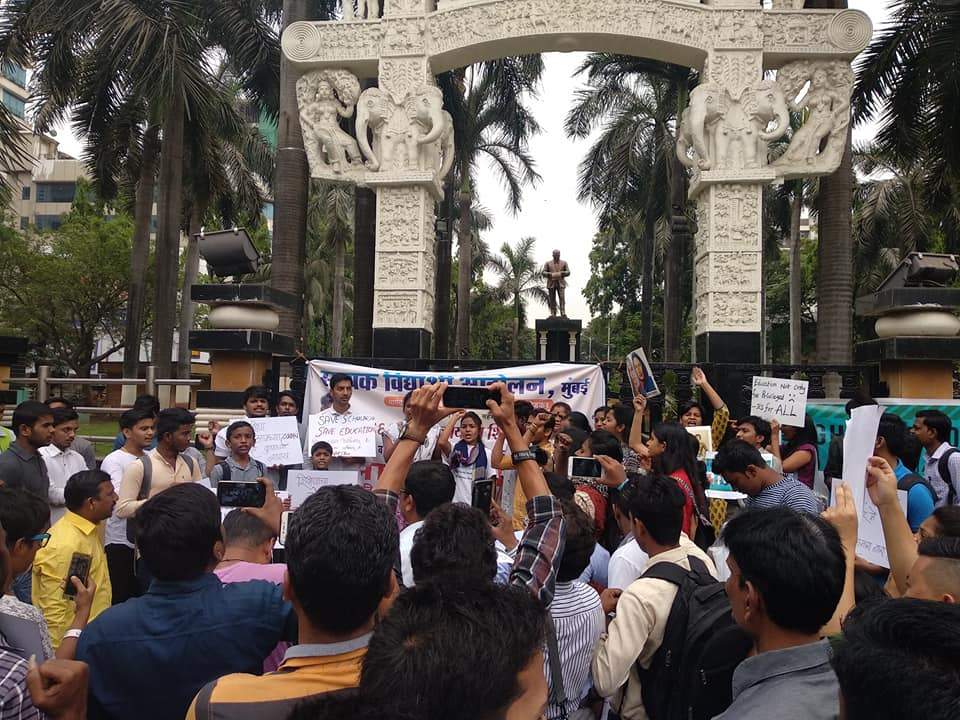 Fight's on: The Student representatives said that they had immediately submitted a memorandum countering this move but they haven't heard back from the management.

Anoop Kumar, a teacher at the Nalanda Academy in Wardha also put out a request on Facebook asking for funds for 15 of his students who had got into TISS but were struggling with funds, "Most of my students have been able to manage their fees, some of them have even achieved 70-100 % scholarships in institutes like Azim Premji University, but the families of 15 students of mine who got into TISS are unable to raise the required amount," he said in the post.

The Student representatives said that they had immediately submitted a memorandum countering this move but they haven't heard back from the management. With May 8 as the last day to pay the fees, the students are in deep panic. " We wish to state explicitly that the administration has been taking advantage of its power position by not sticking to its own word. Hence, we again demand the institute to arrange a meeting with students at the earliest," said a statement issued by the students.

The students have also decided to take their protest to the convication ceremony scheduled for May 7 and 8. "The students present in the meeting agreed that the resistance should continue and also there is a need to keep in view the larger sentiments of fellow students and parents, who are looking forward to the ceremony. Hence, we have decided to express our dissent peacefully at the convocation tomorrow," said the students in their statement."However, while many of the current students convocate we should not forget the crisis faced by GOI PMS (Government of India Post Matric Scholarship) students that continues to exist for the upcoming batches,"  they added.