In the summer of 2012, the people of Thalaignayar, a small village in Nagapattinam district were surprised to find a story about a boy from their own town in our Tamil newspaper, Dinamani. The report told the story of Muruganantham P, the son of a farmer, who had cleared his twelfth standard board exams with 1140/1200 marks, he had been determined to study medicine and had the required 199 cut off too. But due to financial constraints, he was working some odd jobs like laying roads and making bricks to save some money.

The news story reached far and wide and the next day he started getting calls from people who wanted to fund his education. The first person to contribute, Muruganantham remembers, was a man named Mohammed Arifa, who donated 20,000 rupees. Later, many from his own village, his school and other parts of the state also helped him gather funds for his admission. One person offered to pay his mess fees, "And till the very last semester, he paid my mess fees without fail," Muruganantham said with a smile.

Muruganantham went on to study in Tamil Nadu's top medical institute, Madras Medical College and just graduated few months ago. Now, he's applying to do his post graduation and wants to specialise in cardiology. He hopes to do cardiology because his own mother died of a cardiac arrest when he was in the tenth standard, "I think I subconsciously decided a very long time ago that I wanted to pursue medicine but after I lost my mother it became my one sole aim." 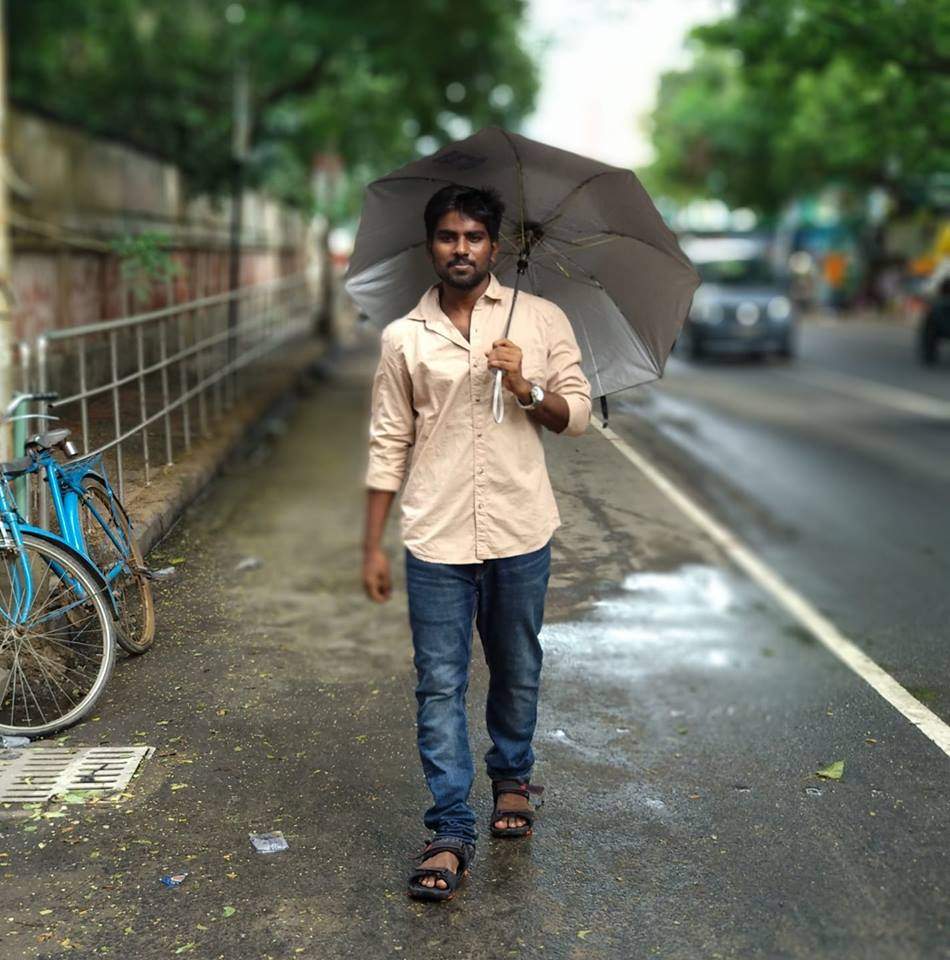 Many firsts: Muruganantham was the first from his village to pursue MBBS and is now the first doctor.

His own father had no idea about his son's dreams, even the odd jobs that Muruganantham took up were done in secrecy, so when the news article came out, his father was taken aback. But he was obviously proud when he realised his son would be the first in the village to pursue medicine and then soon become the first doctor too.

Life can get challenging, but never too hard

But this is no rags-to-riches story, it is not a story about a miraculous ending, it is a story about a boy who worked all his life to be eligible for a medical seat. And like the rest of us, he got by with a 'little help from his friends'. "I managed to get a good score in tenth standard and my teachers told me that I should get admitted to a private school. But I wasn't able to afford it, but a school teacher of mine, who remains my mentor to this day found out about a government scheme where the top ten ranks from a village would get a fully funded scholarship to study in a private school. My teacher filled the forms himself and I got the scholarship, then he himself went and got me admitted to the school. He even signed instead of my father. I will forever be grateful to him," he said.

When asked if he had always been a bright student in school, Muruganantham says that he wasn't really a hard worker and only got the "second or third" rank in school. He says the same about medical school — he didn't find it too hard to study,"From a very young age, my parents taught me that nothing would ever come easy. So I've been ready for challenges. So I never felt at any point that the course got very difficult or impossible to study."

"If NEET was mandatory when I was trying to get a seat, I'm sure I wouldn't have gotten one. There is no way that I could have afforded coaching classes, I went for tuitions for two months for my public exams but I dropped out because I couldn't afford it. Moreover, taking a gap year would not have been a feasible idea at all."

The only time that he doubted his own capabilities was on the first day of medical school, when he sat in between two students who were yapping away in English — a language that was still quite foreign to him. In fact it was the only subject in which he didn't score a centum, "I was intimidated by the fact they were so fluent in English and since I was from a Tamil medium school, I was a little scared.  But then I turned back to look for my father. And there he stood in his white veshti and shirt, flanked by men on either side in suits. I saw him and thought to myself, if he could stand there with so much pride, what did I have to fear?"

Even with his own roommate, Muruganantham had to converse in English because he was a north Indian but soon he realised that nothing would stop him from getting his hands on that MBBS degree. And nothing did. But there is one thing that is stopping students with backgrounds like Muruganantham's from getting a medical seat, an obstacle that he himself did not have to face - NEET. "If there is one thing that I have noticed in my years as an MBBS student, it is that students from Tamil medium schools are the ones who work the hardest and the ones that get all the ranks in the end. And now I've seen that in the latest batch of students, there are only two Tamil medium students and they are there because they took a gap year and could afford coaching classes,"  he said. 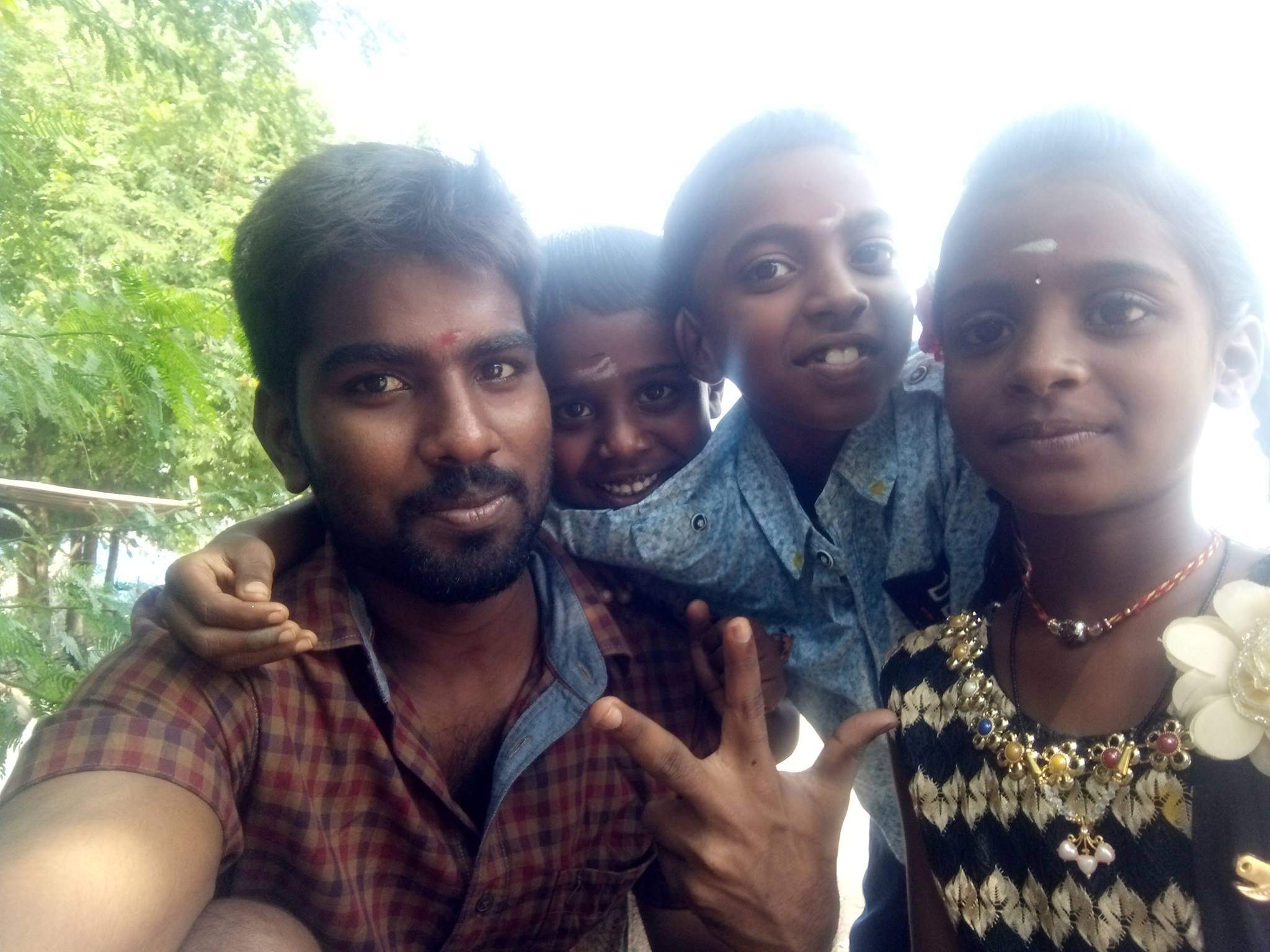 Unfair exam: The doctor said that NEET is making it almost impossible for students from less privileged backgrounds to get an MBBS seat

"If NEET was mandatory when I was trying to get a seat, I'm sure I wouldn't have gotten one. There is no way that I could have afforded coaching classes, I went for tuitions for two months for my public exams but I dropped out because I couldn't afford it. Moreover, taking a gap year would not have been a feasible idea at all. Instead of taking that year, I might have chosen to work or take another course. So medicine would have never happened for me had NEET been made compulsory," he explained. He also said that he thinks that irrespective of whether one comes from a CBSE or State syllabus background, the first year is going to be equally challenging for everyone and that NEET doesn't make the course any easier. "Besides a better grasp of the English language, there is nothing that is different between a CBSE and State syllabus student. With NEET, we are only ensuring that students from English medium schools with well to do backgrounds find a seat. Students from Tamil medium schools from poorer backgrounds simply don't stand a chance. I wouldn't have had a chance," he explained.

Back to the place he calls home - with a stethoscope


When asked if he was planning on staying on in Chennai to work, Muruganantham let out a laugh, "No way. I'm going back to my ooru. I'll work for my people there." There are many like him, who chose to go back to serve their own people and why do you need a foreign language to converse with your own.

So for a student who has always been devoted to studies, is there any chance that he ever had the time for hobbies? "Farming," he responds instantly. "Now when I go back to my village, I will practice medicine obviously but I'll do farming on the side. I grew up in the fields learning to farm, it is something I will always do. I am a farmer's son after all." Here's wishing Dr Muruganantham, the absolute best!