Facebook will have a dating app soon! Does that mean a serious competition for dating services like Tinder? With FB's 2.2 billion membership, it does feel so

Facebook CEO Mark Zuckerberg announced at the F8 Annual Developers conference that they will launch a new dating service called “dating” within the social networking site. “This is going to be for building real, long-term relationships — not just for hookups,” said Zuckerberg joking onstage.

Here’re 6 things you need to know about this:

1) It will be within the main app but it will be optional and completely as an opt-in feature. Zuckerberg ensures that it was developed with safety and privacy in mind.

3) People will be matched based on their interests, preferences and mutual friends.

4) It will also have a separate messaging forum, unlike FB messenger, which will keep you from sending images and videos (You know the kind we're talking about).

5) The ‘dating’ service has a feature called ‘unlocking’ which could make your profile visible to the attendees of an 'event' they were interested in.

6) It may not cost any money. Facebook hasn’t mentioned if they will charge the users for the service. Tinder and Bumble are free but have a premium version that costs about $10 per month. No more Love Me Tinder?

Facebook has about 2.2 billion active users worldwide and this could mean serious competition for other dating services like Tinder, Bumble, OKCupid.

The announcement of Facebook’s ‘dating’ saw the stocks of the company Match, which owns Tinder and OKCupid, plummet 22 percent the following day.

Despite all this, these apps have a good understanding of the market and don’t seem too worried. 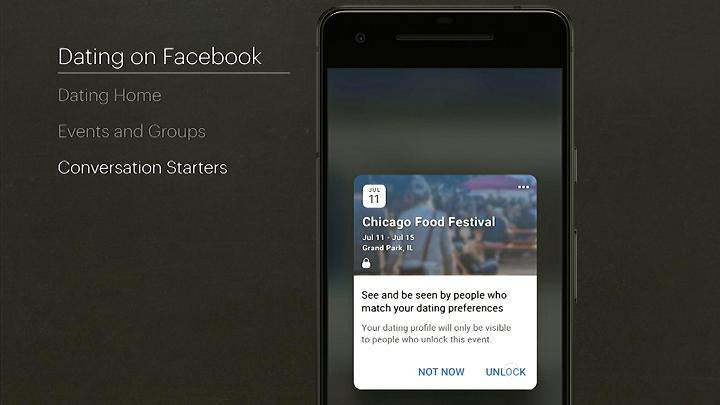 Is it safe or is someone going to hack this crap too?

In the wake of the Cambridge Analytica privacy scandal, Facebook seems to have lost the trust of a lot of its users and they might be apprehensive about sharing more information about their personal lives, especially on the romantic front.

When users of other dating apps were asked if they would use the Facebook dating feature post the privacy scandal, here’s what a 19-year-old medical student said, “I don’t think I’ll use the dating service provided by Facebook as conversations tend to get a little raunchy and people a little salacious. I don’t want my privacy infringed upon in those cases.” People are still sensitive post their trust being breached and now may not be most appropriate time to launch a feature like this, but only the release of the feature will tell how people choose to receive it.