The University protests have led to statewide violence and bandh in the state, but the students are not stopping till they get the Centre to take action against the VC

For more than two months now, students of Manipur University have been relentlessly protesting against their Vice Chancellor, A P Pandey. The administration and the state's lack of intervention in the matter has led to a state wide bandh and an outbreak of violence in the region. But how did a University protest get so out of hand? The students point to only one person - the VC.

A P Pandey was appointed on October 24, 2016 and assumed charge on December 13 - the students say that the University began to face problems the day that he took charge. "The main issue is that the VC has a strange habit of remaining away from the University for long periods of time and when he leaves he never lets anyone know when he will be back. He never enters his day of return in any of the records and most of his visits are unofficial trips," said Kendy Athouba, the secretary of the Manipur University Student Union. 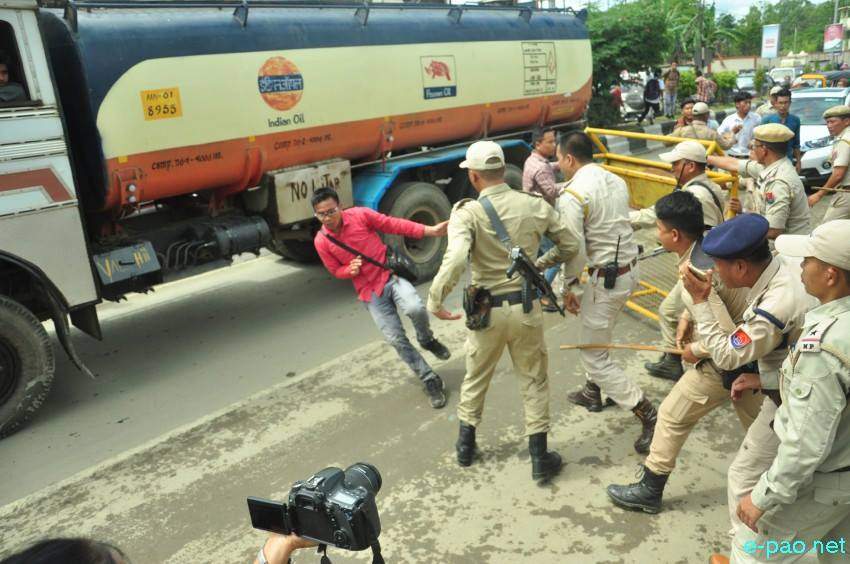 Unnecessary Force: One of the students was almost pushed under the wheels of a truck during the protest, he is currently in hospital

Due to his absence, many mandatory University procedures, initiatives and meetings either get delayed or never happen at all the students said. According to the student's memorandum, the VC has violated the Act that make sit mandatory for a "court meeting" that is conducted to assess the current financial year's performance and prepares the objectives for the coming year. "The VC has forfeited the idea of check and balances and this gives rise to chances of manipulation of the programmes and he even uses the sanctioned amounts for personal use," the students say. Besides the court meeting, the VC has allegedly also failed to conduct the executive council meetings and the financial committee meetings, both of which have to be held three times a year and is held to keep the VC under scrutiny.

"We have not even had one convocation ceremony since 2014 and when we approached him about this, he simply paid no heed. Another important thing is that there are several courses such as LLM, MA Fine Arts and M.Ed which were scheduled to start last academic year is still in the pipeline," said Kendy. The student union member also pointed out that the VC has "deliberately" filled posts like that of the Registrar, the Controller of Examinations, librarian and Curator under the "in charge model" in order to possess the ultimate monopolistic power to control the University. He also allegedly "indulges in corruption" as huge amounts are collected in the recruitment of several posts by way of contract basis even though they are in contravention to the University rules. The students have accused the VC of also funding student organisations like the ABVP illegally. 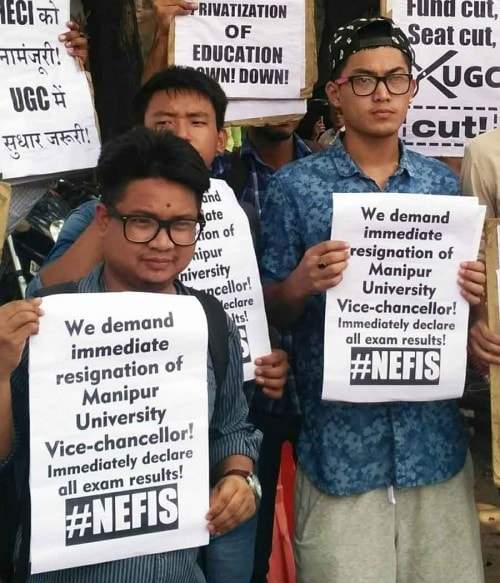 Fight is on: No classes have been conducted on campus as students are refusing to change their stand. Many also complain of constant frisking by security guards for no reason.

One of the allegations that the students have made that particularly stands out is that the VC has made a deal with a Lucknow based-firm to supply examination answer sheets for Rs 24 when it was previously only Rs 5. In their memorandum, the students also alleged that he has transferred Rs 5 crore of the University money to a Lucknow company for the installation of smart classes but provide no source of this news due to their "request for anonymity".

The protests that have been raging on from May, the campus has been shut for a month, most faculty members have also resigned their posts and are completely in support of the students. The students have unfortunately also had to face the wrath of the police and many have also been injured gravely. However, the VC is flat out denying the allegations and is refusing to give his resignation. "It has gotten this big because we feel that the state is not doing anything to remove the VC and no matter how many times we go to him with our problems he initially shows concern and then he goes back to his old ways. There's absolutely nothing else we can do except to go to the streets in order to get the Centre's attention," Kendy said.