'Bandicoot': Makers of the robot that can end manual scavenging all set to meet PM today

Started in 2015 by a couple of tech enthusiast, GenRobotics has unveiled Bandicoot — a semi-automatic robot that is all set to prevent deaths  in deep manholes

Remember Bandicoot? The robot that has the potential to eradicate manual scavenging from our country. They just got closer to their goal as they are set to meet the Prime Minister of India on Wednesday.

Needless to say, the team is super excited and all set to meet  PM Narendra Modi. "We got the invitation on the very day we inaugurated the robot in Kerala i.e. February 26, 2018," Vimal Govind, CEO of GenRobotics.

Impressively, the team is still dedicated to the cause. That's probably the reason why half of the team has chosen to stay back to oversee the routine back home. "Because it was in a short-notice, only two of us are in Delhi and rest of the team have taken up the responsibility of the cleaning activity of Attukal Pongala and the robots are successfully handling it," Vimal adds.

Together in spirit, the team is excited to have such an opportunity. "For us, this is the correct time to meet the Prime Minister because we wanted to ensure two things — first, to improve the functionality of the device and the second, to make sure that the existing workers can operate it properly. Now that we have we have achieved both our goals, meeting the PM will be a stepping stone for our pan India expansion," he said.

The year 2015 created much ruckus in Kerala when 32-year-old Noushad, an auto driver from Kozhikode, lost his life trying to save two manual scavengers in a pit. The three died after being stuck in a manhole for 30 minutes, while passersby and authorities watched, helplessly.  As expected, the chief minister of the state immediately promised to resolve the crisis of unsafe manholes, but a solution wasn't found until 2018.

But 2015 wasn't all gloom for Kerala. After being in the limelight for creating their famous Iron Man exoskeleton, Vimal Govind M K and his team had given up on their dreams of making it big with their hardware start-up based out of Thiruvananthapuram, GenRobotics. Lack of funding and other commitments forced them to think of other careers. "When we started GenRobotics, we were particular that we wanted to bring out good engineering products and create new designs. But due to financial crunch, we couldn't follow it up," says the CEO, Vimal. 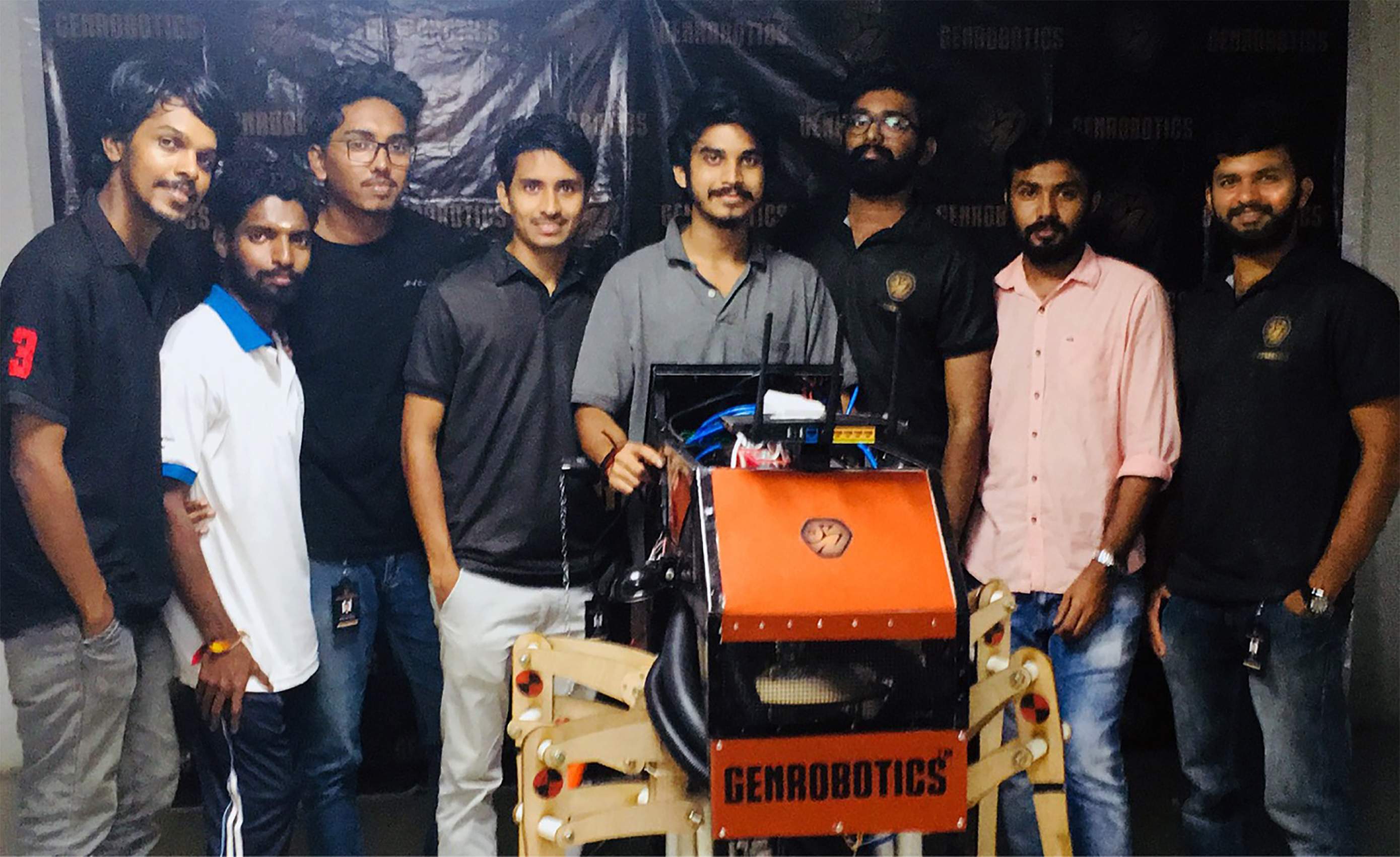 A-team: GenRobotics with Bandicoot, the robot that can end manual scavenging

Meanwhile, as the pressure was mounting on the Kerala government for their inaction, Kerala Startup Mission (KSM) caught wind of GenRobotics' exoskeleton models and approached them for a solution, as a last resort. "By this time, we had all found jobs and were happy, but when KSM contacted us, we knew that it was too big an opportunity to let go and we wanted to give it a shot," says Vimal.

He admits that it was only after their initial groundwork with KSM and Kerala Water Authority (KWA) did he understand the gravity of the situation. "Up until then, we just saw the issue from an engineering point of view. The more we researched on the subject, the more our eyes were opened to the number of lives lost in manholes and also of the caste dynamics that are attached to it,” says Vimal. For the team of nine, it was certainly a moment of realisation. Much to their parents' dismay, the youngsters (24 and 25-year-olds) quit their jobs and ‘coming up with a solution’ was all that they could think of. “It was indeed a risk, but we realised that if we were able to find a solution, then we could solve a national crisis. And if we couldn't, we'd at least learn something about the process,” says Vimal. Tech disruption: The spider- unit of Bandicoot goes down the sewer pit and then to the manhole for removing blockage

In January 2018, after a lot of trial-and-error, Bandicoot — a semi-automatic robot — was unveiled to the world and it was the much-needed solution that the Kerala government was looking for. "We had to look into numerous factors before finalising the design, one of which was to ensure that the existing labour force wouldn't lose their jobs. Hence, we made a conscious decision to make it semi-automatic, so that the labourers are required to operate it,” says Vimal.

The robot has two units — one is the vehicle unit for the device's mobility and the second is the spider unit which is used for cleaning. "The first step is to lift the heavy manhole cover as it is labour intensive. The spider unit then goes down the sewer pit and then to the manhole. It attaches itself to the walls of the manhole and the robot arms go around the hole and clean it, just like human arms would. The jetting pipe can be positioned by the robots and it can remove any blockage and the arms, as well as the bucket attached to the device, can collect the solid waste," explains Vimal.

As of now, GenRobotics have successfully tested the device in the lab. The real challenge, according to Vimal, is to check the device's success rate in a real scenario. "Once this is done, we plan to make the user interface as friendly as possible. Following this, we want to make it foolproof so that the error rate can be reduced," says Vimal. That being said, GenRobotics isn't up for mass production anytime soon. "We have received enquiries from numerous states, but we just want to produce ten devices initially, so that we can constantly monitor them and rectify any errors. Only then will we think of hitting the market, " concludes Vimal.