The Republic Day emoji is available in 9 languages and live from now until Monday, January 29, 2018

Attention Tweeters, check out the special #RepublicDay emoji on Twitter NOW. As India celebrates its 69th year of being a Republic, Twitter adds to the festivities with the launch of a special The Republic Day emoji which is available in 9 languages and live from now until January 29, 2018.

Minister for Defence Nirmala Sitharaman acknowledged the emoji while welcoming the leaders from ASEAN countries to India in the tweet: 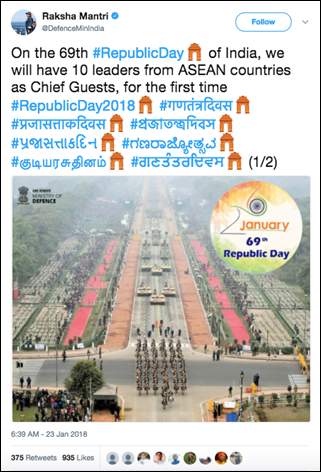 Check out how former President of India Pranab Mukherjee presented the new emoji: 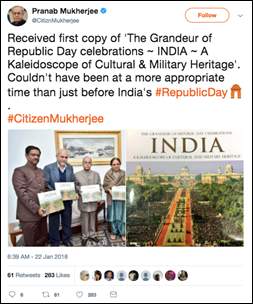 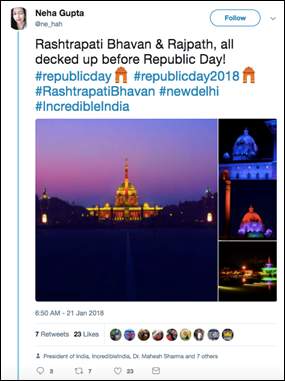 Mahima Kaul, Head of Public Policy and Government, at Twitter India explains why Twitter decided to go forward with this: “Conversations on Twitter reflects what’s happening in India and the world. As we celebrate 69 years of the Indian constitution, Twitter is delighted to join the celebration with a customised emoji of the India Gate. India's Republic Day is celebrated every year with a parade starting at Rajpath, India Gate, in New Delhi. This is why this national symbol in the emoji serves as a reminder of unity, as the country joins in the public conversation on this day,” she says.