In real life, spiders can scare the living daylights out of many people. In reel- life they've been portrayed as wise guardians, scary mythical beasts and even friends. In what could be a way to warm the world to these eight-legged, mysterious creatures seven new spider species discovered in Brazil have been named after characters from literary classics - including Lord Varys from the Game of Thrones and Aragog from the Harry Potter series.

The Lord of the Rings, The Silmarillion, H P Lovecrafts, The Call of Cthulhu and the children's favourite Charlottes Web and Little Miss Spider also inspired the names of small cave-dwelling six-eyed spiders inhabiting northern Brazil.

The new species, discovered by scientists from Instituto Butantan, Sao Paulo, all belong to the same Neotropical genus Ochyrocera. While all seven previously unknown species prefer staying in the shadows underground, none of them has the adaptations characteristic for exclusively cave-dwelling organisms, such as loss of pigmentation and reduced or missing eyes.

They are classified as edaphic troglophile species, which means that they are capable of completing their life cycle away from sunlight, but are not bound to the deepest recesses. Often crawling near the surface, they can even be spotted outside the caves. To describe the species, the scientists collected about 2,000 adult specimens following a 5-year series of field collection trips. 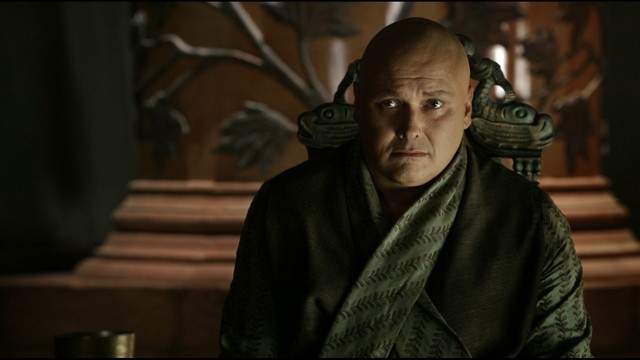 Lord Varys is also known as the Spider because of his manipulative skills and ability to weave and command his networks of eyes-and-ears across two continents. Two species are named after spider characters from the classic works by J R R Tolkien.

Ochyrocera laracna is a species named after the well- known giant spider Laracna (Shelob in English) who attacks main characters Frodo and Sam on their way to Mordor in The Lord of the Rings second volume - The Two Towers. On the other hand, the Brazilian spiders sibling - Ochyrocera ungoliant - is linked to Laracnas mother.

Ungoliant appears in Tolkiens book The Silmarillion, whose events take place prior to those of The Lord of the Rings second volume The Two Towers. According to the story, Ungoliant translates to Dark Spider in Elvish.

Another staple in the 20th-century fantasy literature, the Harry Potter series, written by J K Rowling, enjoys the attention of the researchers. The species Ochyrocera aragogue is an explicit reference to the talking Aragog, who lives in the dark recesses of the Forbidden Forest.

In the second volume of the series, Harry Potter and the Chamber of Secrets, he confronts Harry Potter and Ron Weasley. The name of Ochyrocera atlachnacha refers to the Spider God Atlach-Nacha from the universe created by H P Lovecraft. Atlach-Nacha is a giant spider with a human-like face which lives in the caves beneath a mountain and spins a web believed to link the world with the Dreamlands. Friendly crawlies: Some of the species have been given less-violent spider names like Ochyrocera charlotte after the protagonist of classic Charlottes Web

The authors do not fail to pay tribute to much less-violent spiders known from popular children books. David Kirks Little Miss Spider inspires the name of Ochyrocera Miss Spider. The Ochyrocera charlotte species refers to Charlotte, the spider from E B Whites classic Charlottes Web who befriends the main character - Wilbur the pig.