Four minor students of a government-run ST and SC residential school in Koraput district were held by police for "allegedly" trying to murder a student of class 1, said police on Monday. The incident took place on January 10 at Mahadeiput residential school and a complaint was lodged by the parents of the victim the next day, they said.

One of the four accused students had an altercation with the boy around 20 days ago. He and his three friends took him with them on the day of the incident and thrashed him badly, Arjun Banra, investigating officer of the case, said. When the boy fell unconscious, they abandoned him in a drain and returned to school, he said.

As the student did not return to the hostel that night, the school authorities informed his parents who reached there on January 11 and spotted their child lying unconscious in the drain, police said. Both his hands were fractured and he had some severe facial injuries. After his condition improved, he identified the accused students, the official said. 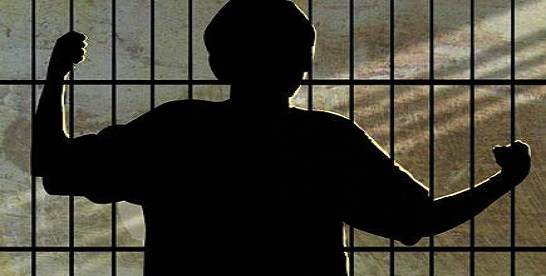 Under-aged rage: The four accused were produced before the Juvenile Justice Board, which granted them bail, the police said

The boy is undergoing treatment at the SLNM Medical College and Hospital here and is stated to be in a stable condition, the police said. While the two accused are students of class IV, the other two students are from class V.

"The accused, who were caught yesterday, confessed to the crime during questioning," Additional Superintendent of Police (Koraput) V R Rao said.

They said initially a case was registered under Section 341 (wrongful restraint), 323 (voluntarily causing hurt) and 325 (voluntarily causing grievous hurt by dangerous weapons or means) of the Indian Penal Code (IPC). However, it was converted into Section 307 (attempt to murder) after the four accused confessed to the crime, the police said.

Sub-Collector of Koraput Krutibas Rout said a departmental inquiry will be conducted and necessary action will be taken if the school is guilty of dereliction of duty. The residential school is run by the state'as ST and SC Development Department.