Social Media 101: Why getting the 'Art of Creating' good hashtags is important

Hashtags have emerged to play a pivotal role in garnering support and encouraging movements by getting the message across, in a trendy way

Recent scams involving Nirav Modi have resulted in hashtags such as #NiravModiLoot,  #NiravModiScam, #PNBScam and #PNBFraud. These hashtags convey the message we want to convey clearly and effectively. They have become new words in the language of social media.  I was surprised when a friend asked me whether I can conduct a two-hour workshop on the topic “Art of creating hashtags”.

What are hashtags? A hashtag contains the sign # and a set of words as in these examples:  #MeToo , #2GScamVerdict, #Resist. It is said that social media has its own language. Hashtags are the words, phrases and idioms of the new language. When we click on a hashtag, we will be taken to a page with other posts, tweets, and statuses generated by other users who used the same hashtag. 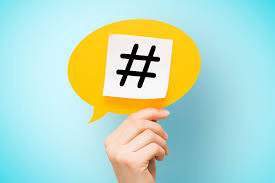 Trend alert: Hashtags play an important role in online communication as they are associated with trends in social media

They make our own content discoverable.  We can also search and discover content related to our interests. To create effective hashtags one needs to use words appropriately and creatively. Creative hashtags help us share our ideas and messages with a wider audience in social media. Hashtags that are used on social media platforms such as Twitter, Facebook, Instagram, Google+ and Tumblr allow social media users to connect with other users and enable them to increase their engagement on such platforms.

What are the characteristics of a compelling hashtag?  It should be short and easy to remember. It can contain common abbreviations and acronyms. They should be unique and relevant. The best practice is to capitalise each word so that users can identify what the hashtag is saying. Hashtags should catch social media users’ attention quickly. Lengthy hashtags should be avoided as they are not memorable.

Here are examples: #MeToo, #MeTooStories , #PNBScam , #IPLAuction , #TrumpInPalmBeach , #ICantBreathe Some hashtags use special and familiar terms.  Examples:  #DemonetisationAnthem #Brexit· #MAGA #MeToo #FakeNews. A trio of hashtags that have dominated 2017 -- a polarizing year dominated by the arrival of Donald J. Trump in the Oval Office.

Ever since President Donald Trump took office, the variations of the word “resist” in different hashtags have dominated social media.  It is reported by Twitter that #Resist and #The Resistance appeared in over 2.5 million tweets.

The Twitter hashtag #blacklivesmatter was voted the 2014 Word of the Year by The American Dialect Society after #blacklivesmatter became a trending hashtag in 2014 following the deaths of two African-Americans. It was voted the “most notable hashtag” by linguists, lexicographers, etymologists, grammarians and scholars of the ADS.

Ben Zimmer, chair of the ADS’s new words committee and executive editor of Vocabulary.com commented on the power of hashtags: “While #blacklivesmatter may not fit the traditional definition of a word, it demonstrates how powerfully a hashtag can convey a succinct social message. Language scholars are paying attention to the innovative linguistic force of hashtags, and #blacklivesmatter was certainly a forceful example of this in 2014.”