TISS protests: Students ask why Tata can't give them 2 Cr when they can give Harvard 325 Cr

The students have been agitating for a while but since it got them nowhere, they have decided to do a complete shutdown of the campus

Students from Tata Institute of Social Sciences have been on strike for the last two days against the administration's decision to withdraw scholarships awarded to SC/ST students. When silent marches over the last four days didn't really bother the administration, they decided to go on a complete shutdown. The students already protested one whole night and are gearing up for the second. The entrances to the college have also been blocked and not even a single class is being held on campus, "We see no other way in which we can get what we are demanding," a Student Union leader said.

Over the course of the last two days, students say they have been issued threats by the management too, "They tell us that we won't get our degree certificates if we continue the protests. No one is doing us a favour, we have worked hard for our degrees, they are not giving them out for free," a student said. Though the administration has finally told the students that they are willing to have a negotiation, the students say they have no faith in the management, "They've been talking about a negotiation for a long time. Now we demand a solution, the students must be given their scholarship and allowed to continue their education." 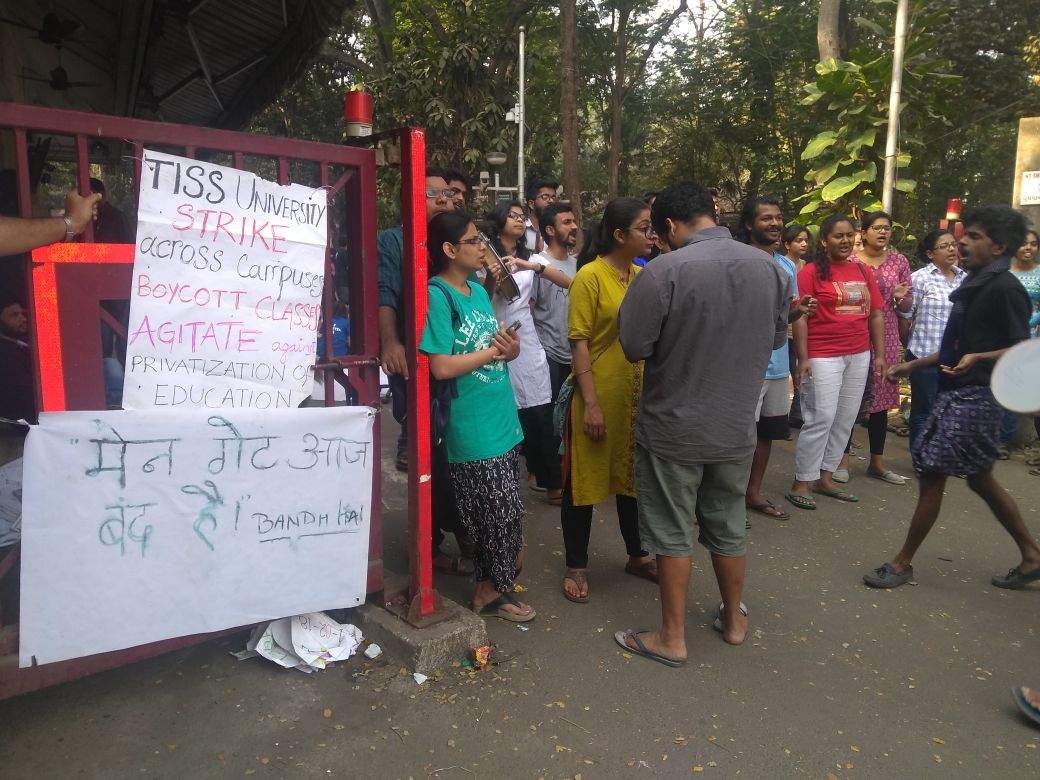 Cordoned off: The students have blocked the two gates on their Mumbai campus and are not allowing anyone to go or come inside

Though the institute has maintained over the last few months that the UGC has failed to provide funds, students are wondering how the $145 billion Tata Group can say that they can't spare pocket change, "The institute should have been able to manage to get the funds by making a proper representation to the UGC. This is only one of the issues, the other fact that everyone seems to forget is that this is a Tata Institute, they are the board members. Tata recently gave 50 million dollars to Harvard Business School and they can't give us two crores? Why is no one questioning them?" a Student Union leader questioned.

The decision to withdraw the scholarship was announced a few months ago by TISS ex-director, S Parasuraman. The ex-director claimed that the UGC had failed to provide funds over many years and the institute no more had the funds to continue to education SC/ST students. Prior to that, the institute had been criticised for shutting down departments like Studies on Social Exclusion and Inclusion, Women Studies and others. Again, the director claimed that they hadn't been receiving enough funds from the government to fund these departments. Eventually, after the criticism, the director said the departments wouldn't be closed down.

However, with regard to the SC/ST scholarship issue, Parasuraman had said the students would have to pay their own fees in order to continue their courses. "At this protest, he made it seem like the institute had been doing SC/ST students a favour by giving them a scholarship. It is a fundamental right and he's acting like he's doing the students favour," said one of the student. 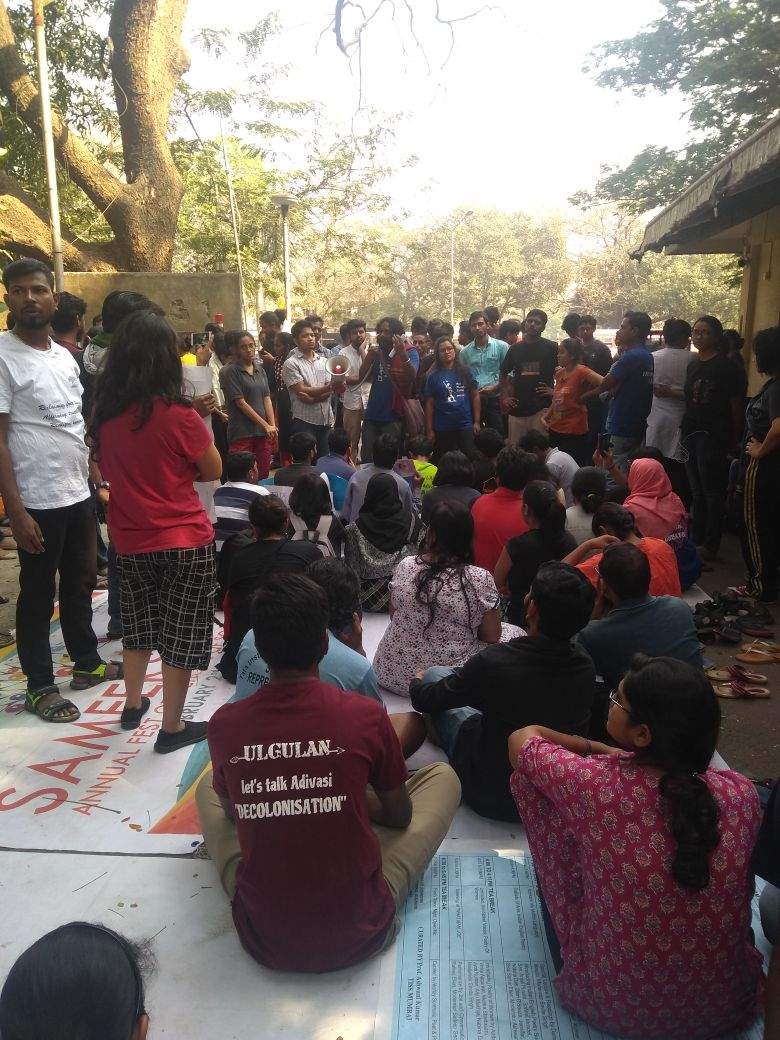 Over the last six months, the Student Union and others students have been trying various things to convince the director to withdraw the decision to stop scholarships, "We've had interactions with the administration. We've had meetings and representations but nothing seemed to work. That's why we decided to protest, but that has also not worked so the only thing left to do is a complete shutdown," said one of the protesting students.

The protests are not just taking place in the Mumbai campus but in their other campuses in Hyderabad, Tujlapur and Guwahati. Over 800-900 students are protesting in Mumbai and the total number of students across campuses is 3000.

Financial aid had already been withdrawn for OBC students in 2015 and the admission rate of admission of OBC students dropped by nine percent, "If the scholarship is withdrawn for SC/ST students they will be severely impacted and they will definitely be forced to drop out of the course and it'll stop future SC/ST students from even thinking about TISS. An institute that was built with the motive to encourage more students more backward communities is now shutting its doors to them," said another student at the protest. The students also said that over the years the fees have been continuously hiked making education more and more inaccessible for the less privileged.