Civil society has to chip in to protect human rights, say experts at Women's Christian College

As the speaker narrated the number of times Essakimuthu approached the authorities, seeking assistance
in his penury and being threatened for daring to do so, took his own life and that of his family, the
audience sat still, painfully aware of the apathy to the distress of the weaker sections of society.

Human Rights activist and Founder -Executive Director of People's Watch, Henri Tiphagne said that civil society has to perform its role in raising its voice against injustice. Delivering the keynote address at the Agenda for Peace amidst Conflict National Conference organised by the Department of English, Women's Christian College, he said that students could create awareness and generate support through social media. The very presence of academicians in human rights violation cases would lend credibility to the process. "It starts with all of us and there is hope," he said.

"One person is forcibly displaced from their country/state every second. 40.3 million people are displaced within a country because of the fear of war, violence and conflict. And  one in every two refugees is a child," said Satchidananda Valan, heading the UNHCR India field office for Tamil Nadu as Associate Expatriation Officer." We are tempted to dehumanise refugee issues and this is why we should never lose sight of human responsibility in conflict," he stated. 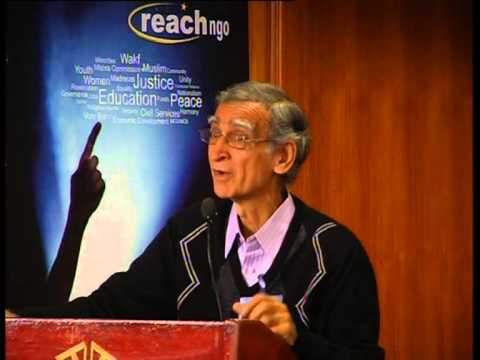 Human rights: The two-day conference had brought together activists like Ram Puniyani, an ardent voice against the spread of fundamentalism

Opening by stating that, "Justice is the foundation of human society," he expanded upon the fact that, "Terrorism finds its roots in politics, not in religion...Religion should promote morality and not become a question of identity," he said

Dr. Armstrong, Head, Department of English, University of Madras, impressed upon the student community the need to promote witness narratives or 'testimonies'.

"Violence is a spectrum. There are nuances of violence that have to be meditated upon – structural, political, tangible," said Swarna Rajagopalan, founding trustee of the Prajnya Trust. She reiterated that, "community responses are needed to address conflict instead of depending only on armies or government machinery.


Focusing on conflict and peace in Film and Theatre productions, the conference included an interaction with award winning filmmaker, Gautam Syiem whose documentaries depict the ravages of the environment through mindless industrialisation, the loss of culture and disintegration of communities. Theatre practitioner, Lapdiang Syiem, gave a brilliant performance depicting the loss of human dignity, the muffling of the voices of creativity, individuality and protest.  Mangai, shared the power of theatre to heal the hidden scars of war. Filmmaker Janaki Viswanathan, shared her journey in creating socially relevant films. The team from the University of Madras walked away with the prize for best theatre presentation while the WCC team won the short film contest.