Jacqueline Fernandez and the DU Virgin Tree: Everything you need to know about this bizarre V-Day ritual

The event that attracts thousands of students every year is loaded with dance, shout outs and proposals. Who would want to miss that?

Hang water-inflated condoms and heart-shaped balloons on the Virgin tree and you will get lucky before the next Valentine's Day — declares a student priest before he starts reciting Valentine's Day arti that is addressed to the 'Damdami Mai' of the year. This year, it's Jacqueline Fernandez who won the err...crown (?)

That's a scene straight out Valentine's Day celebrations at Hindu College, Delhi University that happens every year on February 14. As bizarre as it sounds, it attracts students from various other colleges too. From ribbons and flowers to condoms and love letters, the tree is decorated for the students to seek blessings

Let's decode the elements that revolve around the famous Virgin tree of Hindu College :

The arti: One guy from the hostel becomes the pandit to perform the puja during which he recites an elaborate arti that goes like this: Om Jay V-Tree Maharaj, tum ho Hindu ke centre college ki phechaan (Greetings to Valentine Tree, you are the identity of Hindu College), Aj hai V-Day ka parv, jo hai mingle wo khush, single sab udas (Today is the day of love, while mingles are happy, singles long for someone).  "Everbody sings in chorus after which prasad is distributed. It is said that whoever consumes this prasad loses virginity before the next Valentine's day," says Shrishti, one of the students who attended the puja. *So much feels* 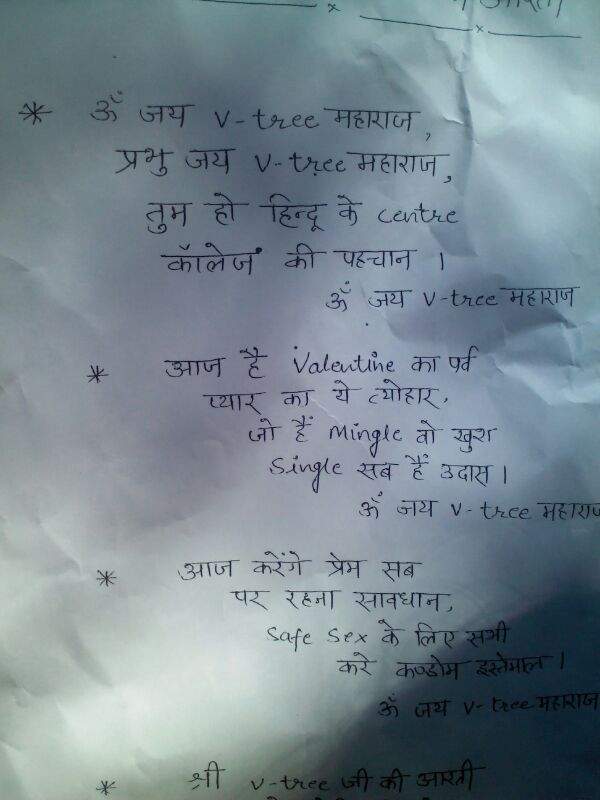 The condoms: The students inflate the condoms with water and hand it on the tree before they pray for a partner they can celebrate their Valentine's Day with. The condoms also represent their concern for safe intercourse. Now, that's responsible. 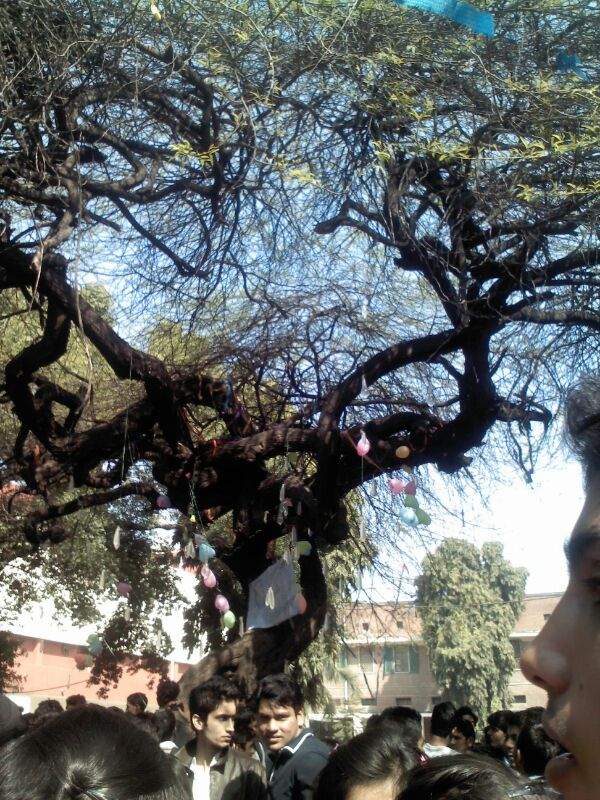 The Damdami Mai: The students chose one of the female actors every year to make the "offering". While actors like Aditi Rao Hydari, Anushka Sharma have been "honoured in the past, this year's lead is Jacqueline Fernandez. 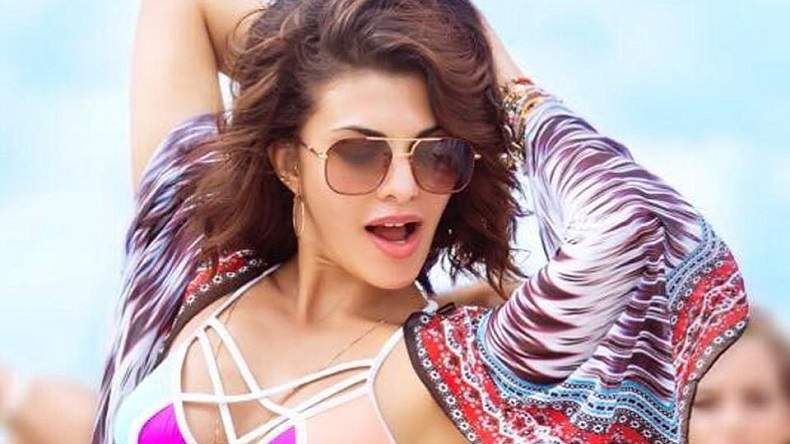 The students, of course: Students from other colleges around also come for Virgin Tree Puja to attend the event that is full of energy and excitement. Afterwards, the Hindu College students bow down to their college building to pay their respects. Students take this opportunity to propose to their love interests right next to the tree. The event is concluded with a dance rally that can last the entire day.

What's new this year: According to reports, the Damdami Mai has a counterpart. It is called the "love-guru" and after taking a vote from the girls on the campus, Ranveer Singh has debuted in this capacity at the much-talked about Hindu College Valentine event.