The teachers were trained on the pedagogy and on the use of tablets in order to implement them in schools from Monday onwards, said officials from Sarva Siksha Abiyan (SSA), which was in-charge of implementation.

The new methodology would be implemented for classes I and III while Class IV and V will be merged to follow the Simplified Active Learning Method (SALM), said sources at the Education department. The books and workbooks for Classes I and II and books for Class III would be distributed at the earliest, while teaching manual was already distributed among the teachers.

"Along with the books, tablets at the ratio of one for every five students has been distributed to as many as ten schools in the District," said sources. Each tablet would be registered under the name of five students. Only those registered students could use the tablets to do the exercises and take evaluation tests, said sources, adding that the results of learning assessments would be tracked and a database for each student would be maintained at the Directorate.

Unlike the ABL learning, where students would be segregated into six different groups based on their learning ability, an elementary school teacher who wished to remain anonymous, said that this pedagogy has four groups -- studying with the teachers, studying on their own, group studies and evaluation process.

Chapters in books and workbooks would have a symbol which would indicate the group under which the chapter should be taught. The schools received the syllabus and the timetable to be followed for the next three months. 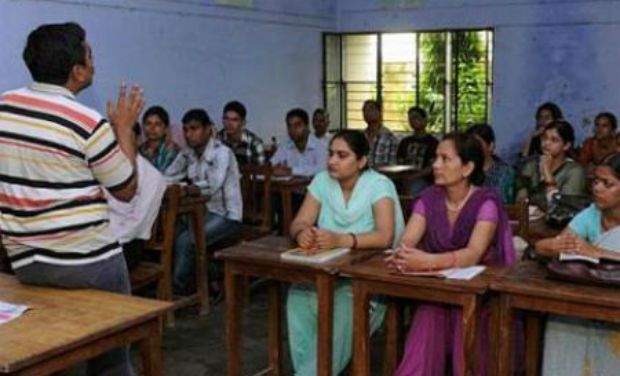 New ways: Teachers are also being taught how to implement these new methods and use them effectively in the class environment (representational picture) | PTI

As the new methodology included a lot of videos and pictures to help students understand, it invoked interest among the students, said teachers, adding that unlike the ABL method, the revamped system used simplified terms to explain the concepts.

All books and workbooks have a QR code, which could be scanned and chapters could be read on the tablet, said, teachers. The colourful drawings and innovative exercises in the books attracted the students. "At the end of each lesson, apart from doing exercises, the students will have to take an evaluation test," the teachers said, adding that the new system includes an option of a student assisting the other children.

Usually, it would be teachers assisting the slow learners, but now, the students who complete the lesson at the earliest could assist other children. The teachers hoped that this method would improve the quality of elementary education.