Unionist. Activist. Alleged anti-national. Left-winger. Former JNU Students Union President. You probably know all this and then some about Kanhaiya Kumar. What you probably don't know is that he doesn't carry a cell phone these days. Even as the Chief Justice of India rapped the Maharashtra Police on the knuckles for being high-handed with the activists and intellectuals — most of whom are supporters and associates of Kanhaiya and company — we wondered how the firebrand youth leader was reacting to the developments.

But how do you reach a man who's always on the move when he doesn't have a mobile phone?

You reach the people around him. His contemporary from the JNUSU, Umar Khalid, was helpful enough to point us towards one of his associates. "He can help you get in touch with Kanhaiya," he told us. True enough. A quick call later, we were told that Kanhaiya, who is currently recorded as pursuing a PhD in African Studies at JNU, had just gotten back from a series of Jan Samvaad meetings in Maharashtra, part of a nation-wide tour that he has started, but still had a couple of meetings in the capital before he could talk.

At 8.30 pm, his associate told us that he was still not done, but promised us that he would call back. Longshot, we reckoned.

Just a little before 10 pm, the phone rang. Kanhaiya Kumar was ready to talk.

This is what transpired:

The country is in a tizzy over the arrest of intellectuals and activists who have spoken against the current government. Do you think there was a need for this coordinated police action?

This government has come up with a false narrative before almost all the state assembly polls and now it is doing the same before the 2019 general election. If we go back to 2016, just before the Uttar Pradesh elections, the JNU anti-national slogan issue came up. People were arrested, the media debated about it day and night, people are still on bail but not a single charge sheet has been filed against anyone even after two and a half years. So what happened to those so-called anti-national slogans? The BJP won the UP elections riding on a false narrative of the issue.

So you believe that these arrests have been made to cover something else up?

Just as the news of the arrests had everyone rattled, there was another news that came out that 99 per cent of the demonetised notes has resurfaced in circulation. One can very well comprehend that the arrests were nothing but a cover-up. An incident like this is orchestrated to shield the real culprits. Members of the Sanatan organisations are closely linked to the murder of the four rationalists and substantial evidence against them has come to light. We live in a country where a Union Minister is seen congratulating a man who was accused of orchestrating mob lynchings. The most dangerous thing, though, is that these fictitious narratives that we are talking about are being built up by some TV channels to mislead people and violate the sanctity of not only the judiciary and the law enforcement but the Constitution itself. This is a direct attack on democracy itself and not just about name calling parties anymore.

The Supreme Court has come out strongly in support of dissent but has still placed the activists under house arrest. What do you think the logic is?

I do not want to comment on the judiciary but I just want to point out that four Supreme Court judges had come out and organised a press conference. It says a lot about how a judge's appointment is delayed. Somewhere, the current regime is intervening even in judicial functions and thus disrupting the democratic setup. Judiciary, executive and legislative — the three major pillars of a democracy, need to work in unison but today that is itself being violated by the government. 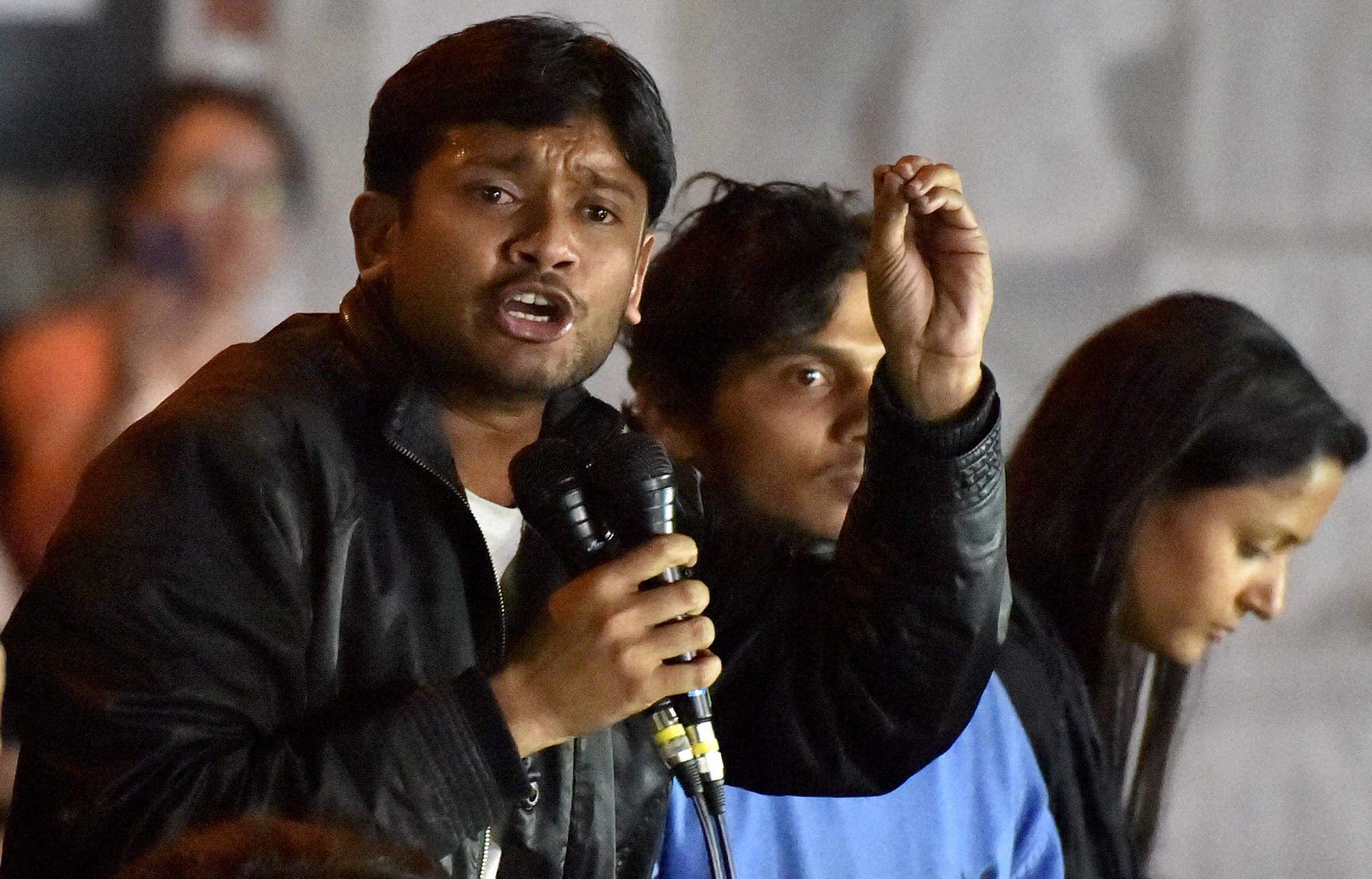 Violated: Kumar feels that the country's democracy is under direct attack

Are the people aware of what is really happening or are the issues of dissent, rights and democracy limited to behind-doors debates amongst the intelligentsia?

There is no denying that the people are not being made aware of the situation. Today, misinformation is being circulated more than information. Basic reportage and information relay that is needed is missing. The masses are being misled by people without proper knowledge of the norms and procedures. Moreover, the media, at least a major section of it, is being directly or indirectly monitored and dictated to by the government. So, if we do not have the medium to communicate or reach the people the only option left is going to the people and making them aware of the truth.

Arun Jaitley has announced that India is set to be the fifth largest economy in the world. What do you think are the developmental aspects we should look at along with this economic boost?

This is nothing but theatrics with numbers. We have seen previous instances where the government has left out three major sectors and come up with a GDP growth rate that is astounding. But what people face in reality is important. Talking about building smart cities when the citizens of our capital are not able to breathe is nothing but ridiculous. People in various parts of India have no access to clean water, proper health care, education or transportation, but they want to build smart cities first. If our villages are not smart how will our cities stay smart? It will only trigger migration to urban areas and that will lead to overpopulation, resources will dry up sooner, more slums will come up and there will be a dearth of basic necessities. We should concentrate on trying to provide basic necessities to our citizens. It is an imbalanced approach to analyse the country's economy if you concentrate on just the thriving sectors and ignore the rest. 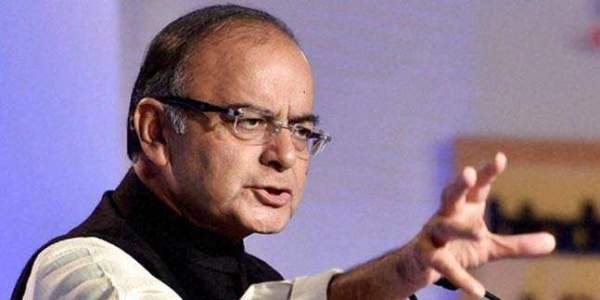 Easy development: A strong GDP growth that they show is just manipulation of stats, says Kumar

We heard about you for the first time when they called you an anti-national. How do you think the definition of nationalism has changed over the years?

How will all these factors culminate to affect the 2019 polls? Will you be contesting this time?

The ruling party is doing all this precisely for the 2019 elections. Since they have not done anything for the country they want to divert our attention towards the non-issues. It is our duty as a citizen to bring them back to the basics. I do not know about being a candidate as there is a detailed procedure to that but I will definitely campaign against this anti-people regime.

What role are you playing in the process of reaching out to the people and sharing what you think is going wrong in the country?

I concentrate on how we can fight our way out of this situation that we are in right now and, in my opinion, the people, if assembled, are the only ones who can do that. It is the need of the hour to organise the masses. I am focusing on going back to the basics, that is taking these issues to the people and discussing them at length. That's why we are traveling across the country to organize Jan Samvaad sessions on the topic Samvidhan bachao, desh bachao (Save the Constitution, Save the country). We are also organising yatras or marches on this topic wherever need be. I, with the All India Students Federation (AISF) and the Communist Party of India (CPI), have started a cross-country tour and we have already organised sessions in Bihar and Maharashtra. We plan to travel to Karnataka, Tamil Nadu then back to Bihar and then cover the north-eastern states starting this September. But I want to make it clear that we are inviting all those political parties who believe in the Constitution and democracy to come together. We have already seen NCP, Congress, Ambedkarite groups and Leftists joining us in Maharashtra. 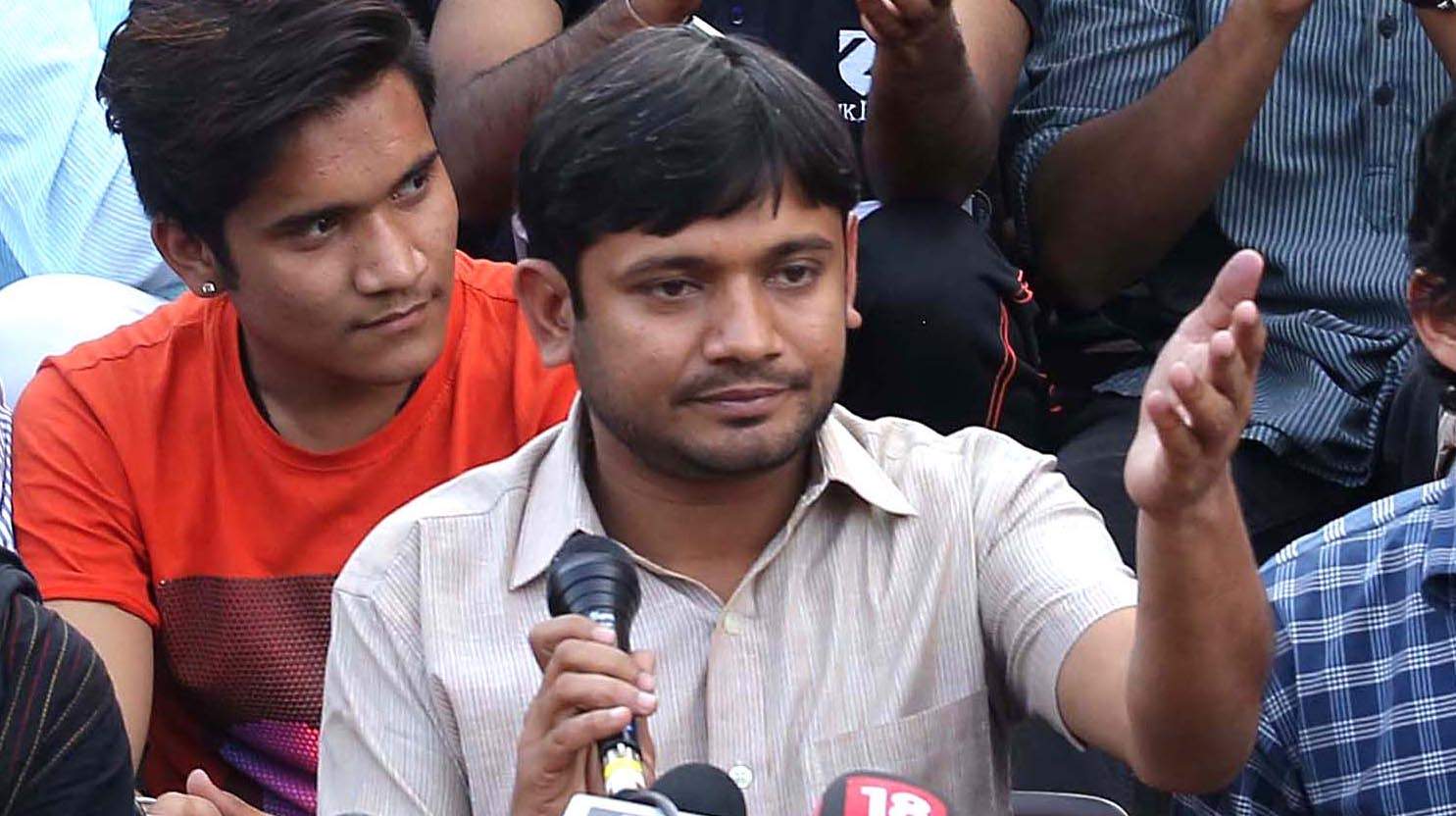 Back to basics: Kumar, with the AISF and CPI, is traveling across the country to interact with people

Is it possible to bring about social change at a national level without being involved in electoral politics?

I am not rejecting the process of formation of mass organisations to raise the questions and issues of the public but I think that since the parliament plays a major role when it comes to social transformation, we should adopt the parliamentary mode as well. I strongly feel that if good people are elected as representatives they will bring about a change. But concentrating on just one aspect won't make any difference. We need to strike a balance between electoral politics and mass movements.

And yet, mass organisations haven't been very successful in the recent past. Why is this?

All the mass organisations are struggling today. The students' organisations are still thriving with a protest or two sprouting at every other university to voice their opinion but the ones which represent the marginalised sections of the society still do not have a solid ground to stand on. This is why we need to have a balance between the electoral system and the mass movements.