The former student of JNU is completely safe, police are on the spot currently.

JNU student Umar Khalid was allegedly shot at by an unidentified assailant while he was at the Constitution Club in New Delhi on Monday afternoon. He is completely safe and unhurt.

Umar Khalid can be seen in a video shot immediately after in a visibly shaken state. He explained to the media, that he had been standing at a tea stall right outside with three other people when he was suddenly attacked. "He held my neck from behind when I spotted the gun, I tried to push him away and the other friends helped me too. He then began to run and fired the gun again," the JNU student said. 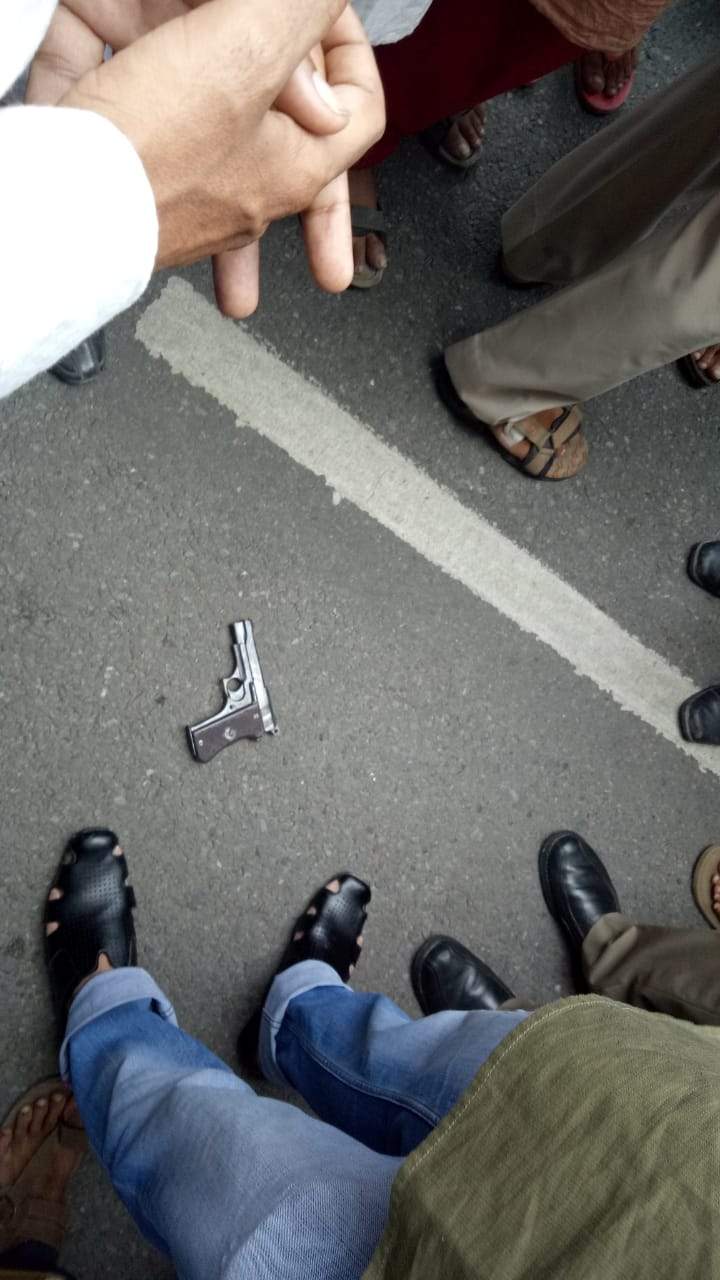 The gun lying on the road after the shooting

What is particularly surprising about the incident is that the attack took place outside the Constitution Club which is located right in the middle of the city in a high-security region. Also, it took place just two days before Independence Day, an irony that many netizens are pointing out.

The student leader was at an event titled, "Khauff Se Azaadi" organised by an organisation named 'United Against Hate". Speaking about the incident, Khalid said that there is an atmosphere of hate and even questioning the government can endanger life.

The JNUSU has released a statement saying: We would like to make it clear that no voice can be curbed and the students' movement will continue to produce fearless voices. We also demand that the Delhi Police take all appropriate actions and those conspirators behind the attack.

The police are on the spot and are investigating. There is no information yet about the motive behind the attack. However, the gun has been left behind on the road. More details are awaited.