This is the first time that Team India got past the quarterfinals and won silver. The Indian Schools Debating Society has been coaching and sending students for tournaments for the last 10 years

Debating is no more child's play even though these children are pretty great at it. The World Schools Debating Championship, 2018 was recently held at  Zagreb, Croatia and the students chosen to represent India didn't just bring back awards but they also broke a few records. For the first time in the history of the Indian Schools Debating Society, Team India reached the Semi-Finals and Finals of the WSDC and won silver!

Prior to the WSDC, these students were trained in three sessions — a regional tournament in Chennai, a zonal selection workshop and a final national selection camp. We interviewed five of the students who made it to Croatia —  Hemanth Bharatha Chakravarthy, Saranya Ravindran and Tejas Subramaniam from PSBB, Chennai, Manya Gupta from Neerja Modi School, Jaipur and Dhananjay Ashok from The International School, Bengaluru.

This 18-year old student from Padma Seshadri Bala Bhavan is ranked the 8th best ESL speaker in the world. Surprisingly, the young man said he only got into debating when he was in the 9th grade but has always been interested in discussing news and politics. But with a little help from his seniors and his coaches, Hemanth became one of the youngest and most successful members of the debating team. Now, this debater is on his way to Harvard and he gives a big chunk of the credit to his debating team, "I have had a chance to interact with some of the top debaters in the world and that has given me so much exposure, which is why I breezed my way through admissions and other procedures." The passionate feminist says he hopes to continue debating when at Harvard as well!

Catch a little bit of the debating fun here -

Only 15, Saranya is certainly wise for her age and she says that is because through debating she has managed to widen her knowledge and skills."I was into public speaking but debating was new to me but after attending workshops and working with my coaches I have been able to better my game," she said. Saranya says that the best thing about debating is that the policies and issues they discuss impact her on a personal level. She says she enjoys debating on topics like feminism, LGBTQ rights and religion because she is passionate about these issues and is, therefore, able to speak about it with more conviction.

For someone who was scared of even speaking in public, it's quite a wonder that Manya is now one of the top debaters in the world. Manya says it was her friends who encouraged her to give debating a try and says it is one of the best decisions she's made. The 15-year-old says that debating has helped her engage with more social issues and allowed her the opportunity to process ideas better and actually care about issues. But more than anything she says debating has helped her become more confident and also helped her meet more people who are "exceptionally hardworking and inspire her to work harder as well". 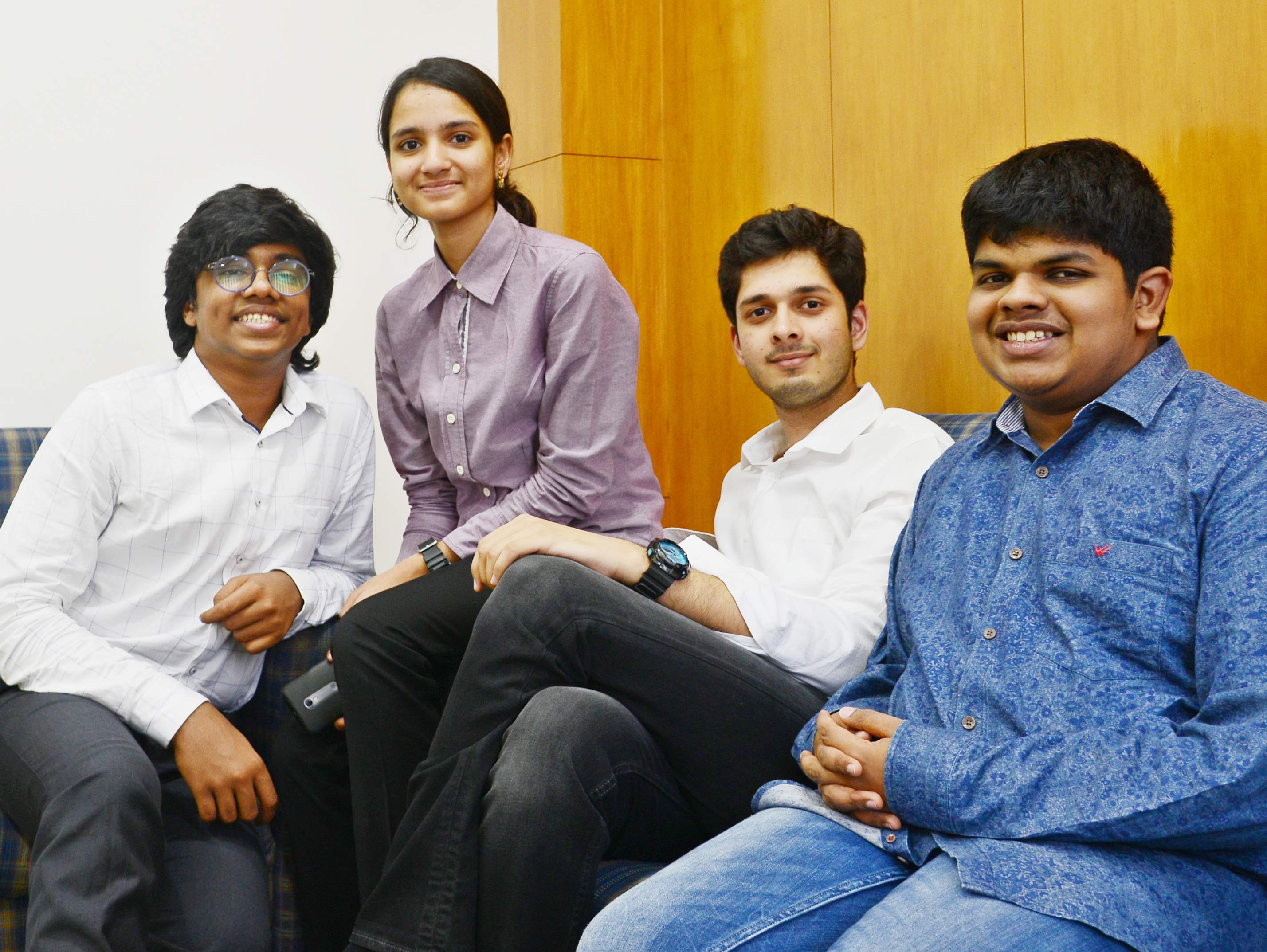 United they debate: Hemanth, Saranya, Dhananjay and Tejas are not only a great team but great friends too

A class 11th student of PSBB, Tejas was named as the seventh ESL speaker at the WSDC. Tejas is someone who likes to blog about social issues and politics enjoys debating on topics like feminism, social justice, economy and animal cruelty. For someone who likes debating, winning the 7th ESL speaker came easy. "One of the topic for the final round was that 'Whether the US or the West, in general, should end military cooperation with Saudi Arabia on account of its actions in Yemen. I was prepared to talk on this as I felt that these issues are very thought-provoking and has a large impact on the world," says Tejas, who aspires to become an economist or a lawyer.

For Dhananjay, debating is a piece of cake. He's been in the team for the longest and is participating at the tournament from past three years. "I'm the first Indian and English Second Language Speaker to have ever won Best Speaker at the WSDC," he beams with pride. Dhananjay who hails from Bengaluru just finished his 12th grade and studying at the University of Toronto is next on the cards for this young debater. Upon asking what it was like to have won the silver cup, he says, "It feels phenomenal. This is the first time India has ever won a Best Speaker prize and to have reached the finals (is great). We were competing with China. They were a really good team and they ended up winning the tournament. It's nice to see different people debate slightly differently, but in the end, we all used the same logic and it was a nice experience overall."