When luck knocks your door, you ought to use it: Chat between Nirmala Devi and her students exposed

The professor's texts made the students uncomfortable. One of the girls responded, "Mam, I did not expect this from you. This won't suit me and my family"

In what comes as a startling development in the issue of an assistant professor soliciting her students, is the WhatsApp conversation between Nirmala Devi and her students accessed by the police during the investigation. The conversation is in stark contrast to her denial of the act and her claim that her words were misinterpreted.

The conversation is said to have taken place between March 2 and March 18 between Nirmala Devi and her students. The students had submitted the copies of the chat along with their complaint to the college management.

Here are a few screenshots that were released by News18: 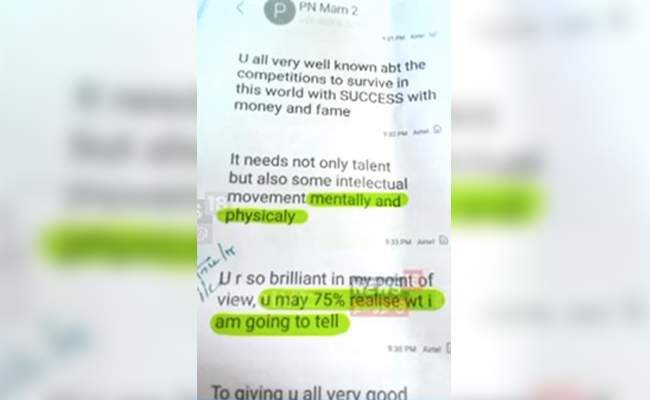 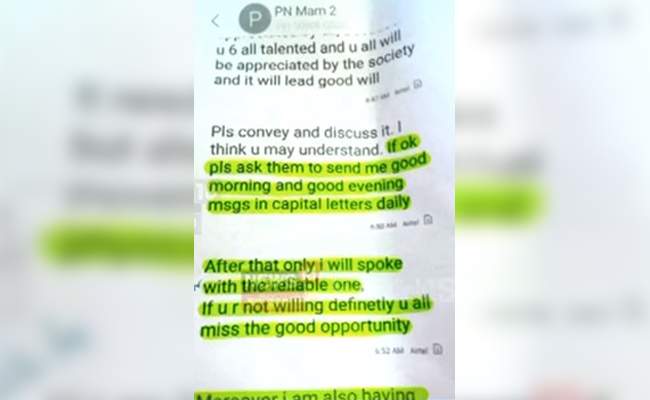 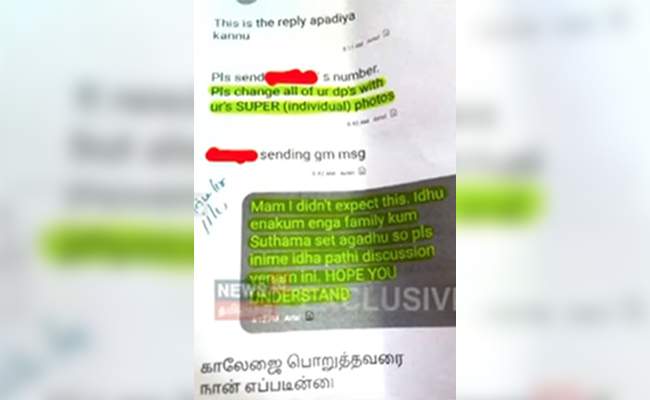 During the conversation, she goes on to say, "You all very well know about the competition that exists in the world and it takes not only talent but also intelligent approach mentally and physically to achieve success coupled with money and fame (sic)."

"All the six of you are talented...If they are okay (with the offer), please ask them to send me good morning and good evening messages in capitals letters. Only after that I will speak to the reliable one. If you are not willing, definitely you are all missing the good opportunity. (sic)"

She then proceeds to say, "I too have two girl children like you, so I will think a lot in all the matters... I am going to execute my plan next week... I will GUIDE you academically and financially.. also in the career. The more you keep up the secrecy, the more will you be appreciated by all. (sic)".

In reply, one of the girls says, "Mam, I did not expect this from you. This won't suit me and my family. So please do not talk about this henceforth."

Continuing to lure the girl, she wrote, "When luck knocks your door, you ought to use it. Luck comes once in a while," for which they girl responded saying, "This is not luck, for me, it is a SIN."

Meanwhile, another girl strictly warns the tainted professor not to speak like that to any other girl and that she remains quiet, giving respect to her age and position.

The assistant professor in her further conversation says, "I suggested this as I see a small but strong ladder. I decided to speak about this after seeing them show care in matters concerning safety. I also gave a similar reply like you once upon a time but the situation changes. I understood that work will not stop due to us refusing it."

Lastly, Nirmala Devi wrote, "I have missed so many opportunities and I will consider this too similarly... If you are not interested, leave it. I will convey it to them. They will look for other people."