As the Ministry of Human Resource Development releases the NIRF list for the year 2018, the list of universities in management school largely remained the same. However, there was some ups and downs compared to last year.

While there are some colleges that have maintained the position, IIT Indore is missing from the top 10 list, unlike last year when it was placed at number 10. This time the surprise entrant was IIT Bombay ranking 5

Like the previous year, the list was dominated by IITs than purely management schools. Even though many IITs maintained their status on the list. Some of them a slipped a few points lower leading on lower ranks.

Here is this year's list and how their ranks 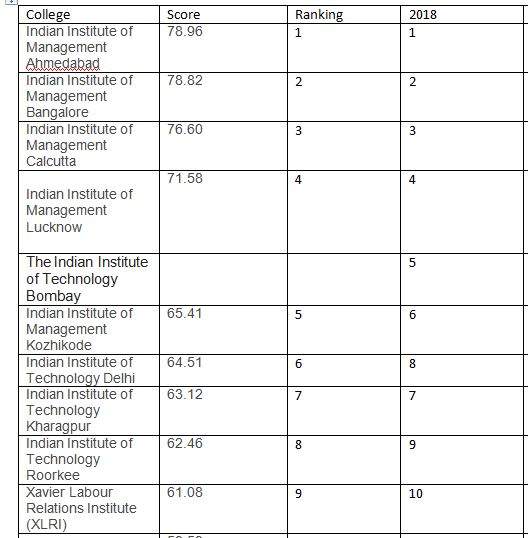