Good news for dog lovers: Now, rent one to keep stress at bay

Dog lovers can rent a canines for few hours or even a day in metro cities from September with a new venture set to open around 100 outlets over the next 12 months.

Jaipur-based dog behaviourist Viren Sharma is planning to open around 100 'MAD' (Mad About Dogs) centres across India which, besides renting exquisite pooches, will have facilities such as salon, spa, hotel, training institute, medical provisions and behavioural correction institute.

Also, one will be able to spend a dog-day-out in cities including Delhi, Mumbai and Bengaluru. Some of these facilities are already being provided in the Pink city.

"Initially we will start the work of opening these centres in major metros and the renting facility would start latest by the second quarter of this fiscal," Sharma told says.

The concept, which is extremely popular in the western countries, is aimed at relieving people of their work-life stress. Sharma said, nowadays, due to a busy schedule, people who are fond of dogs are unable to adopt them full time, as lack of attention and time impacts the health and life of human's most-friendly animal. 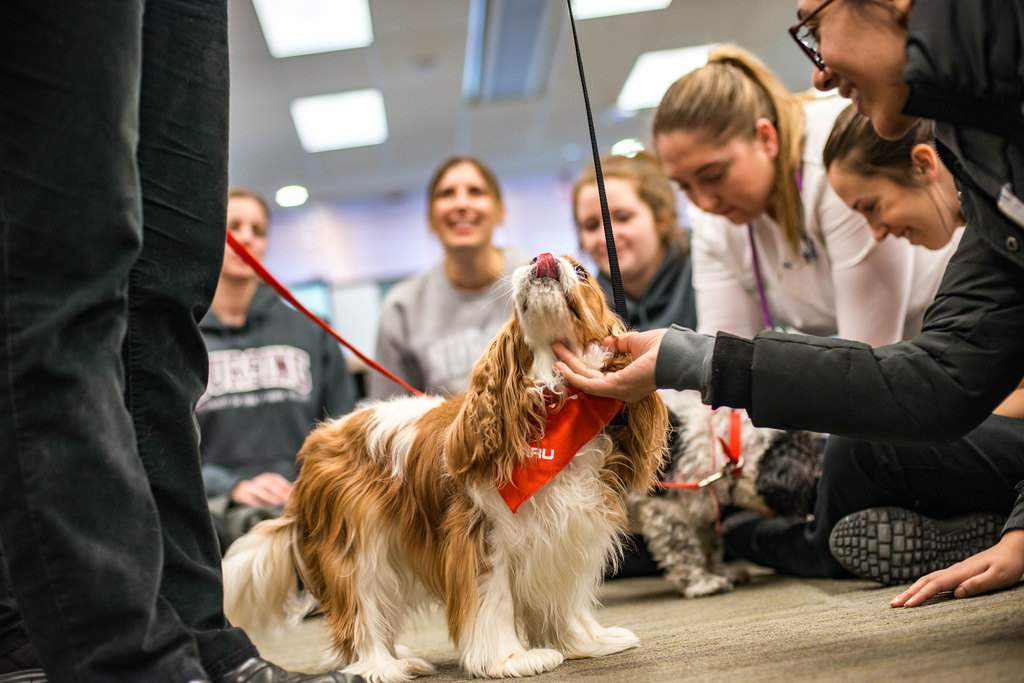 Dog days: Therapy dogs are extremely popular in the western countries. These sessions can help people with their work-life stress

The dogs available on rent will include stray ones rescued and will be specially trained by handlers in a manner that they don't mean harm to anyone. The centres will be a retail chain of stores, a one-stop solution related to dogs, right from adoption and renting to buying, selling and grooming, among others.
Sharma said people going out of town can also drop their dogs in these centres for as many hours or days as may be pertinent. Further, a first-of-its-kind canine behavioural institute will also be incorporated by October this year in Jaipur by Sharma, with the support of faculty from abroad and skilled people who know the art of dealing with dogs.

To be called as International Institute of Canine Management (IICM), it will impart professional knowledge to those wanting be a dog expert.

"Dog was never a field of study to pursue, but now it will be," says Sharma. The institute will have specialists for dog grooming, dog behaviour, dog training and dog breeds.

"Right from the birth till their death, we will be teaching and training pupils with the most advanced faculty about all aspects of dogs and their existence," Sharma said.

Also a pet nutritionist, he runs PAWS (pet animal welfare society) for the social upliftment of strays and under privileged animals and also organises marathons and annual rallies on issues of canine and mass concern.

He also runs an online portal www.dogbazar.org, which offers services such as adoption of dogs, pet hotel, boutique and accessories.

Currently associated as a secretary for Kennel Club of India (KCI) ' Rajasthan, Sharma is also the breed certifying specialist for KCI