Have you been sleepwalking lately? Congrats, you are better at multitasking than your peers

According to the study published in the journal Current Biology, sleepwalkers exhibit increased automation in their movements with respect to non-sleepwalkers

People who sleepwalk may be better at multi-tasking when awake, compared to their peers, scientists have found. Researchers used virtual reality to unveil significant differences in how the brains of sleepwalkers and non-sleepwalkers control and perceive body movement.

According to the study published in the journal Current Biology, sleepwalkers exhibit increased automation in their movements with respect to non-sleepwalkers. Wearing a full-body motion capture suit in a room full of IR-tracking cameras at EPFL (Ecole Polytechnique federale de Lausanne) in France, sleepwalkers and non-sleepwalkers were asked to walk towards a virtual cylinder. The subject was shown a life-size avatar that could truthfully replicate or deviate from the subject's actual trajectory in real-time.

Participants could, therefore, be tricked into walking along a modified trajectory to compensate for the avatar deviation. Their walking speed and accuracy of movement along with their movement awareness were then recorded and analysed

There was no difference between sleepwalkers and non-sleepwalkers while performing this first task just as previous research would have suggested. When the researchers added a layer of complexity, however, a clear distinction emerged between the two groups. Subjects were asked to count backwards in steps of seven starting from 200. 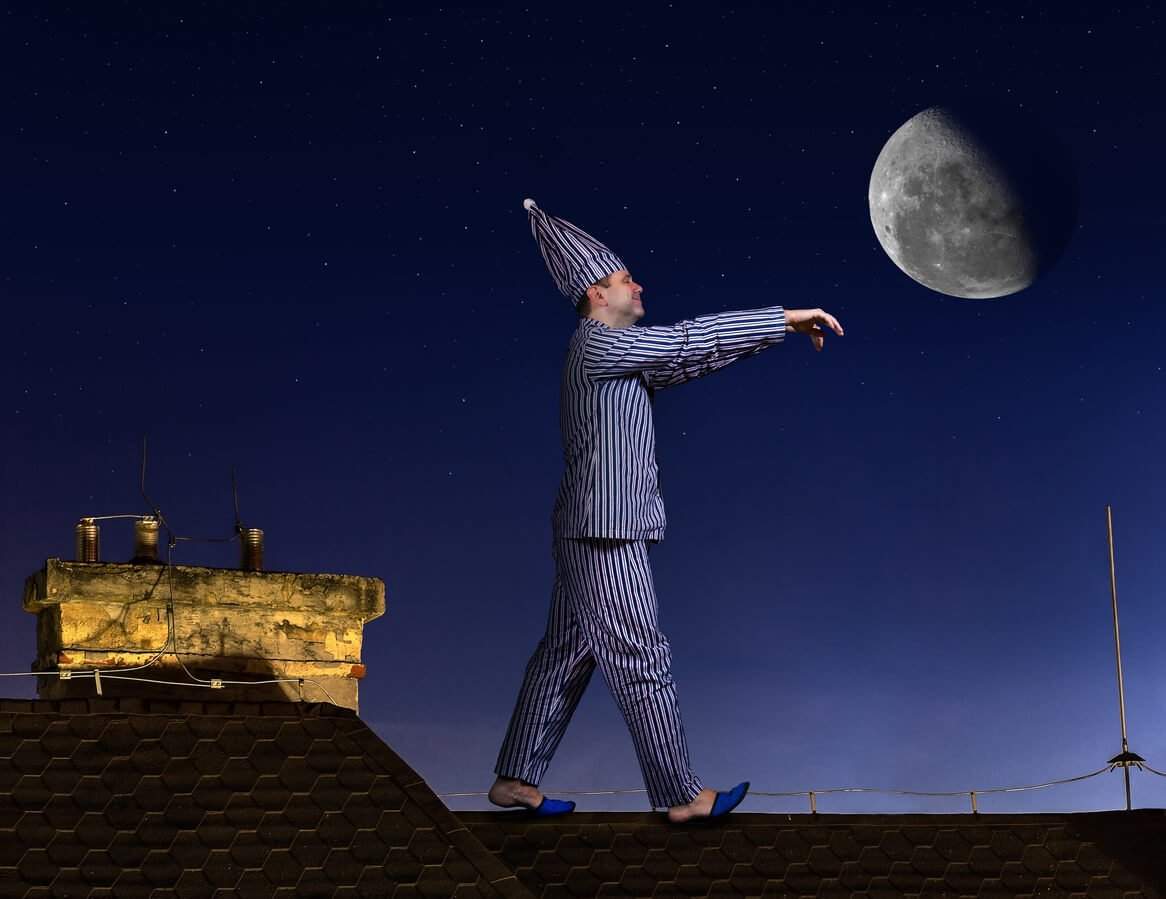 A Walk to remember: Somnambulism currently affects between two percent of adults and over 10 percent in children | Representative image

Non-sleepwalkers significantly slowed down when having to count backwards while walking, yet sleepwalkers maintained a similar walking velocity in both conditions. The findings show a strong link between sleepwalking and automatic control of locomotion not during nocturnal episodes of sleepwalkers, but during full wakefulness. Sleepwalkers were also more accurate at detecting changes in the virtual reality feedback when faced with the mental arithmetic task.

"We found that sleepwalkers continued to walk at the same speed, with the same precision as before and were more aware of their movements than non-sleepwalkers," said Olaf Blanke, EPFL neuroscientist.
"The research is also a first in the field of action-monitoring, providing important biomarkers for sleepwalkers — while they are awake," Blanke said. Sleepwalkers are known to perform complex movements such as walking in the absence of full consciousness.

This ability may translate into a multitasking advantage for sleepwalkers while awake. Somnambulism, or sleepwalking, currently affects between two to the percent of adults and over 10 percent in children. The condition can cause movements ranging from small gestures, to complex actions such as walking and even behaviours like getting dressed, driving a car, or playing a musical instrument — all while asleep. Sleepwalking is caused by a partial arousal from slow-wave or deep sleep, however, it is not known which functional brain mechanisms are affected by this pathophysiology