It says that in developing countries a child's reach to education is closely linked to his family's wealth. Kids in poorer countries have limited access to primary education

Tackling disparities in education is crucial to reducing global income inequality, the International Monetary Fund (IMF) said on Friday, urging governments to spend more on schooling for disadvantaged children. In a report, the IMF said that over the past three decades, 53 per cent of countries had become more unequal but experiences varied widely.

Global inequality fell principally as India and China experienced swift economic growth -- but in wealthier countries, the divide between rich and poor had broadened, the report said. Advanced economies had seen rising inequality during periods of sluggish growth between 1985 and 2015 while poorer nations saw income disparities worsen as their economies expanded. While some inequality was inevitable in market-based economies, an over-broad divide between rich and poor "can erode social cohesion, lead to political polarisation, and ultimately lower economic growth," said the report, released during semiannual meetings with the World Bank in Washington.

But, unlike other methods of redistributing wealth, education both promotes economic growth at the same time as it reduces income inequality, the report said. Despite progress in recent decades, access to education in developing countries is still closely tied to the wealth of families -- with children from disadvantaged backgrounds in sub-Saharan Africa, the Middle East as well as poorer countries in Latin America and Asia suffering low access to primary education. 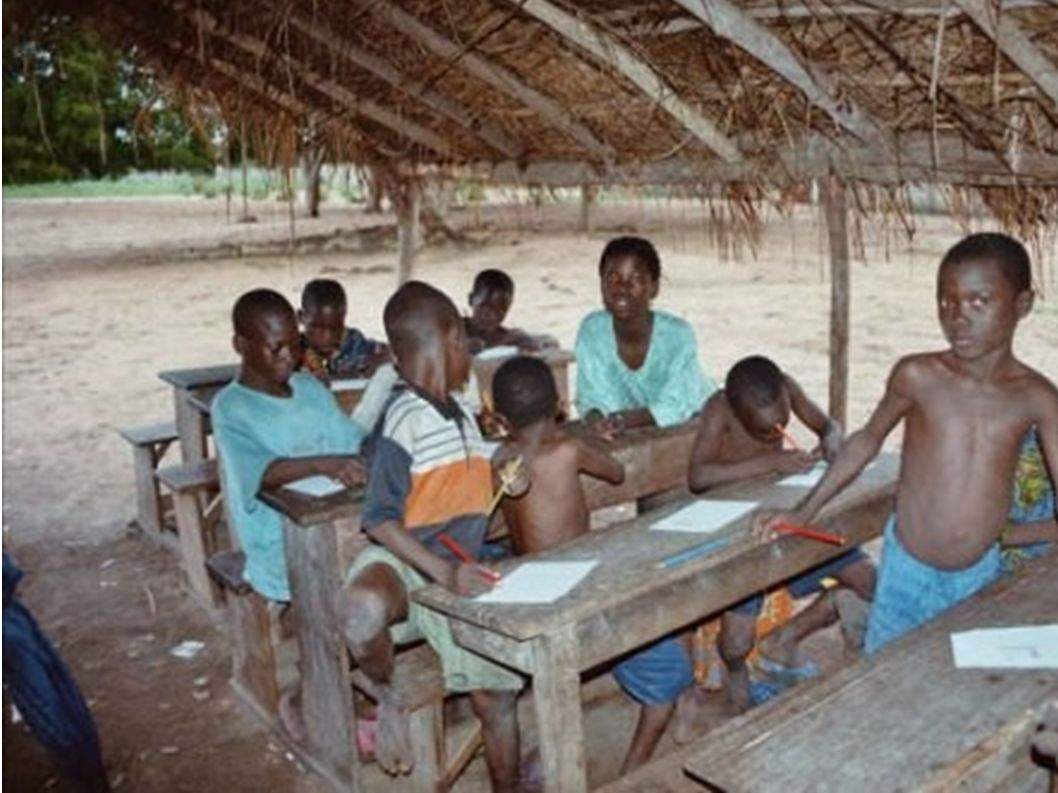 Lesson Time: The report urges that primary and secondary education be expanded globally

"Narrowing the disparities in education and learning outcomes -- by improving enrolment and quality of education for the disadvantaged -- is crucial for reducing inequality," the report said. "By relaxing  households' budget constraints, public education spending can also have a distributional impact by increasing household consumption."

The report called on countries to expand access to primary and secondary education while ensuring that university admissions were based more on students' abilities rather than on their family's socioeconomic backgrounds.