Kerala medicos frustrated after server crashes while registering for NEET-PG, stays down for 48 hours

For a state like Kerala, which has constantly thrown up a high number of candidates for the PG Medical Entrance, a mere 1,500 slots were allotted in four major centres

The registration process for the National Board of Examinations (NBE) - entrusted with the task of conducting the PG medical examinations - which works on a first come, first served basis can be discriminatory toward the less privileged. The real mess caused by the NEET-PG registration which opened on Tuesday is a case in point.

Before getting to the crux of the matter, here is the background. For a state like Kerala, which has constantly thrown up a high number of candidates for the PG Medical Entrance, a mere 1,500 slots were allotted in the four centres - Thiruvananthapuram, Thrissur, Kozhikode, and Kannur. This despite more than 12,000 doctors taking the exam. The mad rush in the six-step registration process led to the NBE server crashing, with the issues still not sorted out even 48 hours on. 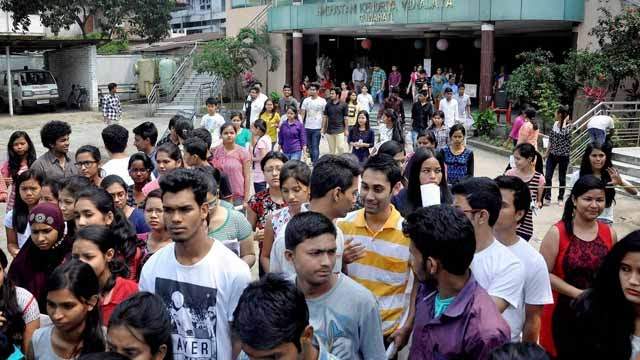 NEET trouble: Candidates who tried approaching the Board amid all the confusion did not find any respite

Why has it left the less privileged at the mercy of the system? Consider this: According to the 2017 State of Internet Report, only 10 percent in India has net connection with a speed of over 15 Mbps.The 2011 census found only 3% of Indian households have at least one internet connection. Those who have faster Internet connectivity, at home or friends' places, have had the opportunity of logging into the Internet as early as 1 am!

Aswani Raj, a doctor from Thiruvananthapuram said, "I couldn't get to the final step even after logging in at 3 pm on Tuesday. It was 24 hours later I finally got access to the 'centre selection' option. By then all centres in Kerala had been filled up. Even major cities like Bengaluru and Chennai had no centres available." Aswani, who will be eight months pregnant by the time the examination comes around in January, was left with no option other than to skip it this time around.

The technical glitch during the registration process proved costly for several doctors. Rajeev C, a medic from Kottayam, finally got the centre allotted at 1 am on Wednesday after trying for six hours. After failed cash transactions, to his utter shock, he was left with Navi Mumbai as the closest centre.  "After getting the exam centre, I had to immediately book my flight tickets as the exam happens in the New Year week. The whole process has turned out quite depressing with additional money loss, travel, and the exam stress along with it," he said.

This fiasco comes at a huge cost for many of us who are pregnant and for those who are poor. How many of us have the means to book a flight ticket immediately? Most of us have taken years off our career, and have been preparing for this exam. This has been a major let down

Neethu who got her centre at Hyderabad

"To my knowledge, none of the OBC candidates has got their exam centre in Kerala. The OBC category window was not functioning until 10pm on Tuesday. By then, all the centres in Kerala and other major cities in neighbouring states got filled up. I had to choose Madurai," said Farah P N of Kochi.

The exam registration fee is `3,750. "In the process, I lost money thrice owing to failed transactions. I am told it will take few months for the amount to be reimbursed," Rajeev said.

Don Thomas, one of the lucky ones said, " I got the centre in Kerala, though I had to try for five hours. As I was part of a coaching centre, we had better access."

The disproportionate number of exam centres in Kerala is not just a problem affecting Malayalees. "There around 5000 students from other states in various coaching centres in Kerala. It is strange Kochi does not have a centre. It's like not allotting a centre in Bangalore," says Kiran Kumar from Karnataka, who is preparing for his exam in Kerala. 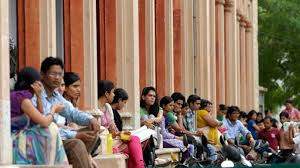 Across the board: The disproportionate number of exam centres in Kerala is not just a problem affecting Malayalees

After Prometric Testing Pvt Ltd tampered with the exams last year, NBE hired TCS to conduct the exam this time. However, nothing has made things better for us, says Don Thomas.

With angry voices surfacing around, the NBE is on a damage control mode. NBE issued a notification on its website on Wednesday saying "more testing seats are being released in the states of Kerala, Tamil Nadu, Karnataka, Maharashtra, Telangana & Andhra Pradesh. The testing seats will be released within 48 hrs." The candidates are still not hopeful with this promise, as they do not know when and how many more seats will be added." How can we keep sitting before the system? It is not clear how many slots will be added. It will again create a mad-rush," Aswani says. To those candidates who have got remote centres in distant places, NBE's damage control option does not help, as it's unlikely that modifications in the registration will be possible.

Candidates who tried approaching the Board amid all the confusion did not find any respite. All the candidates whom Express spoke to testified their calls and e-mails were unanswered. NBE media department did not respond to this reporter's calls and email, as well.

"This fiasco comes at a huge cost for many of us who are pregnant and for those who are poor. How many of us have the means to book a flight ticket immediately? Most of us have taken years off our career, and have been preparing for this exam. This has been a major let down," says Neethu who got her centre at Hyderabad.

This is yet another ill plaguing the health sector. It is sad however the doctors have to bear the pain this time.