The initiative by the Lung Care Foundation and Petronet LNG, aimed to create awareness about pollution among the Delhiites was lauded by President Ram Nath Kovind and Prime Minister Narendra Modi

As an after effect of Delhi smog, 5,300 school children from 35 different schools in Delhi-NCR today got together to set a world record by forming the world's largest shape of the human lung at Thyagraj sports complex and thus making an entry in the Guinness Book of World Records.

"Lung care Foundation and Petronet LNG have been awarded Guinness World Record of creating the largest image of an organ(lung)," said a statement from the organisation. The previous records were held by Beijing and Abu Dhabi, it said. The feat was aimed at creating awareness about harmful effects of pollution on lung health. Lt Governor of Delhi Anil Baijal, who was present at the event, said he was confident the campaign would help in initiating a peoples movement for clean air. 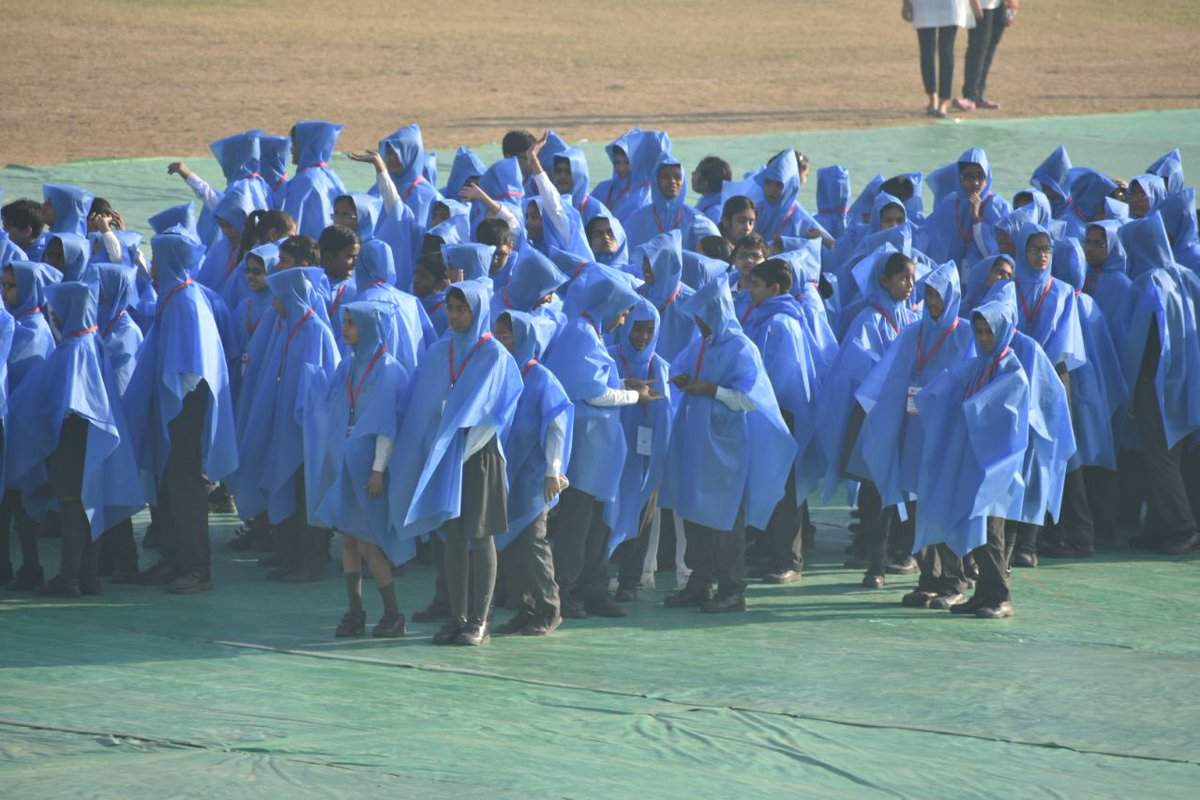 My solution to pollution: The previous records were held at Beijing and Abu Dhabi

"In this regard, children are our best ambassadors for a positive change that we wish to achieve," he said. The President and the prime minister in their messages congratulated Lung Care Foundation for the feat and lauded the school children who participated in it, said the statement.

"We believe its time that the citizens themselves take care of their action and be responsible for their deeds," Dr Arvind Kumar, founder of Lung Care Foundation, said. With 1.2 million deaths, India saw the worlds most pollution-related deaths in 2015, he said quoting a Lancet Commission study.