The victim and her friends were there as part of the Pacific School games and were hit by a huge wave. Around 40 people- lifeguards and coaches- worked to rescue the surviving four girls

A 15-year-old female footballer from Delhi, who had gone to take part in the unrecognised Pacific School Games in Australia, died after drowning at the Glenelg Beach in Adelaide on Monday, a top official of School Games Federation of India (SGFI) said.

Nitisha Negi was among five Indian footballers who were swept away by a huge wave on Sunday when they ventured into the seawaters after the completion of the Games. Four of the five girls were rescued by local surf lifesavers yesterday while the fifth one was found dead after the resumption of search operation this morning. Her body was recovered near a rocky breakwater, the same section of beach where the two migrant boys drowned last year.

SGFI, which is headed by double Olympic medallist Sushil Kumar, had fielded U-18 teams in six disciplines including hockey, football and softball for the invitational event, jointly organised by the Australian government and School Sports Australia.

These Games are not recognised by the International School Sports Federation, the parent international body. The Indian contingent had around 120 members. The Sports Ministry has ordered an inquiry into the unfortunate incident. SGFI Secretary General Rajesh Mishra confirmed that the dead body of the girl was recovered early this morning by the local Australian officials.

"We have got the message from Australia that the dead body of the girl was recovered this morning after a massive search operation. It is a very unfortunate incident and I send my heartfelt condolences to her family," Mishra said from Agra over the phone. 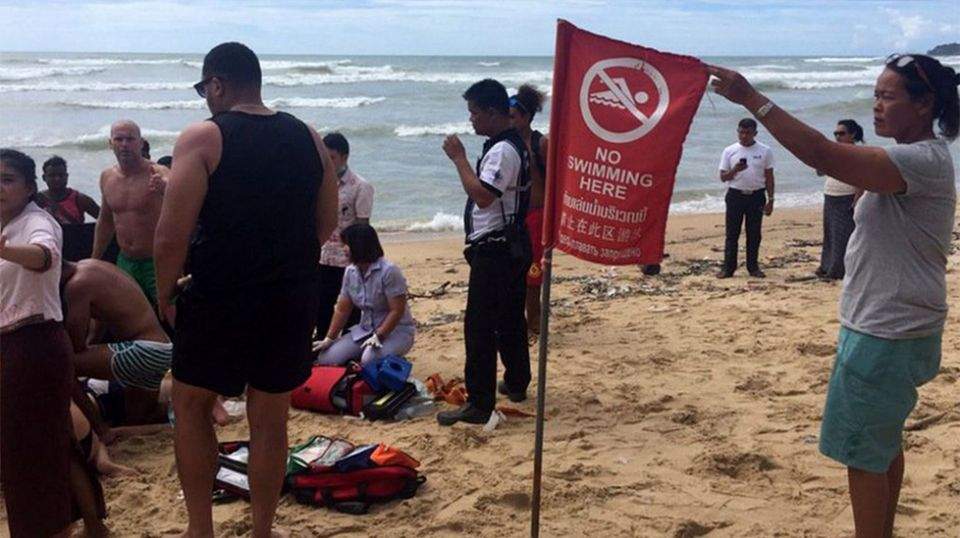 Before returning home, the sports manager had taken some players to the beach last evening. Five girls from the football team had gone into the sea and were taking selfies. They must not have seen a huge wave coming and all five were swept away

Four of them were rescued by the lifesavers stationed at the beach, with the help of around 40 Indian players and coaches.

"It is a matter involving the death of a person and so the local Australian police will deal with the issue. Of course, the Indian High Commission is also involved. Sports Ministry has also ordered an inquiry and we have been told to submit some documents and have done that," he added."

" The Indian High Commission is providing all support. Our thoughts & prayers w/ the players. A thorough investigation is ordered," the Sports Ministry said on its official Twitter handle.

Mishra admitted that the Indians had participated through the government on the invitation of the School Sports Australia.

"This is not recognised by the ISF but we have done nothing wrong. In fact, the invitation letter from the School Sports Australia first came to the Sports Ministry which forwarded it to us," he said.

"The state units of the SGFI have state government officials as members. So the governments of Delhi, Chhattisgarh and MP wanted to send their school children as part of sports promotion."