Transgender activist Akkai Padmashali's question for Obama silenced the Town Hall. What was that question?

Akkai Padmashali said that across the world, transgenders were facing rejection, even as they are seeking love, affection and acceptability

Finding your voice and being able to tell the stories is how any marginalised or stigmatised community can face the challenges of the society, former US president Barack Obama said in response to a question from an Indian transgender.

This was among a slew of questions that Obama was asked at a Town Hall here attended by about 250 changemakers from across the country. Akkai Padmashali, a transgender activist, had posed the question on the suffering and rejection faced by the community.

Obama, who had chosen Padmashali from the audience to ask a question, said that a change requires steady education of the public and political strategy and that it is going to take time. "But, it (the change) begins with finding your voice and to be able to articulate your views and your experiences, to tell your story, and that is true for any group, marginalised, stigmatised," he said. 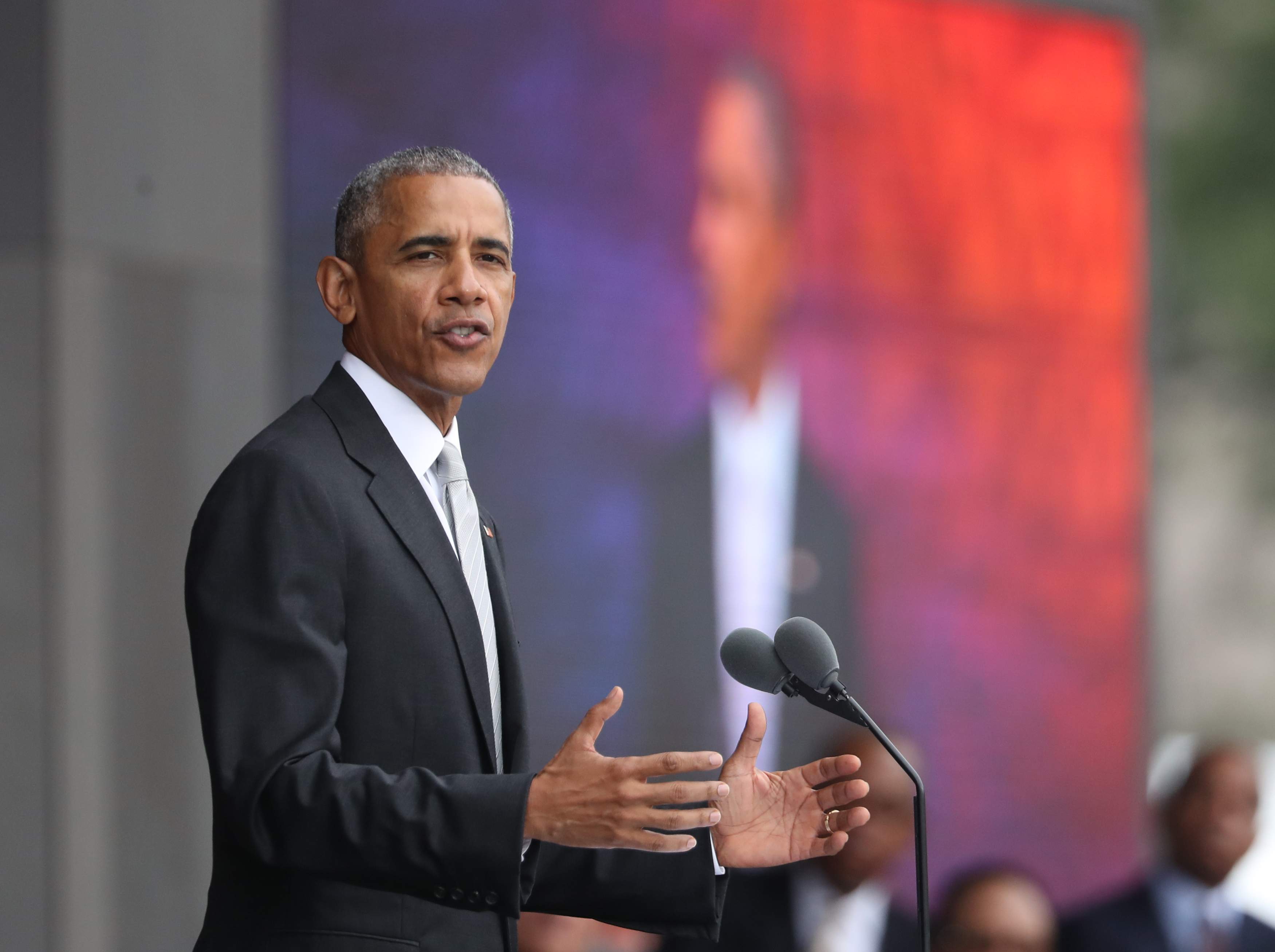 Voice of community: Obama, who had chosen Padmashali from the audience to ask a question, said that a change requires steady education of the public and political strategy and that it is going to take time

Obama said finding the voice and being able to tell that story leads to breaking down of perceptions that "you are different". Because then the people start to "recognise their own experiences in you", he said. Padmashali's question was, "Mr President. I am a transgender woman. I was a sex worker, I was a beggar. I was rejected by all sections of the society. I have so many issues to bring before you as a social activist.

"When state terror is against minorities - be it transgender, sexual minority, class, caste, religious, race minority -- when you have been stigmatised, when you've been discriminated, for no reason of yours, and patriarchal power and domination are against you -- I want to take my strong objection to it," the transgender said.

Padmashali, who came from Bengaluru to attend the event hosted by the Obama Foundation, said across the world, transgenders were "facing rejection", even as "we are seeking love, affection and acceptance. How do I deal with that?" The 44th US president, who held office between 2009 and 2017, also said, "Once the voice is there, hopefully, others join you, and then you have networks and organisations and allies."