No more tongue of slips..oops slip of tongue. Did you know that it's called spoonerism?

Find out more about spoonerism here

Recently, I heard a student say, “I kiss my mat,” while giving a one-minute speech on the topic ‘cat’. The whole class laughed. What he intended to say was, “I miss my cat.”

Does this type of slip of the tongue have a special name? Yes, the act of accidentally flipping or swapping the initial sounds of two words in a phrase or a sentence, which produces a humourous effect, is called a spoonerism. Here are examples:

Reverend William Archibald Spooner (1844-1930), who was Dean of New College, Oxford, is known to have made numerous humorous verbal slips and, as a result, such verbal slips were dubbed ‘spoonerisms’

Why is it called a ‘spoonerism’? Reverend William Archibald Spooner (1844-1930), who was Dean of New College, Oxford, is known to have made numerous humorous verbal slips and, as a result, such verbal slips were dubbed ‘spoonerisms’. It is said that Spooner was an absent-minded but a keen intellectual. His tongue barely kept up with his thought processes, resulting in an unintentional interchange of sounds, producing a phrase with a meaning entirely different from the one intended. Here are some of Reverend Spooner’s slip-ups:

- fighting a liar (lighting a fire)
-You hissed my mystery lecture. (You missed my history lecture.)
- a blushing crow (a crushing blow)
- our queer old Dean (our dear old Queen)
- You have tasted two worms. (You have wasted two terms)
- Is the bean dizzy? (Is the Dean busy?)

Some well-known anchors and presenters too have made embarrassing slip-ups on live TV. A few years ago, BBC presenter Bill Turnbull appears to have said ‘c----’ instead of ‘client’, while referring to his reaction to a public health story.

Later, a BBC spokesperson had to make this statement: “Bill unintentionally stumbled over his words and we apologise if any offence was taken.”

A few well-known TV anchors too have made such slip-us. Jim Naughtie, Radio 4 Today’s programme anchor, unintentionally replaced the first letter of Culture Secretary Jeremy Hunt’s surname with the letter ‘c’. Commenting on the slip-up, Mr Hunt tweeted: “They say prepare for anything before going on Today but that took the biscuit... I was laughing as much as u Jim or shld I say Dr Spooner.” 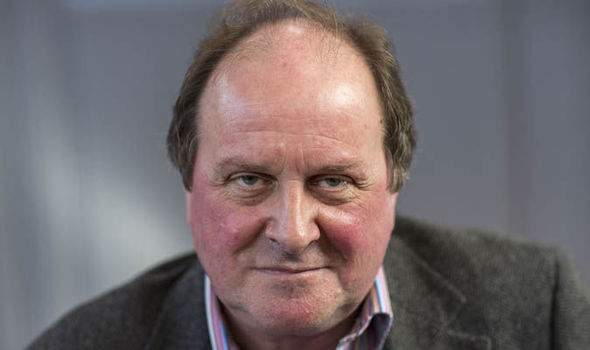 As spoonerisms are funny, World Spoonerism Day is observed every year on July 22. As newspapers and magazines encourage readers to send in their favourite spoonerisms, logophiles (word lovers) create their own spoonerisms. Here are more such funny spoonerisms:

Years ago, I conducted a session on how spoonerisms can be used to teach pronunciation and help students learn new vocabulary in a fun way. Once, an English language teacher explained ‘slips of the tongue’ and gave numerous examples of slip-ups. Bubbling with enthusiasm, his tongue slipped and he said, “You must have enjoyed this session on tongues of the slip.