Batman Day: Bengaluru met its Batman this weekend and it can't stop talking about it

As the world celebrated Batman Day on September 23, we tell you how Bengaluru responded to the gala

In the comic Batman: The Dark Knight Returns, cartoonist Frank Miller’s dark and brooding Bruce Wayne says, “The world doesn't make sense until you force it to.” And on September 23, as the revered superhero celebrated his 75th birthday, fans across the world made sense of their day by paying tribute to him. Bengaluru was no exception as fans gathered at Puma Social Club to celebrate the Batman Day.

“Batman is one of the most popular international superhero franchises in India with literally millions of fans. And with DC comics celebrating Batman internationally, we felt we should do something for the caped crusader fans here in India as well,” said Jatin Varma, Founder of Comic Con India. 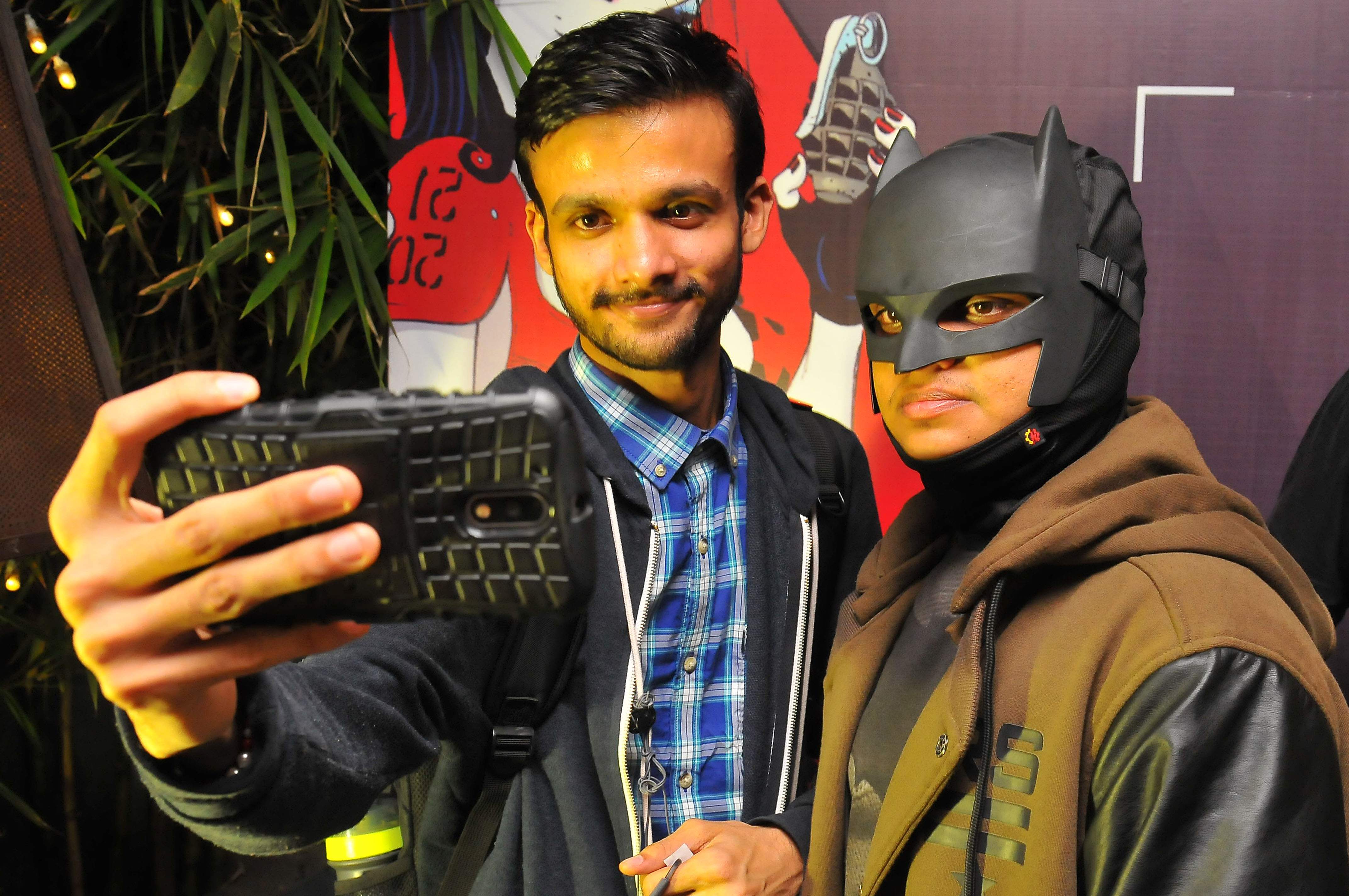 Batman way: The day was a true tribute to the superhero with Batman quizzes, merchandise and comics doing rounds

Cosplayers brought the hero to life with life-like versions of the caped hero strutting about among the crowds. We spoke to a few of these super fans to find out what Batman means to them.

The idea of someone being a mortal among gods is what attracted me towards him. When Christopher Nolan Nolan’s Dark Knight trilogy came out, I was going through a bad phase in my life and I could see parallels with my own life.

Batman had to leave Gotham City to save it and this was around the time that I had to leave my hometown and settle in Bangalore for my higher studies. We were both forced to leave our comfort zones.

Here is what the fans had to say:

What I’ve learnt from Batman is that nothing is larger than life. Everyone has their own special superpowers in the real world. You can strip his mansion and his technology and Batman will still be Batman. The fact that he could have so easily gone over to the dark side with all the tragedy that he has had to face, is a testament to the strength of this character. He turns the negative into the positive and to me, that is an amazing thing. The line ‘Why do we fall? So we can learn to pick ourselves back up,’ gets me every time. From Batman, I learnt never to say no to someone who may need your help. And this is why I’ve decided to give back a little myself. I recently joined an NGO called the Guardians of Dreams

There were always bats flying around in my neighbourhood in Indira Nagar, I guess I was naive enough to hope that a bat would bite me too. I first read Batman when my mom had taken me out and the original Batman with the grey and blue coloured costume and the eyes without the eyeball made quite an impression with me. He makes me feel like everyone has the chance to become a superhero, it's all about how far you are willing to go to help people. I hope that our skyline will one day become as cool as Gotham, but for now, I guess I'll have to celebrate Batman Day with a few reruns of old Batman movies and read Arkham Asylum for the hundredth time!

DC animated films have gotten me through endless nights. I have always related to his dance with the dark side. My real introduction to the character was in 2004 when a friend showed a copy of Batman HUSH and I was blown away by how the character was written. He is a pragmatic superhero. He isn't written with childlike superpowers. To quote U2, 'He's not broke, but you can see the cracks.' Personally, I use Batman as an inspiration when I have to take tough decisions in life