BMX, skating, biking - explore all the thrills of it all and much more at Hyderabad's WallRide Park

Adrenaline junkies in Hyderabad who thrive on the thrill of BMX or mountain biking have always had to leave the city to get their fix. Until now! The WallRide Park, located slightly ahead of the Andhra Pradesh Police Academy, promises to be a one-stop destination for extreme sports. It not only houses the state's first skatepark, but also India's very first asphalt pump track. We walked into the half acre property on September 16, the day the park was officially inaugurated. 25 skaters and 15 BMX bikers from Delhi, Mumbai, Tripura, Pune, Bengaluru and Vizag were zipping away, skating up and down the curves of the pump track or performing 360 degree turns on their bikes, while The Ragamuffins performed in the background. Just watching them was enough to give one an adrenaline rush. 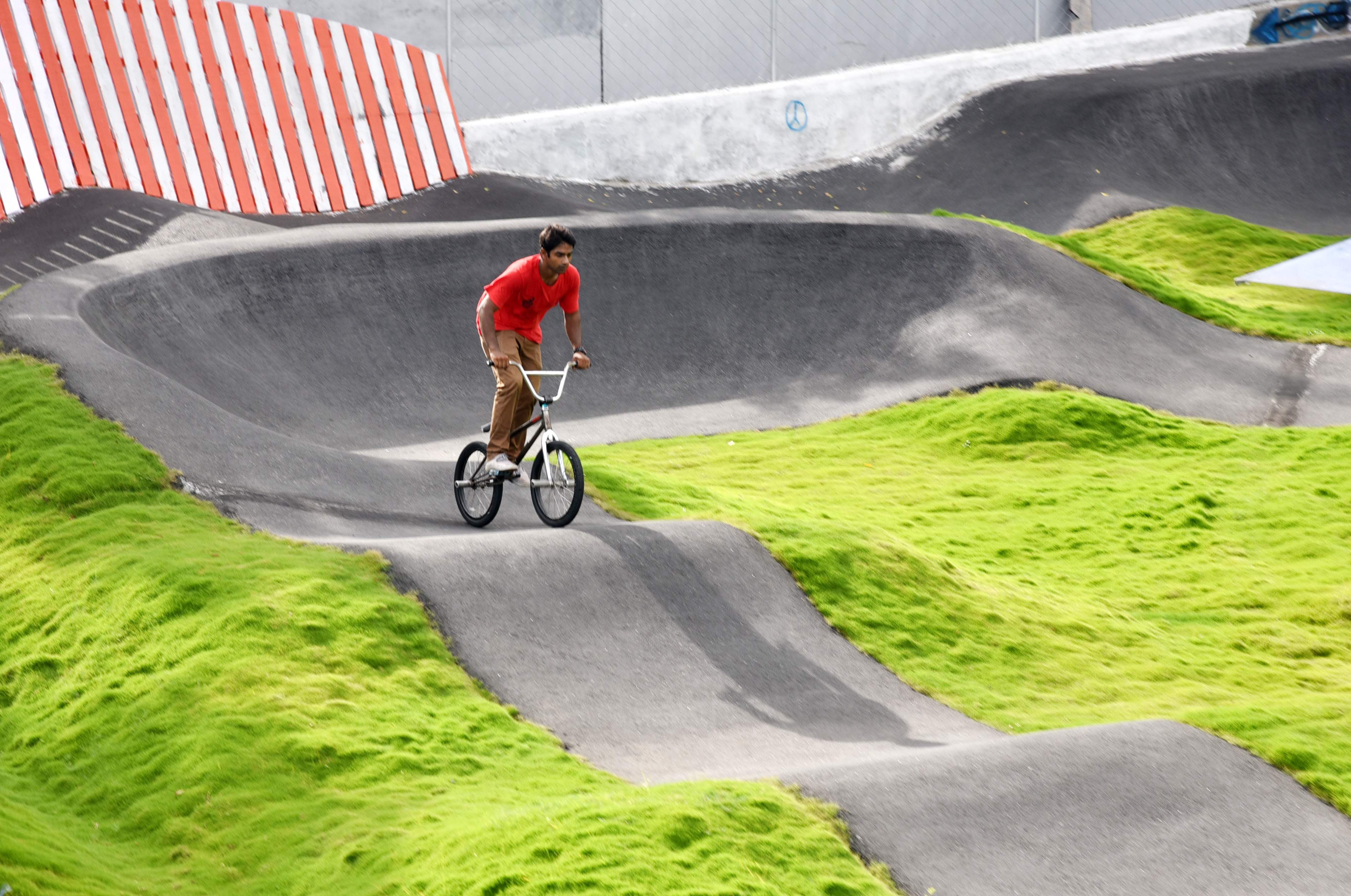 On track: Hamza Khan on the track at the park

How it all began

The founder of the park, 24-year-old Hamza Khan tells us how the process of setting this up has been a bumpy one. Khan had a nest egg which would cover 50 per cent of the cost but for the rest, he started knocking on the doors of investors. "All of them rejected me," he recalls. But the conversations he had had him rethink this plan and ditch the original dirt track idea and opt for an asphalt track instead. "I decided that if I wanted to come out with something new, I might as well go all the way," and his father gave him a loan after he was convinced that it was a plausible business idea.

Though Khan is from Bengaluru, he set the park up in Hyderabad. "To make the pump track a profitable business venture, I needed to make an addition of a skatepark. There is already a huge market for skateparks in Bengaluru, but Hyderabad is an emerging one," he says. And that's why Hyderabad was chosen as the destination.

With the investment now ready, Khan wanted no one but a professional to build the pump track.The closest pump track was in Thailand, so he paid it a visit. "So much about building the track depends on the natural resources. So we wanted to make sure the crew who was coming down to build the track were able to adapt to the country's tropical climate and geography," says Khan. He finally settled on Switzerland's Velosolutions, renowned pump track builders, who had also constructed the pump track in Thailand, while the skatepark adjacent to the pump track was built by India's own, Holystoked. 14 days is all the time they took to finish the job, while the skatepark took longer as it was made of concrete.

Khan sees infrastructure as an enabler for increasing participation in extreme sports. With skateboarding now being included in Olympics 2020, Indians have an advantage. "Representing the country will be easier because outside, there is humongous competition in this field," he says, though he does admit that the sport has seen exponential growth in India in the past ten years.

We also caught up with Claudio Caluori, the founder of Velosolutions. But his résumé doesn't end there. He is also a pro athlete and team manager of the Mountain Bike World Cup team, Gstaad-Scott. Speaking about the pros of an asphalt track, Caluori says that its use is not limited to bikers alone. "The cool thing about this track is that anyone can use it — skateboarders, inline skaters and so on," he says, smiling. Before the company switched to asphalt, they used dirt to build the tracks, which they realised was not the best material. "Asphalt can be used in any climate, 12 months a year. It hardly requires any maintenance, gives better traction and rolls better. It is a lot more fun!" he says. 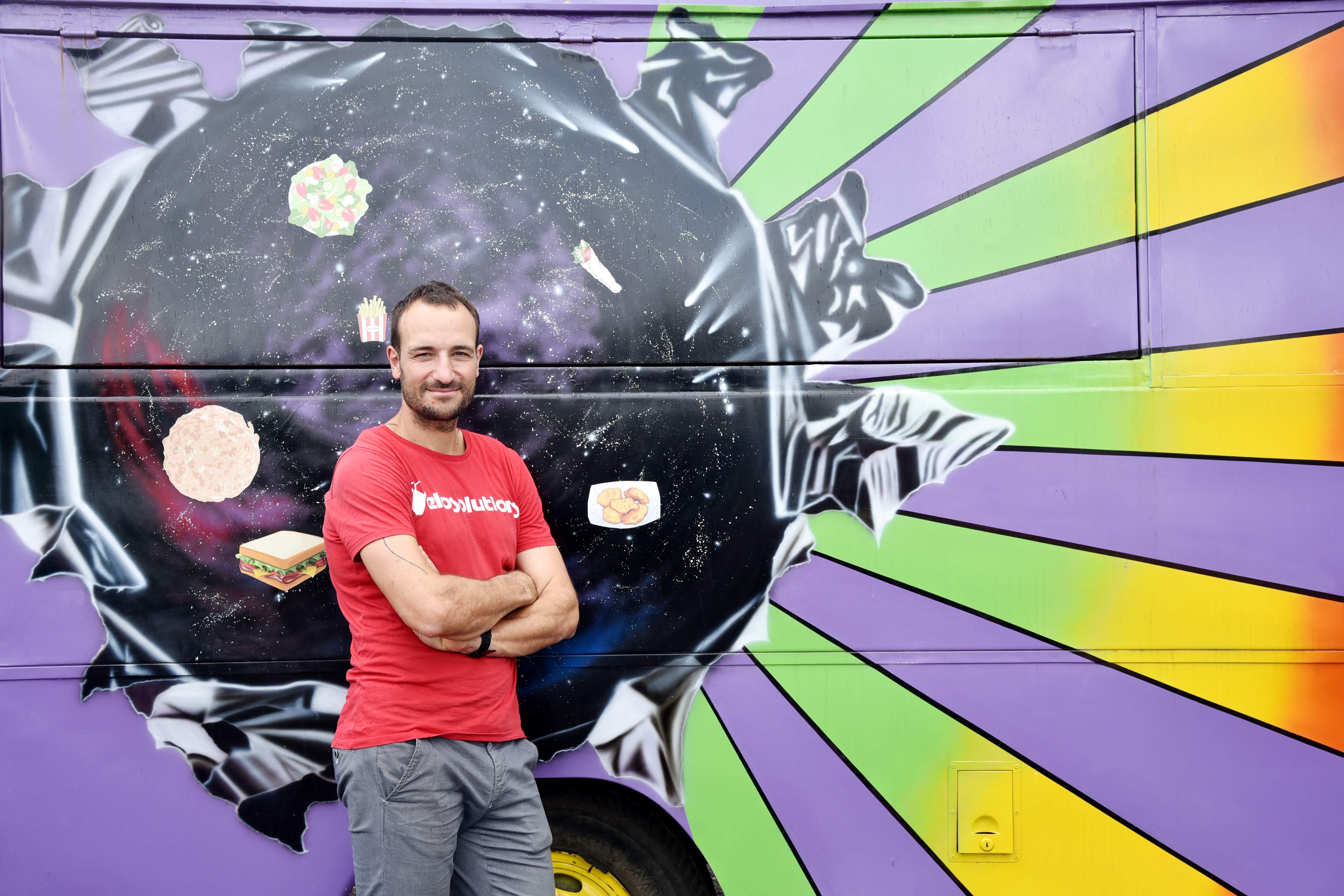 Speaking about the scene of extreme sports, Caluori says that India is definitely growing. And increasingly, tracks like these have become a meeting point for athletes to "come together and learn something from each other." Velosolutions remains hopeful to build pump tracks in Bengaluru and Goa next and also want to form a team that can go places and coach those who are interested. He wants these tracks to be seen as playgrounds, "where you practise these extreme sports, which serve as a workout as well because they are quite exhausting," he concludes.

Extreme sports never gets boring. One can always find a new challenge. It just gets better

We also had the chance to speak to a Red Bull field marketing specialist from Telangana, who was out there specifically to support the park and in general, support the extreme sports scene in India. Not only did Red Bull refer the band that performed at the launch, they are also ready to facilitate workshops by professional skaters at the park so that there is more exposure. 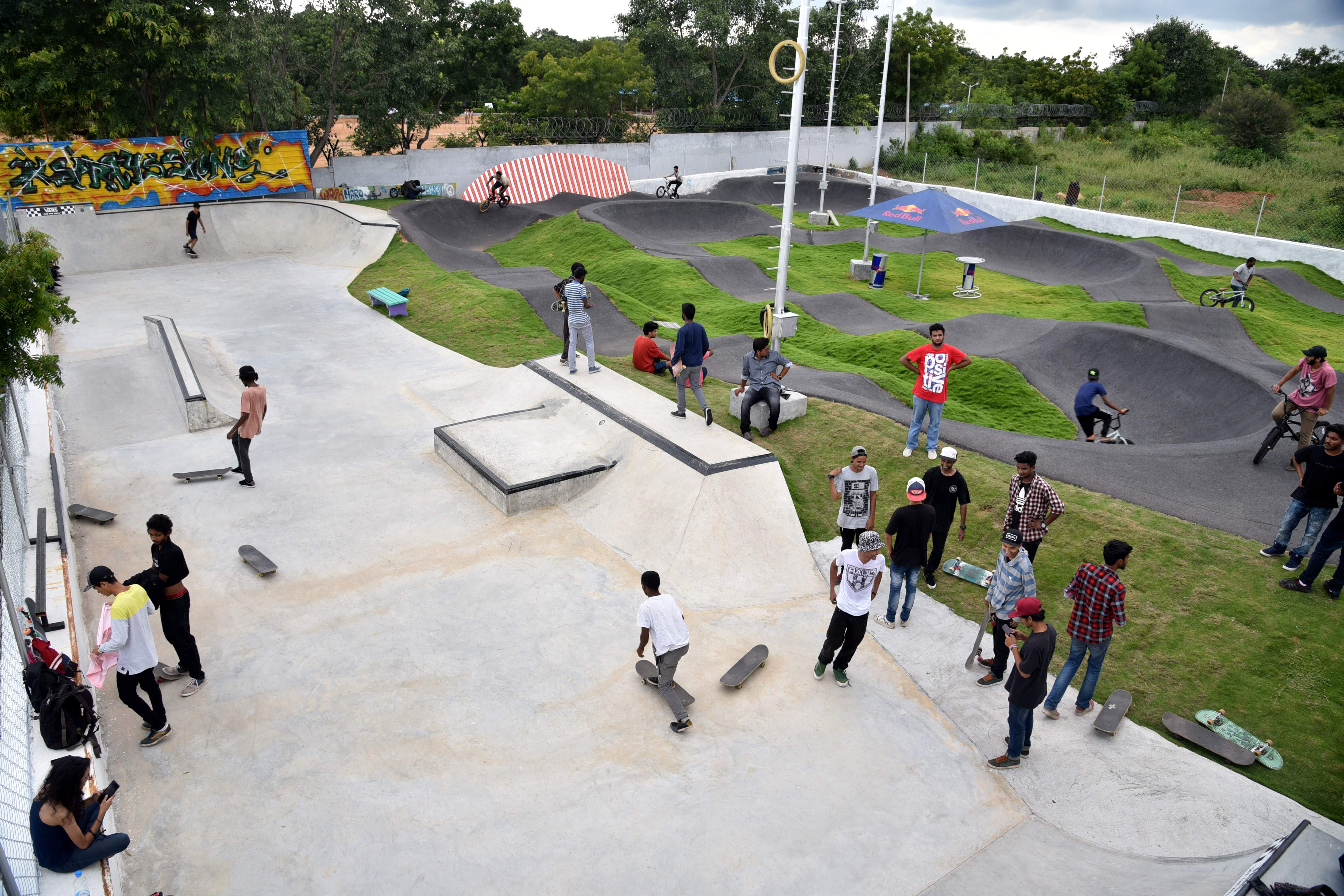 Aerial view: Gearing up for the launch

The specialist shared with us how he thinks that it was initially the infrastructure and the exposure holding us back from opting for extreme sports, "but now, I see so many kids coming up and I assure you that if you come back in ten years, it will be a different story altogether," unlike now where the only sport India knows is cricket. "Abroad, if there is an empty swimming pool, you'll find skaters skateboarding in it. Roads will have them zipping past you," he tells us and remains hopefully that this culture of extreme sports will see growth in India as well. "At the end of the day, this is fun and it's a pretty cool thing to pursue," he opines. 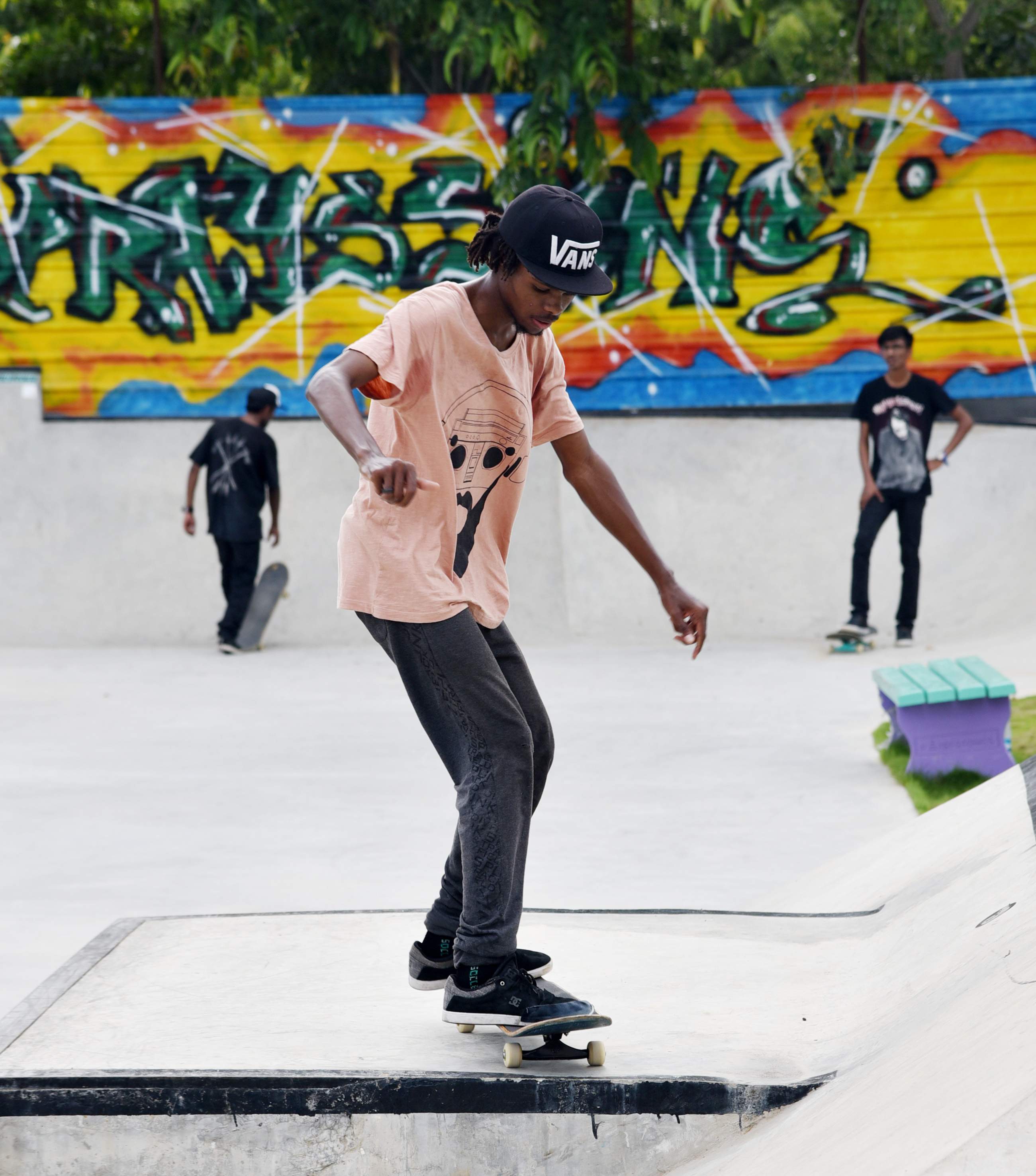 I am a 21-year-old from Kenya and I was introduced to skateboarding in 2015 and have been pursuing the sport since two years now. The infrastructure is not very different from the one in Kenya. I came here last December and recently discovered WallRide Park. I tried biking but personally find skateboarding more fun. I just love it and feel that everyone should try it 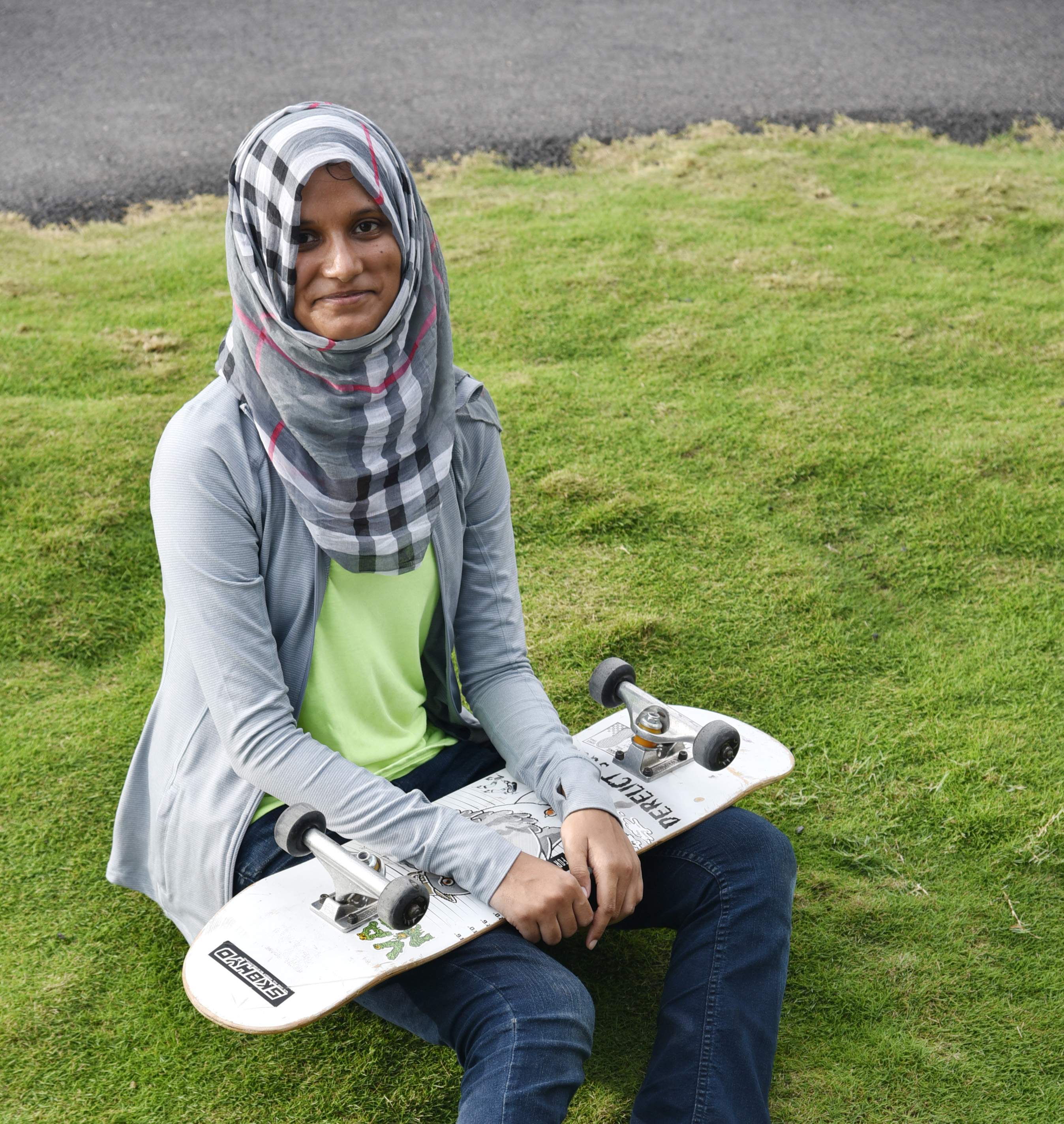 I am a 23-year-old who was introduced to skateboarding about four years back. I used to skateboard on the terrace. When I was 18-years-old, my father brought me a skateboard to which my mom said, 'No way!' She asked me to clear my medical entrance first and then pursue skating. The board was catching dust for three years until 2012. I got into school and picked up my board again. Now am trying to balance my skateboarding and my college