AUD pushed me to quit, fail because I am queer and a dalit: Student's FB post is asking a lot of uncomfortable questions about our colleges

After what he claims is harassment against him because he is queer and a Dalit, this student turned to Facebook to make an appeal for his case - an ostensibly last ditch attempt

Nineteen-year-old Aroh Akunth was till a few months ago, a second year student at Ambedkar University in Delhi - but after losing a fight against the alleged unfair and casteist administration - he now had no place at the University.

Aroh, a Dalit who identifies himself as a queer person, has resorted to Facebook to bring attention to his struggles in his University.

According to his letter, Aroh first informed the administration of the issues he was facing in the University two months ago. A second-year student at the University is eligible to be promoted to the next year if they have passed 14 subjects, Aroh said that he had passed 12, failed one and had challenged the results of three subjects. However, since there is no redressal forum in place, the Dean directed Aroh to attend third year classed till the matter was resolved. Aroh says in his letter that a course coordinator refused to accept his assignment because it was handwritten and then went on to remark on his Dalit and Queer identity as well.

"In the process of rejecting the submission in various formats, she also went as far as to remark and question my Dalit Queer identity multiple times on email, despite having full knowledge that I was seeking therapy to deal with homophobic and casteist elements on campus. The teacher deliberately failed me despite knowing that not grading my report, on the basis of which she took a viva and graded it, can result in me failing my year."

"I can't print the paper on my own if a working system wasn't accessible to me at that time, can the teacher even fail my course for it let alone a year? If yes, then calling me a chamar to my face and assuming that I have the means to submit the printed typed copy are behaviors stemming from the same problem. If it’s the teacher’s prerogative to accept the assignment in whatever format they desire, student welfare is a part of whose prerogative? And this blatant caste ego plays out daily in the institution named after Ambedkar."

"In the process of rejecting the submission in various formats, she also went as far as to remark and question my Dalit Queer identity multiple times on email, despite having full knowledge that I was seeking therapy to deal with homophobic and casteist elements on campus.

In order to look into the matter, the Dean of School Undergraduate Studies constituted a four member internal committee but constituted atleast two teachers form the same department as the teacher in question and had no student representation, let alone a Dalit, Aroh said.

"Till date, I have not received any clarification as to how the committee investigated, decided in favour of faculty involved, the same faculty who have had discrepancies in their own versions on record and have changed their stance multiple times during the investigation. The evidence of the same has already been submitted to the authorities. Not only did the committee reduce me, a human being to a piece of paper, in this case, my application, I also cannot fathom how my application which has already been answered to, becomes representative enough for the committee to decide what transpired and sufficient enough to represent me. Also, there is the fact that there is no policy which allows them to constitute such a committee and it is all left to the "discretionary powers" of the Dean. When asked for the report of the committee, I was told that I am not liable for it, further making it impossible for me to appeal and seek justice." 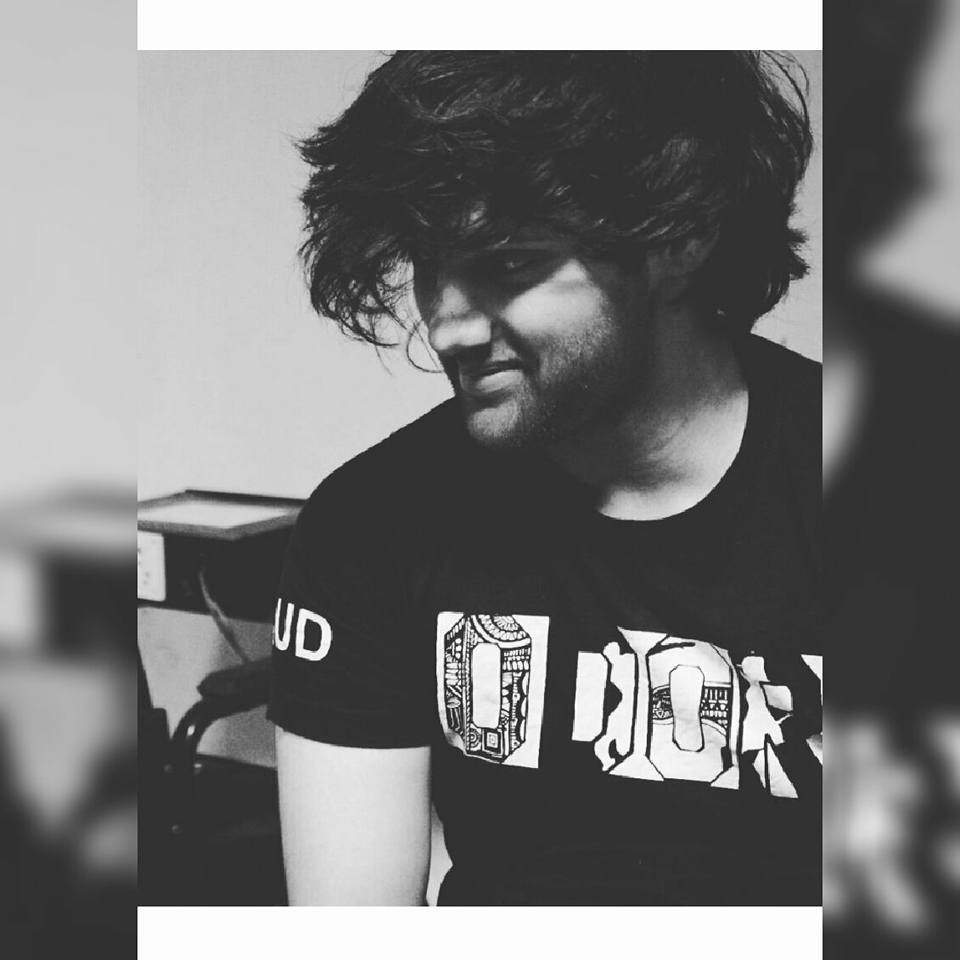 The case was then referred to the Student- Faculty Committee which is again simply a toy in the hands of the administration, Aroh claimed in his letter, however, the committee is not arbitrary in nature and does not hold any judicial status. It is simply a recommendatory body which advices the academic council which constitutes deans and vice-chancellors, who already knew about Aroh's issue but had nothing.

"How does it even become a substitute for a university court? I didn’t even get why would the dean send back my case to the SFC after forming the previously mentioned internal committee, where, all the SFC does as AUD loves to do it is, give recommendations. Now after telling what I have been going through for the umpteenth number of time (which again I have had concerns with since it makes me relive what I have been going through again and again to no result) SFC again says it's the prerogative of the faculty to take assessments, which means in a hypothetical situation I am left at the mercy of the harasser who also happens to be my teacher. It also goes on to display how caste-class privilege works to set the norms in our institution."

With no system in place for students, it makes it difficult for students especially coming from marginalized communities to seek justice when they have been wronged. The make-shift committees more often than not also constitute of faculty that are already against the student, leaving no chance for the complainant.

"Not only have my wishes to have representation on the committee, which UGC recognizes, and my wish, since I was the complainant, not vice versa should have been respected to treat the case in an innocent until proven otherwise manner instead my case has been treated where I have been made to feel like guilty until proven otherwise. Which is not only highly problematic, it reminds me of how I always have to justify me being Queer or Dalit to fit this society's expectations of me. I have been directed from one office to another, told that I can't be helped 'categorically', this includes SFC( Student-Faculty Committee) whose members told me they can’t help me, and it's a personal matter. It is a not a personal matter, it’s a matter that concerns all of us."

"According to UGC the committee looking into grievance needs to give a result within ten days, for CPSH its a month, in my case redressal is not even in the picture, instead I have been threatened for going "against the faculty", told by you that students fail on technicalities in AUD by my Dean, I have been talked about in class, I feel the way the administration has dealt me with apathy and instead of finding a solution making me go round and round in circle with my future ascertain is nothing short of academic harassment, how come people who go on and on about sexual harassment not get another form of harassment?" 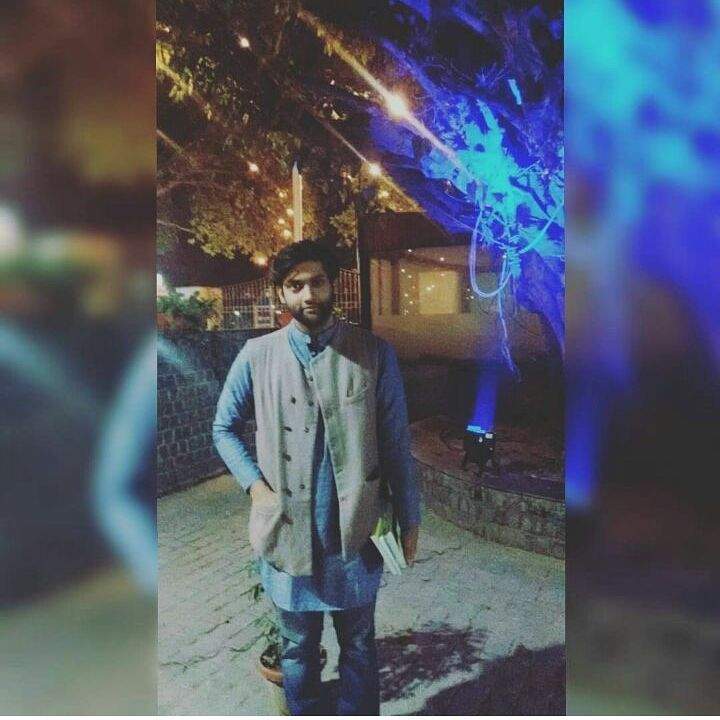 System's victim: Many students from AUD will be protesting against the injustice metted to Aroh

Student harassment is not new, now more than ever before students are speaking out about the difficulties and discrimination they face in their campuses. But most students don't raise their voices and the ones that do are silenced or the entire system is against them, rendering them helpless. In his heartrending letter, Aroh speaks about contemplating giving up on his education and even his life. Should students really struggle so hard for a fair redressal forum?

"These one and a half months have weighed very heavily on me, I have contemplated giving up on education and life, and I will not be shamed for thinking that in a system which treats me as a problem instead of making itself accessible to me along with my identities finding ways to justify or eliminate my being is wrong. How does a judicial body compensate for something which cannot be recovered? Why should I be the only one who suffers at the end of it if it's the "system's problem"? The authorities know about this, they know I withdrew from college life the first month of my fourth semester due to the kind of homophobic and casteist elements on campus, what did they do? They know I have been questioned and humiliated on the basis of my chronic illness, what did they do about it? It’s not as much as about harassment as it's about redressal, it's not as much as about the problem as it's about finding the solution. It’s not about as much as about me as it is about so many other students who will not even be able to reach the level where I am engaging with the authorities."