In the JNU election, all the left-leaning parties came together to form the Grand Left Alliance in order to defeat the ABVP, now the University of Hyderabad is doing the same. However, neither does this HCU Alliance identify with Left-wing politics nor was it inspired by the JNU Alliance, the Alliance for Social Justice has been on the cards for a long time, student leaders said.

"The professors were also pushing for an alliance much before the JNU alliance. So their results had no bearing as such on our decision,"a member of the ASA said. 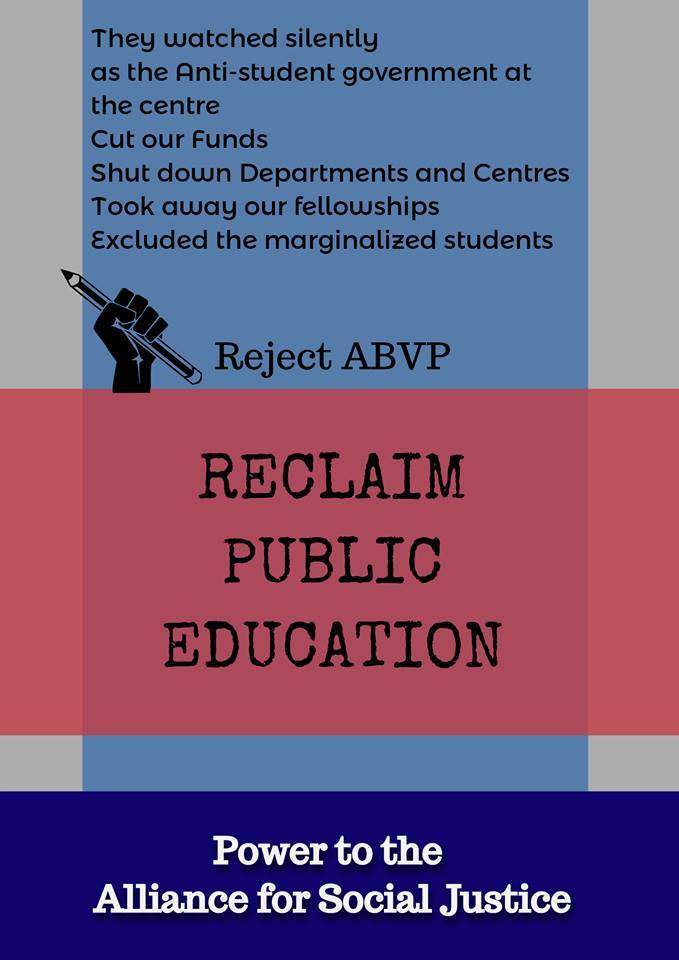 Reclaiming Rights: One of the posters of the Alliance for Social Justice

Unlike JNU, HCU's politics are more to do with caste issues, in the sense that it is the centre for Dalit and anti-caste politics. "In JNU, there is only the Right and Left, however, it should be noted that over the last few years, BAPSA has gotten a strong foothold. In the elections this year, they were in the second place but were beaten by the ABVP towards the end. In HCU though, there has been a third alternative for a long time, we've not really divided into the Right and the Left," said a member of the ASA who did not wish to be named. This is the reason why the association chooses to call themselves the Alliance for Social Justice (ASJ).

Both in JNU and HCU, the parties representing marginalized communities believe that both the Left and the Right-wing parties are both Brahmanical in nature and therefore choose not to identify with either of them.

The ABVP has not won an election in HCU in the last five years but over the last year, student leaders said that the groups had become slightly weaker and forming an alliance would make all the individual groups stronger, especially since the 'fight' was much bigger.

The poster for ASJ features Rohith Vemula, so is he the face of the campaign, the student leaders say no,"It is wrong to say that he is the face of the campaign but we want to tell people that Rohith continues to be one of our main issues. We are not going to forget his battle, the anger is still there and we have to get back to the movement. All the groups in the Alliance came together for him and the same people are fighting the election too," a member explained. Sreerag added that one of the main agendas is for the Rohit Act to be implemented, "But overall, we are focusing on the overall development of the campus and academics as well." 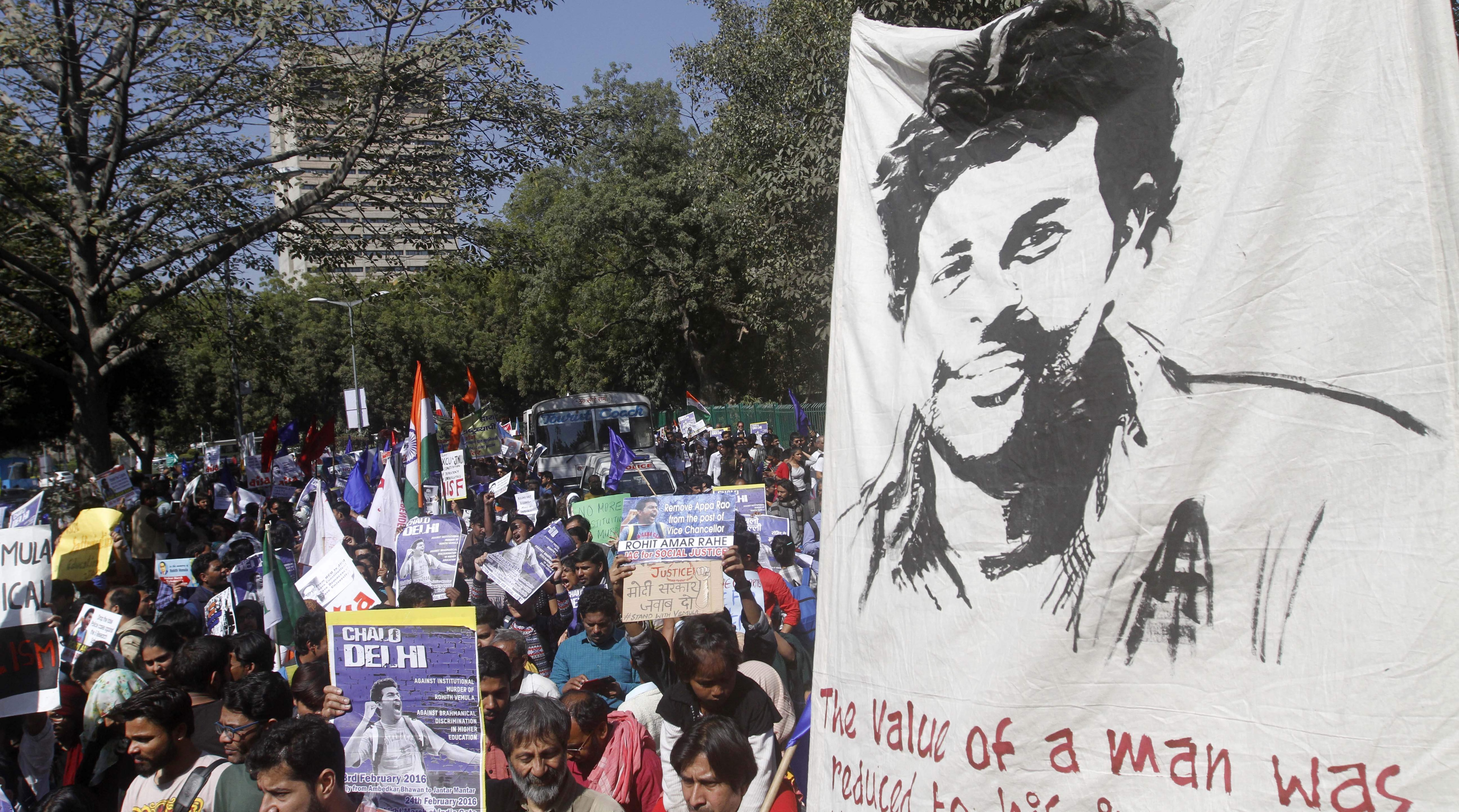 For Rohit: One of the main priorities of the ASJ is to implement the Rohit Act

The ABVP has not won an election in HCU in the last five years but over the last year, student leaders said that the groups had become slightly weaker and forming an alliance would make all the individual groups stronger, especially since the 'fight' was much bigger. "At this point, we are striving to take collective action against the HCU administration and the VC. Also, this Alliance is our own message to the Centre and our immediate enemies are the RSS and the ABVP. All the groups, of course, have ideological differences and disagreements on the same but the fight against right-wing politics is the topmost priority," said Sreerag P, who is a Presidential candidate representing the ASJ.

Even though the ABVP hasn't won in the recent past, the party still manages to consistently hang on to its vote share of about 2000 votes. Speaking of the ABVP,  a member said that ABVP allegedly believes in student politics,"They celebrate Ganesh Chaturthi, Diwali, Holi and Independence Day. They don't organise meetings or debated and discussions. When we hold protests against issues that plague the university, all they do is heckle us. They are simply a tool of the administration," a student pointed out.

The elections are scheduled for September 21, but the ASJ is not feeling too much pressure-'atleast not direct pressure' they say. "I think we have a greater chance now because we have a strong Alliance, so we are pretty confident of winning," said Sreerag.