EDEX COVERS: Indian Photo festival is around the corner and here is something you should know

The Indian Photo Festival promises to be a fun-filled ride for everybody and will be held across multiple venues for 18 days. Edex catches up with a few photographers who will be a part of it

Aquin Mathews has been the festival director of the Indian Photo Festival since its inception in 2015 and even in this age of social media and short attention spans, he can tell you this for sure, "Every year, the number of visitors just increases." While the first edition saw 2-2.5 lakh people visiting multiple venues, the second one saw close to four lakh visitors. One can only estimate how many will walk in during their third edition which starts on September 21 and ends on October 8, 2017. Though their primary venue, or what they call the Festival Hub, is the State Art Gallery in Hyderabad, other venues include Inorbit Mall, MPCC in Madhapur, Goethe-Zentrum, Shrishti Art Gallery and more. "Not everyone likes to visit galleries, so we like to spread out," says the 35-year-old photographer. 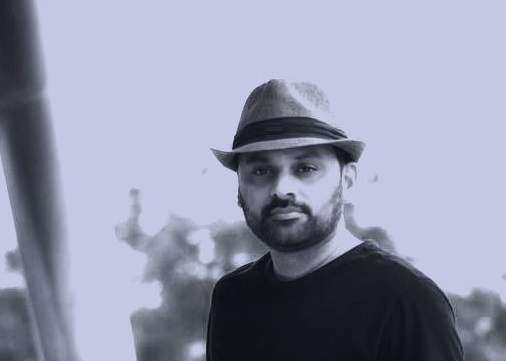 Say hi: Aquin Mathews has been the festival director of the Indian Photo Festival since its inception in 2015

The who’s who of photography

One of the things that they take very seriously is to ensure that there is no repetition when it comes to speakers. They try to pick speakers who have not been to India in the recent past, and oh! what a line-up they have this time — Stuart Franklin, a member and former president of the renowned Magnum Photos (famous for ‘Tank Man’, the picture of a sole man standing in front of a tank in China in 1989), Reza Deghati, "who uses his photographs to help children in Afghanistan," fearless Andrea Bruce, who took the viral series of toilets in India and so many more. "All these people have used photography as a tool to push for change and are really inspirational," says Mathews. And the cherry on top? Finally hearing the stories behind their iconic photographs.

It doesn't matter which medium you take a picture with, a DSLR or a phone, after all, a camera is an extension of your eye. This festival is one of the best opportunities for anybody — from professional photographers, enthusiasts, amateurs or even the general public — to understand photography

Photography has been democratized thanks to digital technology and phones, but Mathews feels that the downfall of this is that now, "we live in a world of visual clutter, where you scroll through images but don't know the difference between a good picture and a bad one." So he wants this festival to be a place where one feeds their visual interest and feels inspired.

Up on the dais

There will be many illustrations, internationally-acclaimed photographers speaking at the event. We caught up with two of them to talk about their passion and purpose 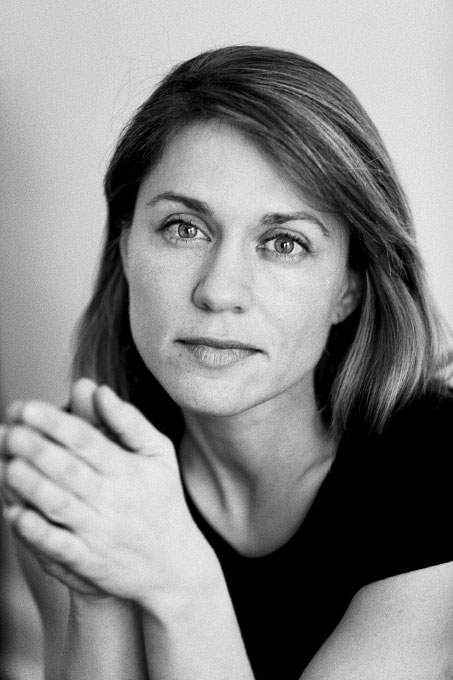 Is it so: The celebrated documentary photographer, Andrea Bruce thinks that the general public feels more threatened by 'honest' storytelling

One would think that a female photographer would have more problems than her male counterpart, but the celebrated documentary photographer, Andrea Bruce thinks otherwise. "I have found far more advantages," she tells us. Apart from people feeling less threatened by her, she "gets to enter a woman's world, which is far more covered." That's probably how her most recent photo series on the toilets in India came through. Slated to take the dias at the festival on September 22 at 6 pm, we ask her about her journey as a photographer beforehand.

I have always wanted to make people who feel invisible, feel less so, and to get them to pay attention to the world beyond themselves. For me, the ‘why’ behind being in this business is extremely important. Without this, photographers can be sucked into the competition and the ugly side of this tough profession.

Being a photojournalist in this age

Because the journalism world as a whole has fewer publications and paying outlets, we are less funded. Photographers are often pushed to take unnecessary and dangerous physical risks without support, and stories that need in-depth, ethical approaches are not being covered.

On the advent of social media

Everyone is now a photographer and that can be positive as people now appreciate photography, but I think the general public feels more threatened by 'honest' storytelling. On the other side, people can easily report the injustices of the world and if they are taught ethical storytelling, this can empower everyone.

Time to blend in

If I stay a week in a village, no matter where I am in the world, people start to forget I'm there. Staying as low-key, quiet and ever-present is my goal. I listen and I work with translators who are similar in that way. And I'm accepting. I love people in all of their quirky, beautiful, ugly ways. There is no better job.

Photography is certainly a male-dominated field, especially in places like India, but I feel it is changing. A ton of women are studying photography and we just have to encourage their success in the field Down to earth: Sudharak Olwe credits Hyderabad for keeping him grounded and humble

Sudharak Olwe ran away from his home in Akola, Maharashtra and arrived in Hyderabad during his "struggler days." The 2016 Padma Shri awardee credits the city for keeping him "grounded and humble." But now, he is going places. He has already done a few photo series on Dalits and prostitutes, and he is not going to stop as photography has become a social tool for him now. "Many of these stories have to be told, a dialogue has to be created, people need to know," he says firmly. The photographer will be speaking at the festival on September 24 at 5 pm, and we catch up with him in advance to talk about what drives him.

From the depths of the country

I spent a lot of time in the remotest villages of Jharkhand, shooting neonatal birth stories with tribes. There is no electricity, the closest shops are many miles away and the food is very different from what we are used to. The story on the Dalit atrocities was very challenging as well.

Through this Trust, we work with rural children. We always ask them to shoot their families and their surroundings first, and only later, topics that they feel are important in their communities. It is refreshing to see such candid images. There is no attempt to hide or make something look out of the ordinary. It’s natural, as it should be.

It is never about the different angles or making an attempt to stand out. For me personally, it is about how I approach the people I shoot, who they are and a sense of empathy about their lives. I have known many of the women I shoot inside these brothels for years. Technique and image result don't matter any more then. It's only their stories that matter.

To come to terms with pain and suffering, and translate that in a visual form is a difficult task when you're disturbed by the things you hear

Exhibiting who they are

There are going to be over 30 photographers exhibiting their work at the festival. We catch up with two of them and talk about their passion Camera talks: Bengaluru-based photographer, Mahesh Shantaram's main projects have been about criticising the society at large

What photography means to the Bengaluru-based photographer, Mahesh Shantaram is quite simple, "It is a process, means and medium of expression by which I understand and connect with the world around me." And through this medium, Shantaram works on themes he feels most deeply about. In January 2016, when a 21-year-old Tanzanian student was beaten up in Bengaluru, it disturbed Shantaram and that acted as a catalyst for his work on the African Portraits which is, "an inquiry into the racist tendencies and xenophobic attitudes in India by looking at the life of the 'other'." As this series will be on display at the State Art Gallery, we catch up with him to talk about his work.

What the series means

All my major projects are a criticism of society at large. Governments come and go, but society accrues behaviour from generations of input. As an iconoclast, I'm always questioning what Indianness means.

Cause of deep-rooted apathy

Everybody intuitively gets what it feels like to be the recipient of racism and discrimination. Now, we need Indians to be made aware of what it means to be the perpetrator. The Tarun Vijay episode, where he claimed that Indians cannot be racist "because we live with black people (South Indians)," was perhaps the most telling confession of the year.

I met a woman from DR Congo who lives in Delhi. She takes the bus to her university every day. When I asked her why she didn’t take the metro, she told me that people stare at her and pass comments. She is forced to sit across and face her oppressors. In the bus, she can stare outside and pretend that nothing is happening.

I'm ideating for a project that captures the sense of what it means to be an independent woman with agency and autonomy in India, inspired by the events that moved me to introspection — from Nirbhaya rape to the Monika Ghurde murder last year.

I find there's more to learn from the simpler, quieter incidents and how my friends navigate their daily challenges 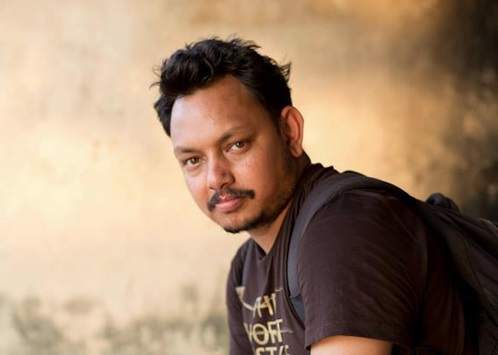 Check this out: Swarat Ghosh's exhibition Beyond Street will be on display at the State Art Gallery

Swarat Ghosh and I got off on the wrong foot when I referred to him as an amateur photographer. "I hate this word," he said, but he probably knows where this is coming from. Ghosh, who works as a User Interface Designer in Hyderabad, has been practicing photography for the past five years and has had his work featured in National Geographic Traveller Magazine and other major publications. Guilty as charged! His exhibition Beyond Street will be on display at the State Art Gallery and we talk to him about it.

About timing and capacity to observe

You need to be like predators, waiting for the prey in the jungle. I wait for my subjects to 'un-notice' me and then slowly sneak into their space and start taking photos.

His desire to be a part of Magnum

What makes him a better photographer

My job complements my visual sensibilities. It's kind of my extension, playing with colors, forms, and patterns. Also, both demand creativity and a thoughtful approach. I am passionate about both designing and photography.