Why Anitha was hell-bent on becoming a doctor: Her mother died because they couldn't afford her medical treatment

A lot of people questioned why Anita hadn't just chosen to study a course, instead of committing suicide. Her class teacher who also taught her Chemistry explains why the dream was so dear to her

She got such high marks, she could have gotten into any college"

"She got into Madras Institute of Technology for aeronautical engineering, why didn't she pick that?"

"She was such a bright and brave girl, why did she do something so cowardly in the end?"

When Anita's father got her admitted at the Raja Vignesh Higher Secondary School in Melamuthur, he told M Kaviarasan, the man who was to be Anita's class teacher for the next two years that she was a child who doesn't even remember her mother's face properly.

Little did the teacher know that losing her mother was the primary reason why the little girl was determined to be a doctor. "He told me to take care of her as she was a motherless child. Later, Anita herself told me, that her mother had died because the family couldn't afford her treatment. Despite being admitted to the hospital, the family could do nothing, which was why from a very young age, Anita harboured the wish to become a doctor. She wanted to ensure no such lives were lost. She wanted to be of service to her people," Kaviarasan recalled. 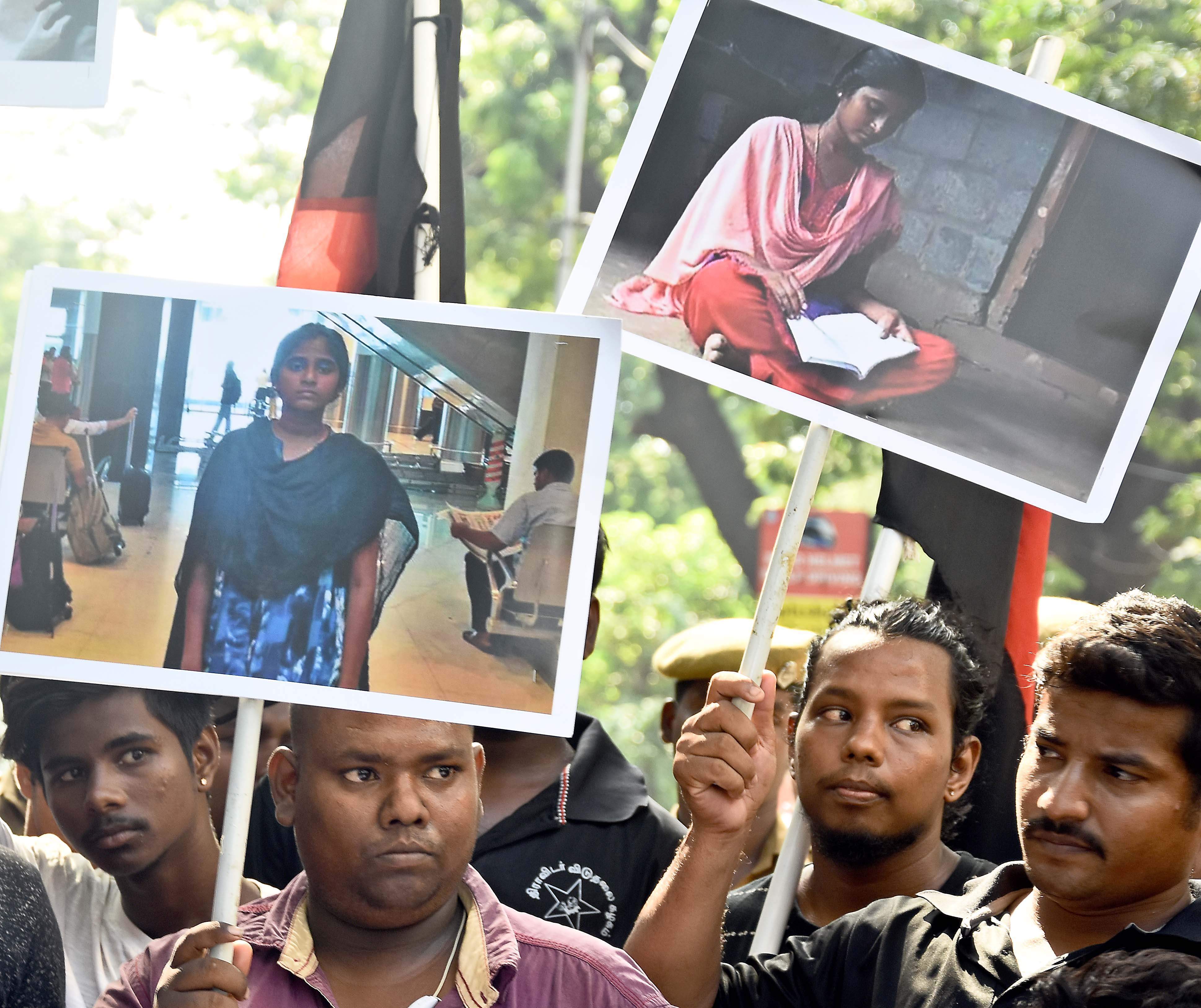 She's not alone: Political parties and pro-Tamil outfits staged state-wide protests over the suicide of Anitha

She thought of nothing else but MBBS

For Anita, MBBS wasn't just a dream, it became her everything. Kaviarasan said that it was as if the girl devoted every single second to working on her MBBS dream, "It became as important to her as breathing, she thought about nothing else. I've never seen anyone fight so hard for their dream to come true," he said.

Anita's effort started from day one, Kaviarasan, who taught her Chemistry recounted. No matter how small the exam or test, Anita was always calculating her cutoff. "After every little test, she would calculate her percentage and then come and ask me if she would be eligible for a medical seat. Each and every exam she did this, from Class 11 to her final one. And not once, did she score anything below the cutoff. No matter what happened, she never scored below 195 for any subject so I never had the chance to tell her that she wouldn't be eligible," he said. 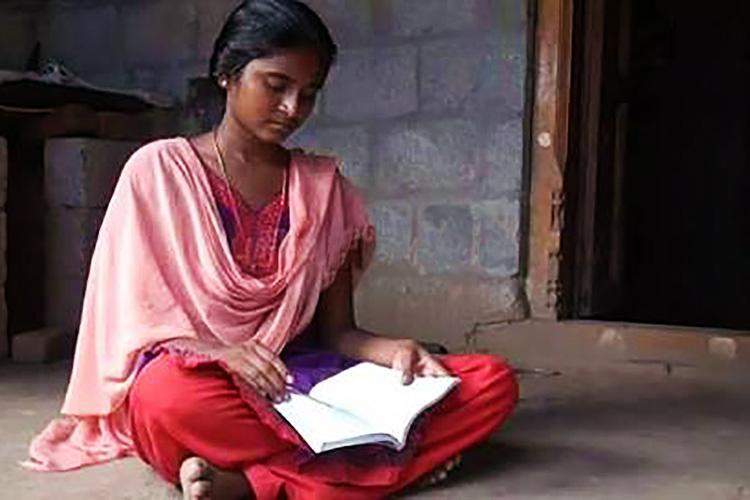 Warrior of the family: She was determined to help her family, she wanted to ensure that they came out of poverty

Studied all night so that she could crack MBBS

All the faculty at the school knew her to be a very calm girl, friendly and loving to all but there was only one complaint that her fellow students had against her. "This is a residential school, so all the students stayed at the hostel and all her friends would complain to me that she studied all night. They would say she stayed up till 2 or 3 am every night, while the others slept. She never wasted a single second to do anything else," he explained.

She was determined to be of help to her family, she wanted to ensure that they came out of their poverty and she took it upon herself to make this happen. "She would keep saying that she wanted to help her father, she pursuing the dream so that one day they may live happily," he recounted.

From ecstasy to despair, in a medical heartbeat

Kaviarasan remembered how Anita called him after her 12th results were out, "In all the previous exams she never scored below 197 and for her finals too, she scored 196.75 average. I was very happy for her and congratulated her. I thought her future would be great."

When a few weeks later, she called him, she sounded upset about the NEET debacle, "I asked her why she didn't try going for coaching classes. Then she told me that the coaching classes are costing 10,000 rupees and she didn't have the heart to ask her father for that much money. Now I wish I had paid for it or asked help for her at the least."

The last time Kaviarasan spoke to Anita was just before she left to Delhi, "She told me about the Delhi plan and asked me what I thought, I told her to go ahead bravely. After that, I only saw on TV that she had gone to the Supreme Court."

United they stand: The groups protesting against NEET do not want Anitha's death to go in vain

Gone too soon: What is Anitha's legacy?

Kaviarasan said that he still can't fathom how such a suicidal thought even entered the young girl's mind. "It's just not sinking in. How did such a bright girl who had so many plans for the future just decide to kill herself? It broke my heart to see her lying down lifeless, I still cannot believe she went through with it. Just to imagine how shattered she must have been after the SC verdict came in, it's devastating."

Anitha did everything in her power to become a doctor, she worked hard, stayed up nights, she spent all the time she could with her books, she protested on the streets, she went to the High Court, then she went to the Supreme Court. But somehow, it wasn't enough. Unfortunately, she finally decided that she had had enough.