First person account: How the floods could not break Mumbai's spirit

Tejaswini Patwardhan, a film-director from Mumbai, shares how she was offered food and shelter at a stranger's place during the Mumbai floods

The expected chaos around mid-noon when Bappa is all set to bid adieu was in the air. The crowd at railway stations and honks at traffic signals were getting louder. But, he had other plans. What had started as light showers in morning quite unexpectedly escalated to a degree where FB posts began to be shared about it. “Stranded at Sion” and “Stay Indoors” were trending.

And there I was at my workplace in Sion. Around lunch, we became aware of the mayhem. I with a couple of my colleagues thought of leaving for home. The thought of wading in knee length waters was not very appealing, but nevertheless, we left. Water started swelling up, gushing out manholes, gulping down Mercedes and humble rickshaws alike, an unwarranted guest at ground floors of many low lying areas, trees crashing down on tin topped slums and worse electric poles ripped apart.

What that flood left behind is the humanity, the spirit of a city with her heart magnanimous enough to let in a stranger find solace. A city which can go lawless but chooses to shine in goodness

What tests the character of a city? Her infrastructure, no doubt. But more importantly, her people. The inherent nature of collective sub conscious is revealed only in times of contingency. For such times are great social levellers. We were paddling through waist deep waters for about 10 km now and reached Bandra. Tired but not thirsty or hungry. For shops offered packaged biscuits and bottled water. Young boys stood firm warning people manholes. 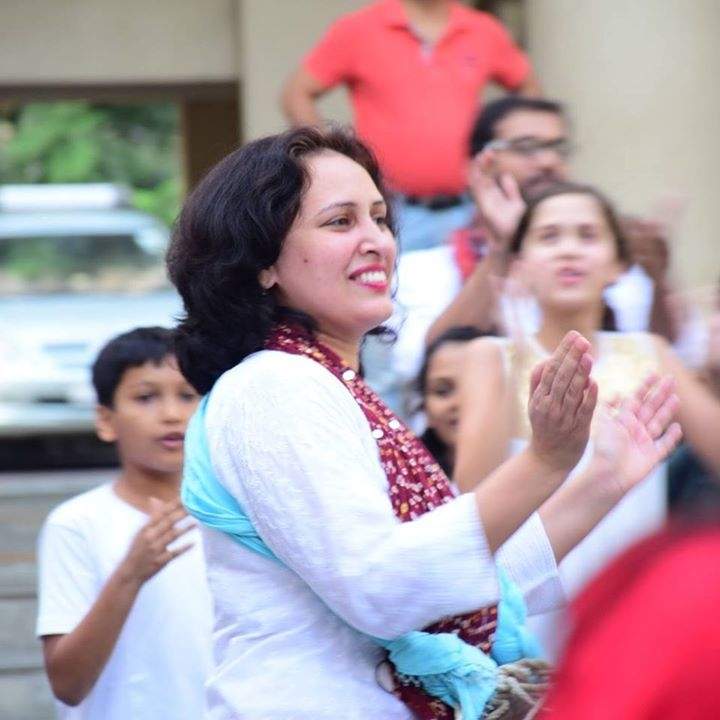 Survivor's tale: Tejaswini Patwardhan is a film director by qualification and scriptwriter, director by passion

The true heroes were police force who kept their cool and managed traffic. Yes, traffic was quite disciplined! Our phones and physical strength gave up. We knocked at stranger’s door, half expecting they would let us in. But in true Mumbai spirit, we found ourselves in a cosy warm place with equally hospitable hosts who charged our phones and rebooted our system, physical and mental. The lady of the house insisted we have a meal with her, offered dry clothes and chats soaked in love and Mumbai humour. “Why to blame the system when we are a part of it?” she said. Wise words. Time to own up responsibility. Our synthetic mistakes choke the drains.

Sitting in the comfort of my home today, I wonder whether Bappa got a little confused about Visarjan. Or probably, he wanted us to let go of our apathy, our skirmishes in those egoistic waters. What that flood left behind is the humanity, the spirit of a city with her heart magnanimous enough to let in a stranger find solace. A city which can go lawless but chooses to shine in goodness. Mumbai, tula Mumbaikaran var bharosa nahi ka?(Mumbai, do you trust Mumbaikars?) Aahe. 100% aahe. (Undoubtedly Yes)