Meet @babyhotsauce Gandhi! This Gandhi descendant is an RJ in the US and is the 'loudest' member of the clan

Medha Gandhi talks about her 'really cool DNA' and about how people judge her for wearing shorts and having tattoos, but it doesn't get to her. Peace out!

We all remember Mahatma Gandhi for his pious disregard for anything exorbitant and his renouncement of all worldly pleasure. Now, fast forward to over seven decades later and meet his great-great-granddaughter, Medha Gandhi.

The daughter of the freedom fighter's great-grandson, Pradeep Gandhi, she is a popular radio personality in her hometown. With the Instagram handle @babyhotsauce and bling-filled selfies from the streets of Boston, she has redefined the Gandhi legacy for the modern world. Here's why Medha Gandhi's walk to freedom is unapologetic and just as revolutionary.

How do you describe yourself?

I don't know where to begin. I am a second-generation Indian and the baby of the family. The others all change or save lives everyday. I'm just the goofy one. I'm a radio personality based in Boston, Massachusetts. I'm part of the #1 rated morning show in the city, Matty in the Morning on Kiss 108. I also have a night show with one of my very best friends called Girls These Days on the same channel and I voice mid-days for some hip hop on stations in different cities. I thank my lucky stars that I get to do what I do on a daily basis. I know how rare the opportunity is, so I'm enjoying it while it lasts.

I thank my lucky stars that I get to do what I do on a daily basis. I know how rare the opportunity is, so I'm enjoying it while it lasts

How did you relate to your ancestral connection with Gandhi growing up? Has it changed how others look at you or how you perceive yourself?

I'm in as much awe of Gandhiji as anyone else is. He was killed before my father was even born, so all I've ever had were family stories and the same information anyone else is able to get. Call me a fangirl. Being in the US has made everything much more normal. People don't assume I'm a Gandhi, and I don't talk about it unless asked, so it hasn't played a life-changing role that I think people wish it had.

Sometimes, people look at me differently because of it. That's why my entire family plays it pretty close to the vest. It's a little strange. There's a lot of odd judgement. People jump to conclusions like "Oh! You must be so rich! What are you, like a princess in India?" Big fat no to both questions: I'm just a descendant, not a disciple. 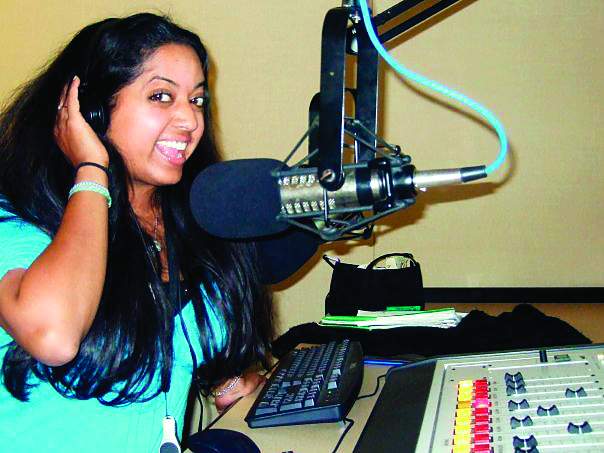 Babyhotsauce: She has established an Instagram fan base with over 58k followers and growing

I'm a girl with some really cool DNA, and I consider myself so fortunate to be part of such an amazing family. I look at what they all do every day (doctors, surgeons, lawyers, economists), and I smile at how badass all the Gandhis are in their own ways. If we were on a desert island, and one of us had to be eaten, it should be me. I'm easily the least valuable, but I make the most noise.

I think the idea of right and wrong is pretty simple. If the world were watching, would you still be proud of what you're doing and the work you put in that day? If the answer is no, then you're probably doing the wrong thing
Medha Gandhi, Radio personality and great-granddaughter of M K Gandhi 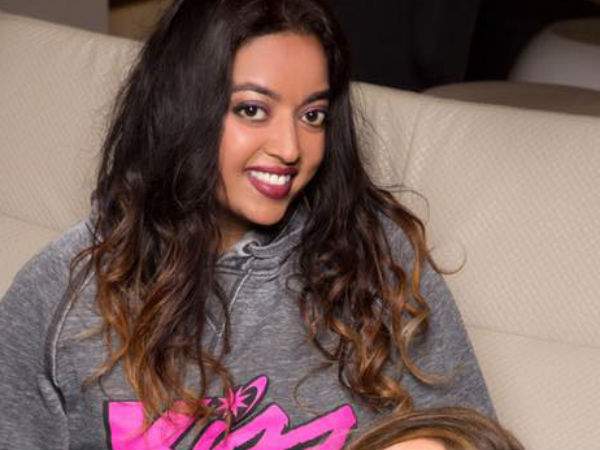 Clan cool: Medha Gandhi smiles at how badass all the Gandhis are in their own ways

What is your idea of freedom?

Being an American, freedom is a huge part of my life. To me, it's the ability to make your own choices, relating to anything: religion, politics, love, clothing, body that is based on evidence you've freely been able to attain. It also means suffering the consequences of those choices, whether good or bad. And to me, the idea of right and wrong is pretty simple. I'm not a religious person, but they all have common threads of what it means to be a human. Help your neighbor, hurt others as little as you can, do your best, be proud of yourself and what you did at the end of every day, fulfill your potential.

What advice would you give young people such as yourself?

If the world were watching, would you still be proud of what you're doing and the work you put in that day? If the answer is no, then you're probably doing the wrong thing. I think young people should take that general thought and tailor it to them personally. Follow your own moral compass. Most revolutionaries took the untraveled path, the path everyone told them not to take.. maybe they did things others found shameful. Gandhiji spent time in jail, so did Martin Luther King Jr. People thought they were 'wrong' at the time, but look what came of it. Who am I to tell someone else that their life is right or wrong? Personality match: Medha is not a religious person, but follows the common threads of what it means to be a human

I have two mottos that rattle around in my brain at least once a day:

1: "I'd rather regret the things I did rather than the ones I didn't because the tricky thing about opportunity is that it may only knock once"

2: "This too shall pass" there is no truer statement to me than that. No matter what it is, sorrow, lust, life.

Everything is cyclical, and the circle rolls on. I try to take it all in as it comes. I wallow in the highs while they're there because I know they'll go away. And I fall into the sadness when I feel it because I know it's not forever  -  no matter how much it seems like it at the time. I actually have that tattooed across my heart. Yes, I have a tattoo across my heart! It will also remind me of my dad forever, as he's the one who taught me this. But he doesn't know about the tattoo... yet.

Do you believe that culture can chain people or set them free?

Of course culture and tradition chain people. It's the single biggest chain of people. Culture is a beautiful thing, but as people progress, culture needs to progress as well. If it doesn't, then one needs to look back at their moral Compass to decide how they wish to proceed. I'm well-aware of the fact that many people shake their head at me and mutter "what a shame," but my family loves me, and they're proud of me. They don't always get it, but they support me fully. I'm proud of myself. I don't think I'm a bad person just because I wear shorts and have tattoos. I think the culture needs to relax a bit when it comes to those things.